Back when Ezio was still in diapers, Agent 47 was out there showing us all the fun ways in which you can assassinate people. Sure, Assassin’s Creed has continuously succeeded in its stealth and assassination elements, but Hitman has always offered you more freedom. In fact, every single game in the franchise encourages creativity, and Hitman Sniper: The Shadows is no exception.

Ever since its initial announcement, I’ve been eagerly awaiting Hitman Sniper: The Shadows. To be honest, any time a new title from this series is in the works, it piques my interest. However, the thing that interests me the most is the sniper element, and how the mobile games approach this single form of assassination.

The latest Hitman mobile game takes clear influence from both its predecessors on the platform, as well as from the mainline series that propelled Agent 47 and co to international stardom. Of course, I should mention that the bald assassin isn’t who you play as in The Shadows. Instead, you can choose from a range of agents, with each one having a different specialisation.

For example, if you like to flex your sniping skills by tallying up the headshots, you’ll want to use a character that specialises in them. But this doesn’t mean that you can’t be creative and approach contracts in various ways, regardless of who you play as. It simply means a specific approach is more viable to you – and there’s nothing to stop you from revisiting a closed mission if you do want to discover other ways of completing it. 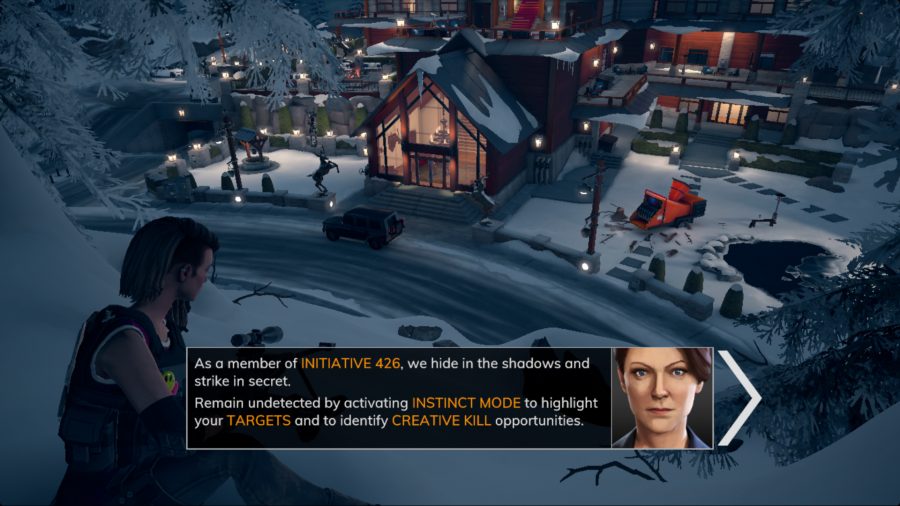 More often than not, I’d complete a contract, only to have a moment of realisation where I understood just how many options were presented to me, even if I didn’t necessarily spot them to begin with. It’s a crucial element of the game, and it’s easy to see that the essence of creativity remains in Hitman Sniper: The Shadows, despite being limited to aiming down a gun.

For example, hiding bodies has always been a huge part of Hitman. The better the assassin, the closer they get before you know they’re there, and this usually means they hide the casualties that piled up on the way to you. In The Shadows you can time your shots carefully, and shoot a guard when they’re in front of a bush, which propels them into it, thus hiding the body after a successful kill.

I had to revisit contracts just to take it all in

The environments and levels in Hitman Sniper: The shadows are also rich in design. More than once, I had to revisit contracts just to take it all in. Of course, being able to assassinate my target a different way each time didn’t hurt the replayability either. It’s fair to say that Hitman Sniper: The Shadows captures everything about the franchise perfectly, with no stone left unturned in terms of giving you rich missions that are as aesthetically pleasing as they are creative.

Right, so I’ve rambled on about how fantastic the main essence of the game is, but how do the controls fare? Well, I have nothing to complain about. Honestly, the mechanics are simple, easy to get a hold of, and zooming in and out of your sniper scope feels natural. Better yet, aiming feels smooth as butter. Instead of constantly swiping the screen to look around, simply gliding my thumb in one direction across the display worked perfectly. 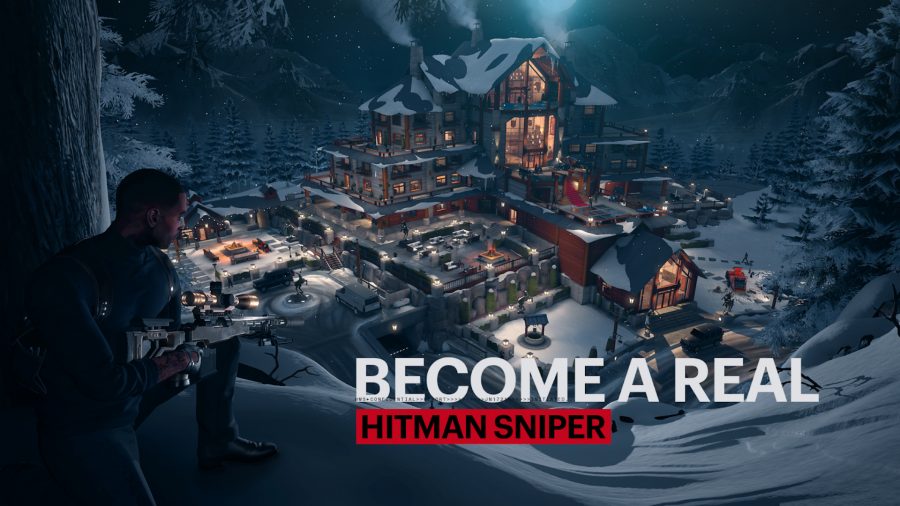 At no point did I feel hindered by sluggish aiming, or slow movement. Plus, I’d argue that the slight sway you experience when aiming adds to the intensity you feel for each shot. If you don’t time it perfectly before pulling the trigger, you might not score so many points – or you might miss the target entirely.

Furthermore, not only do you have a fire button for the gun, but each agent has special abilities. For example, the character you begin the game with, Knight, can kill a group of close-knit enemies in a single shot, which is very handy for clearing crowds. Though you do still need to consider all outcomes – three bodies are easier to spot than one, after all.

Graphically speaking, as I’ve already said, Hitman Sniper: The Shadows is easy on the eye, and this makes it even harder to put the game down. You’ll frequently find yourself saying, ‘one more contract, ah, just one more,’ yet, this is rarely the case, and it being a pretty game helps with that. Mind you, it might not even be a case of ‘one more contract,’ it could be that you replay the same contract a few times before moving on.

All in all, Hitman Sniper: The Shadows is a solid stealth-assassination sniper game, one that pays homage to its roots on both mobile and consoles. Whether you’re an existing fan or new to the franchise, this game is worth your time, and I highly recommend giving it a chance.

Arguably one of the best sniper games on mobile, the level of creativity here is fantastic, and it stays true to its roots. Hitman Sniper: The Shadows is a must-play for longtime fans and new assassins alike