KartRider Rush+ just launched on iOS and Android, throwing the gauntlet firmly down at Mario Kart Tour, the reigning champion of kart racers on mobile. While the competition is stiff, KartRider Rush+ has already separated itself from the pack by dominating in a space that Mario Kart is usually unbeatable at: online multiplayer.

Mario Kart Tour infamously launched without the feature, with only the mere promise of online multiplayer launching at a later date. When it finally did arrive, it was pretty bare-bones, and still doesn’t quite live up to the standard of the latest entry in the series on console, Mario Kart 8 Deluxe. KartRider Rush+, meanwhile, launched with multiplayer right out of the box, and a wide variety of modes to boot.

We were huge fans of KartRider Rush+ at launch, giving it a whopping nine and describing it as a “feature-complete kart racer with excellent multiplayer out of the box and clever avoidance of off-putting pay-to-win mechanics.” We were really curious about how developer Nexon managed to pull off the difficult feat of beating Mario Kart at its own game, so caught up with the game’s producer, Dennis Bernardo, to discuss the finer details. Bernardo was keen to stress that it was no accident.

“KartRider has always been a huge IP in Asia. The PC version has always had a huge presence, both now and in e-sports, and KartRider Rush+ was actually released last year in China to expand
and test that mobile market. It did phenomenally well there. That was one of the guiding factors that helped us bring that mobile experience to Korea, Taiwan, to the US, and other global
markets, because we think now is the right time for this IP and the kart racing genre to expand.

“We’ve seen there’s an appetite for kart racer games on mobile, especially as other similar games out there are doing phenomenally well and so we thought it was the right time to expand.”

It seems Nexon wasn’t wrong. A mere week after the pre-registration campaign kicked off, KartRider Rush+ had garnered over three million sign-ups. It seems that mobile kart racers were looking for a multiplayer experience that Mario Kart Tour couldn’t offer. 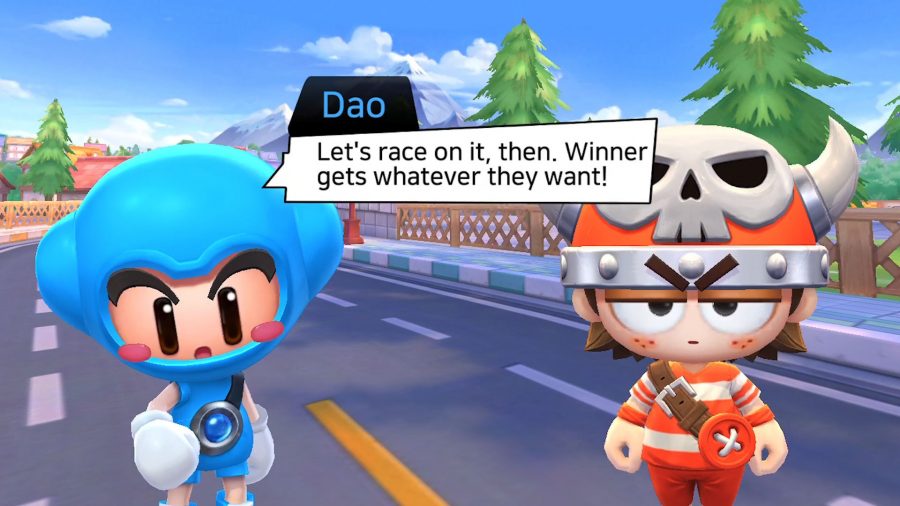 “KartRider Rush+ launched with five modes, including Speed Race, Arcade, Ranked, Story, and Time Trial. Arcade Mode also has several game modes including Item Race, Infini-Boost, Lucci
Runner, and Relay Race. Some of these modes, like Speed Race and Time Trial for instance, rely heavily on your mechanical skills on the track by using drifting and turning, and your familiarity
with the track, as your ultimate way to victory. Meanwhile others, like Arcade and Story, provide players of all skill levels accessible ways of experiencing KartRider.

“What allowed us to overcome challenges associated with launching with multiplayer modes was our long service in China, which enabled us to iron out many of the issues like general playability and network concerns. Prior to launch, we also conducted several internal tests as well as a short public test in Asia to ensure a smooth release.”

Given that KartRider Rush+ previously launched in China and other territories in Asia, and Mario Kart Tour only arrived last year, we can see that releasing an enhanced port of the original iOS release wasn’t a kneejerk reaction to Mario Kart Tour’s success. However, we were curious to see whether Nintendo’s efforts influenced KartRider Rush+ in any way. 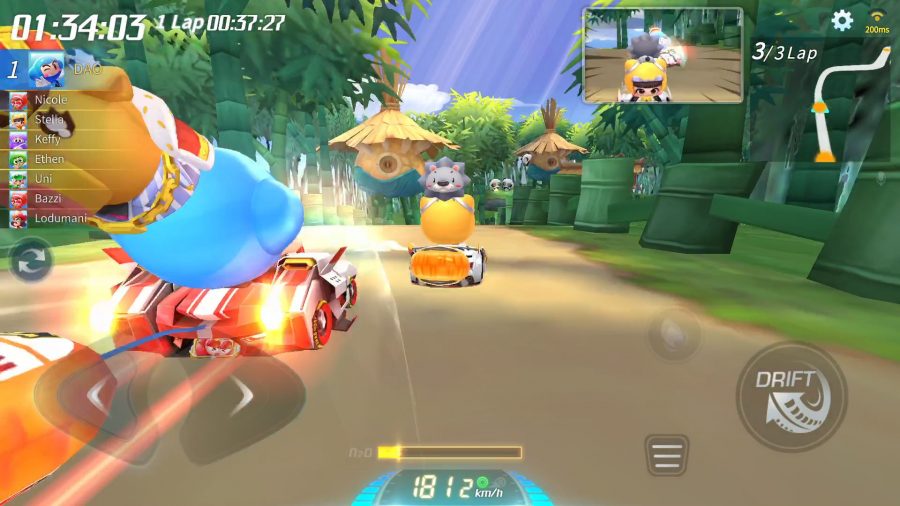 “Mario Kart Tour reintroduced players to competitive kart racing on mobile, and we’re happy to see Nintendo find that groove. In fact, we’re big fans ourselves. What we’re doing with KartRider Rush+, however, is providing players with another avenue to access KartRider by bringing in the series’ hardcore and casual race modes, characters, and more to mobile.

“When developing KartRider Rush+, we based the game heavily on the already successful PC version, while adding some new modes and features unique to the mobile platform.”

Nexon doesn’t plan to end the western growth of KartRider there though, as a PC and Xbox One entry, KartRider: Drift, is scheduled to launch later this year. Unlike its primary competition, Mario Kart 8 Deluxe, Crash Team Racing, and Team Sonic Racing, KartRider: Drift is completely free-to-play. Given that the monetisation is the same, and the release dates are close, we wondered whether Nexon had any plans for a future crossover. 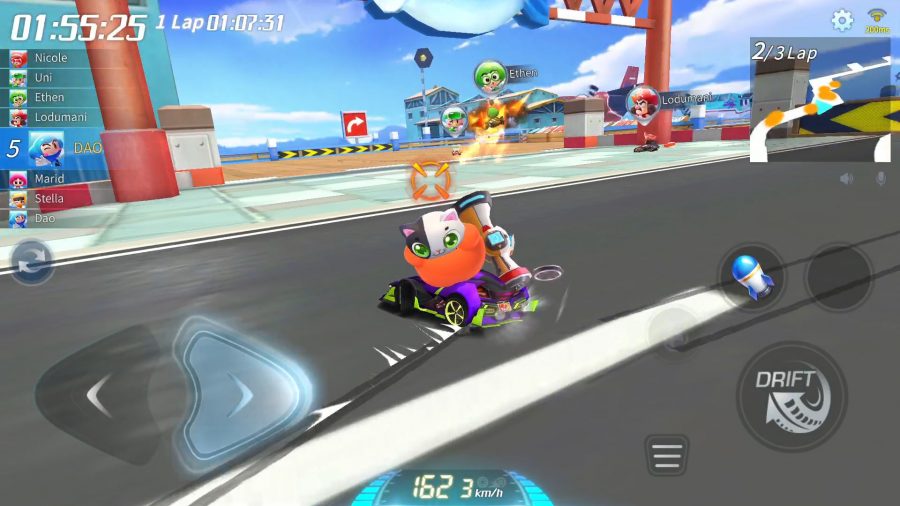 “KartRider: Drift and KartRider Rush+ are two different experiences. KartRider Rush+ is a standalone mobile title focused more on social features, delivering a unique story to the franchise through Story Mode, a deep competitive racing experience on mobile, along with a
wider selection of game modes.

“KartRider: Drift is built from the ground-up using Unreal 4 to deliver a cross platform experience for players on both PC and Xbox One. As these are two separate experiences, there are no plans for crossplay between the two games.”

That doesn’t mean we won’t see new content for KartRider Rush+ though, with Bernardo keen to boost the number of cosmetic options as the game matures. 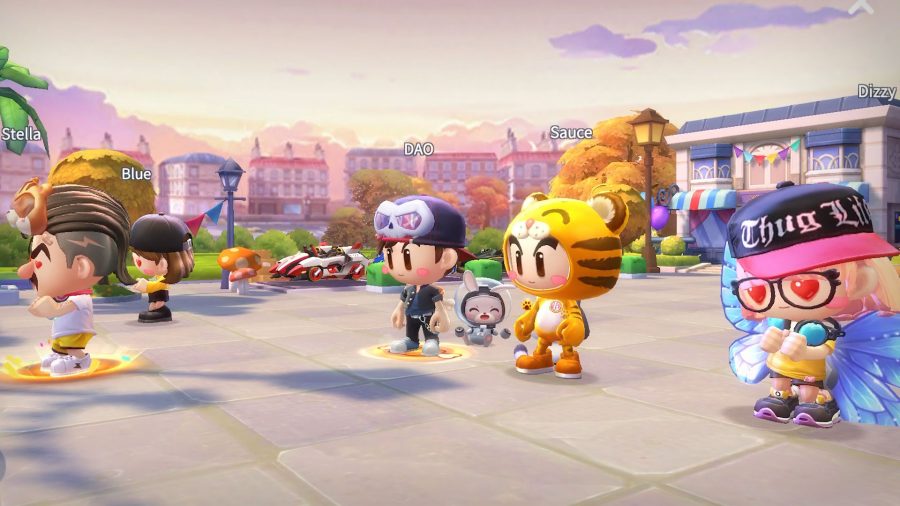 “Right from the get-go, we provide players with over 50 tracks and 20 new cars to enjoy. As time goes on, we’ll be looking to add additional tracks, cars, characters as well additional customisation options for players to make their karts and characters their own.

“Players can already unlock customization options right from the beginning, and we plan on continually building on these options.”

We’d like to thank Dennis Bernardo, KartRider Rush+’s producer at Nexon for taking the time to answer our questions and Gabrielle Hibberd of Heaven Media for putting us in touch. You can grab KartRider Rush+ on iOS and Android via the App Store and Google Play respectively.