I’m just going to get straight to the point: I’m pretty conflicted in how I feel about Kingdoms of Amalur: Re-Reckoning on Switch. On one hand, I’m utterly delighted to play a game that isn’t a blurry mess, making a total mockery of the 4K TV I probably shouldn’t be playing it on, because Re-Reckoning looks amazing for a Switch game – and runs just as well.

That probably isn’t all that surprising given that it’s nearly a decade old at this point, but a game running in full-fat HD with a solid frame rate is nothing to sniff at on Switch. (Please, Nintendo, give us a Nintendo Switch Pro already!)

On the other hand, Kingdoms of Amalur really feels its age. Actually, if I’m being perfectly honest, it feels older than that. Play this and then Skyrim immediately after, and suddenly Bethesda’s decade-old RPG doesn’t appear all that dated. Re-Reckoning isn’t clunky or broken, but it is certainly a product of the past.

Moving your character is floaty and feels more like you’re driving them as opposed to making them prance over beautiful fields of green. Combat is a similar affair. It has no real weight to it, and stuff we take for granted in other action titles, like being able to dodge or block mid-swing, is absent here.

Visually, it shouldn't take you long to figure out the inspiration

The one exception to that is the magic system, which is still unlike any other fantasy RPG that I’ve played. While magic is often a finicky and static affair, in Amalur it feels much the same as melee combat. Just with swords and hammers swapped for flames and lightning.

Mechanically, its closest comparison is the Fable series, right down to being able to swap between melee, ranged, and magic with the tap of different buttons. With very little effort, you can swap between a massive sword-wielding warrior to a stealthy rogue or a wizened wizard. That’s very welcome, of course, but it doesn’t feel as good as Fable, with combat having very little weight to it. 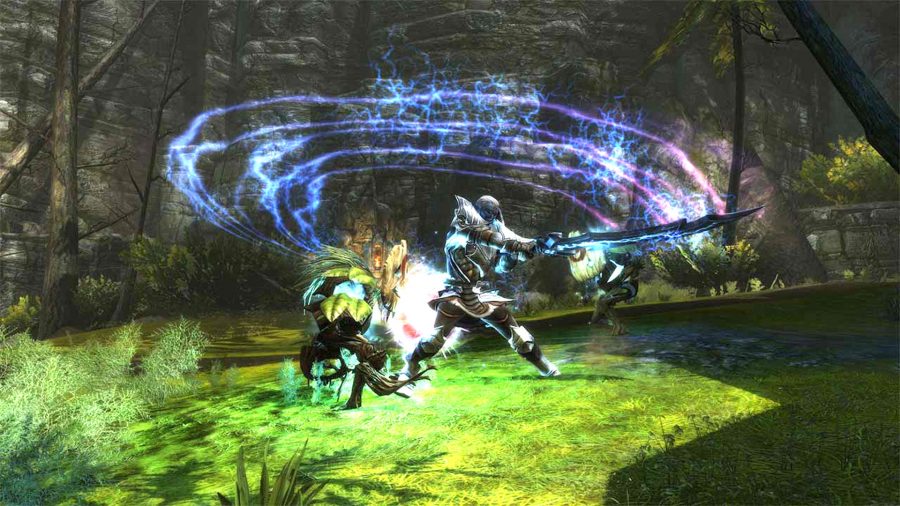 It's nothing you haven't seen before

Visually, it shouldn’t take you long to figure out the inspiration: World of Warcraft. That sort of makes sense when you consider that Amalur’s roots were as an MMORPG. Really, it’s hard not to feel like it was a cynical attempt to draw from the biggest RPGs in the world to create a super variant. History clearly tells a different story, but to this day there’s just some part of Amalur that feels hollow and lacking in soul.

That even extends to the plot itself, which is surprising given that it takes place in a world designed by the prolific fantasy writer R. A. Salvatore. It’s as if the brief was to make Lord of the Rings-lite, and Salvatore took that a bit too literally. 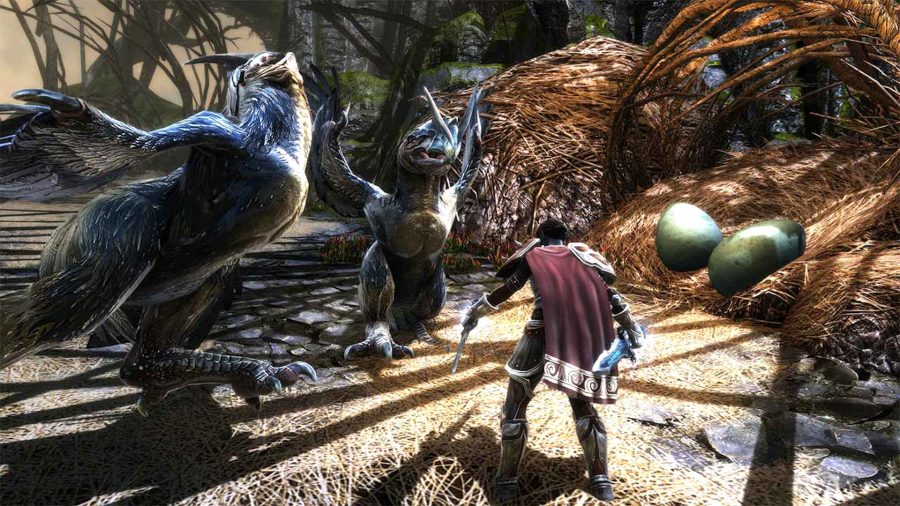 Overall, Kingdoms of Amalur: Re-Reckoning is a difficult game to review, as there’s nothing particularly broken or bad about it. It’s just uninspired and uninspiring. A huge point in the Switch port’s favour is that it runs really well on the hardware, and there really isn’t much competition for a massive open-world western RPG on Nintendo’s platform. That fact alone will likely shift a good few copies.

If you’re a big fan of the genre, and you’ve already played the heck out of Skyrim, you’ll get a kick out of Amalur. It’s nothing you haven’t seen before, but it’s perfectly functional and has a ton of content to keep you busy until something more interesting comes along.

There's nothing wrong or broken about Kingdoms of Amalur: Re-Reckoning on Switch, it's just an uninspired experience that pales in comparison to the genre greats.