Everyone’s favourite little pink star-surfer is back for a new adventure in Kirby and the Forgotten Land. As you might guess from the title, Kirby is away from home for his latest journey into the unknown, which means there’s a host of new characters to join forces with or fight against in the Forgotten Land.

Fortunately, we’ve set up a little meet and greet so you can get to know the new and returning Kirby characters before jumping into the latest escapade. From the big bad, to little helpers, there are a ton of different faces throughout Kirby’s biggest adventure yet, so you should familiarise yourself with the core cast if you want to get a head start hoovering up the neighbourhood. 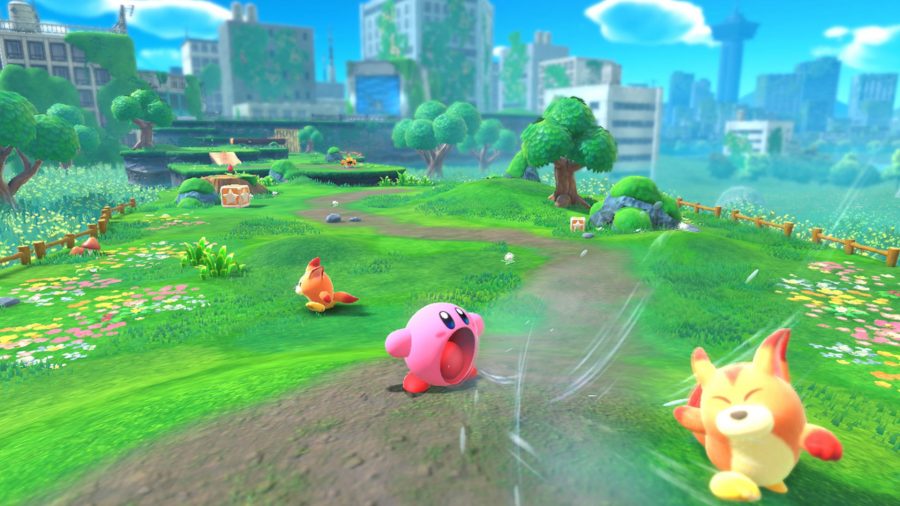 The pink ball of love himself. Kirby is once again the star of his own show in Kirby and the Forgotten Land, as he finds himself in a strange new place far from home. A change of setting apparently means a new power for Kirby too, as with the new mouthful mode you can take control of almost anything, from cars to vending machines, all of which provide the star-surfer with suped-up powers.

There’s not too much else to say about this interpretation of Kirby, he’s the same as he’s ever been with a bit of extra gloss and a driving license. Good for you, Kirby, just don’t forget your travel pillow. 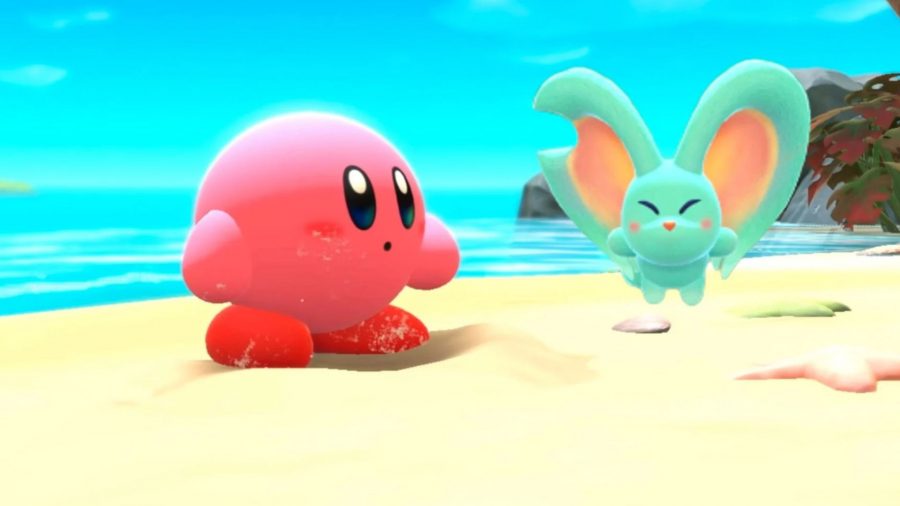 Kirby’s guide to the forgotten land, Elflin is a cute new addition to the superstar allies. After saving Elfilin from capture at the start of the game, the charming chinchilla joins Kirby on his quest to free the Waddle Dees. We’re sure that there’s something important about Elfilin, but that’s up to you to find out.

Once you set up Waddle Dee Town, a place of respite for rescued Waddle Dees, Elfilin acts as something of a mayor, helping you to set up new establishments and assist the residents with their new lives in the Forgotten Land. It has to be said, he does a better job at running a town than Tom Nook. 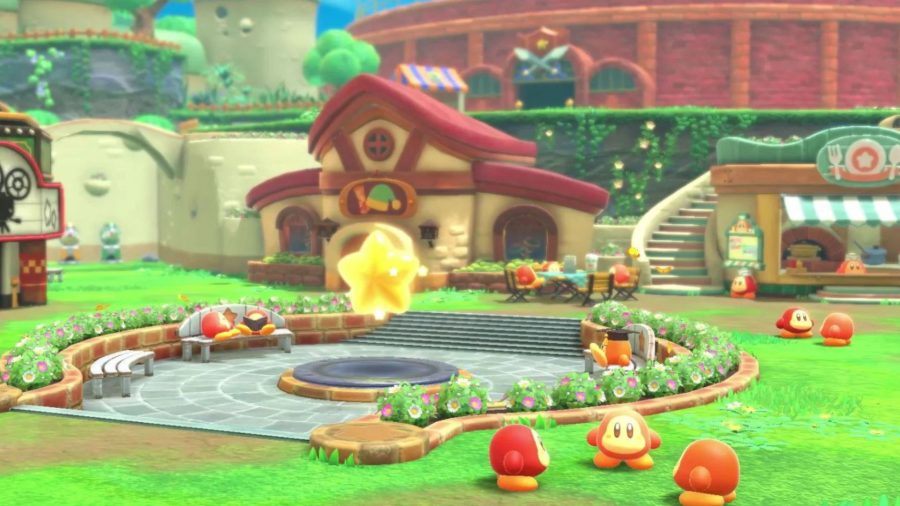 Oh, sweet innocent Waddle Dees. After being sucked through the dimensional portal alongside Kirby, the Waddle Dees are taken prisoner in the new land, as groups of animal antagonists take the visitors prisoner.

Your aim as the star-surfing Kirby is to free them from their confines and help get them to safety. Once saved, the Waddle Dees help Kirby in kind by opening up new locations inside of Waddle Dee Town, giving you access to minigames, customisables, and collectables. 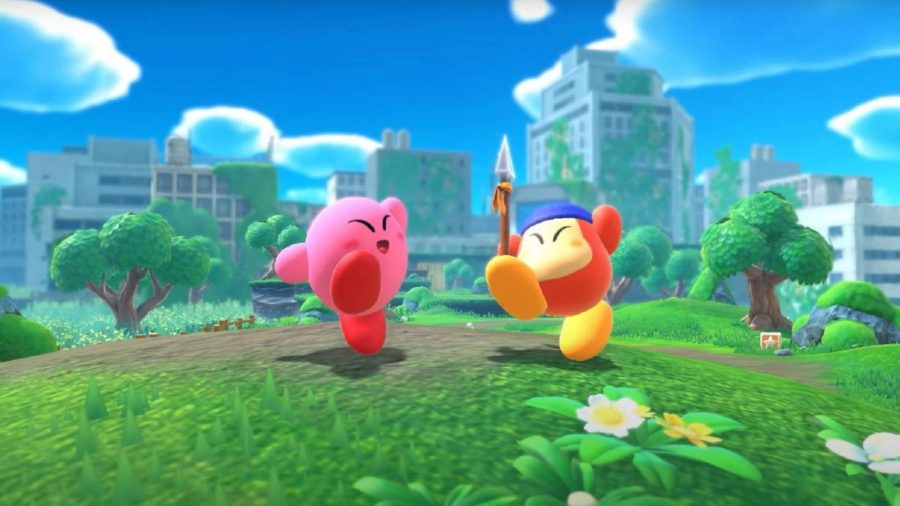 Not all the Waddle Dees need rescuing. There’s a bad boy of the pack ready to pick up the pace and join Kirby to free his captured brothers and sisters, and we call him Bandana Waddle Dee. If you’re planning on playing Kirby and The Forgotten Land co op, you’ll quickly become accustomed to the bandana battler, as he charges into the fray with Kirby. 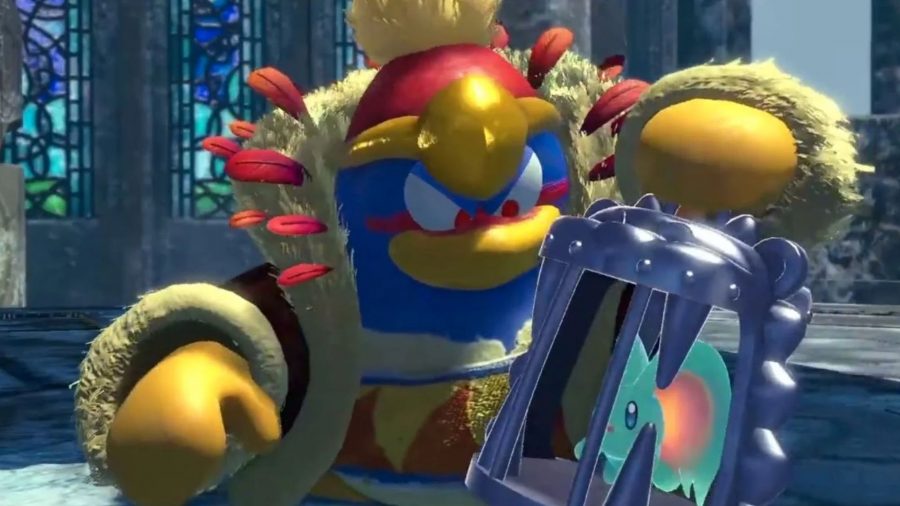 The big bad of the Kirby universe is back once again to bang his hammer, and presumably, catch some pink hands. Unfortunately, it seems that Kirby just can’t escape the clutches of his old nemesis, and even in this new environment, the big bad bird just doesn’t quit. Thanks to the trailer, we know that King Dedede plays a big role in the plot, but what he has up his sleeve is yet to be seen. 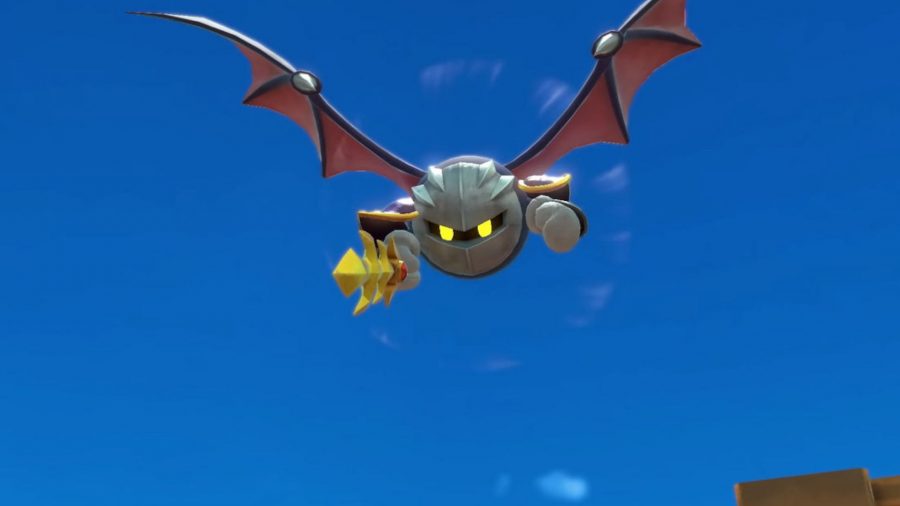 King Dedede isn’t the only long-time Kirby adversary back in the fold. We’re still not sure how Meta Knight’s return will play out outside of the colosseum battle features, as all we’ve seen so far is the gallant warrior lock swords with Kirby in the arena. Still, there’s plenty of scope for this anti-hero to add a twist or a turn to Kirby’s latest adventure. 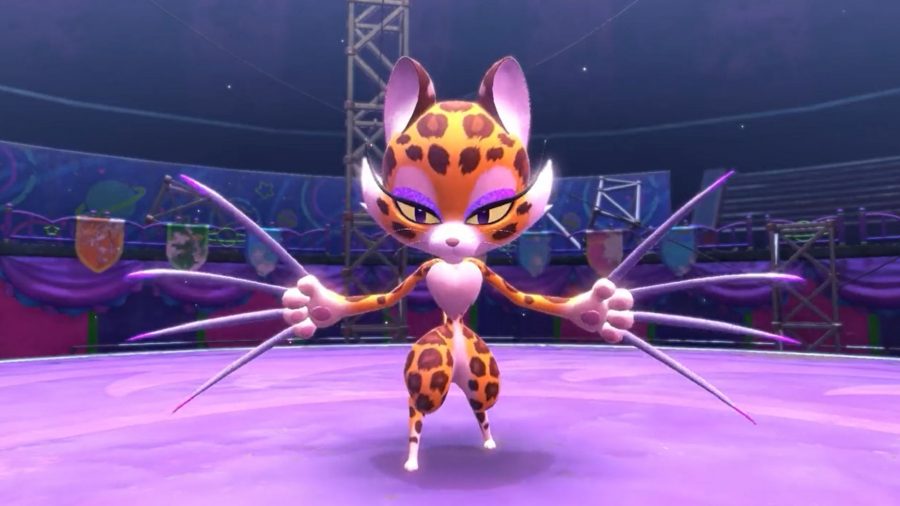 Rather than an individual character, all of the antagonists besides King Dedede make up the Beast Pack. You meet common enemy members like Awoofy, a wolf-like creature, and Digguh the mole early on, before bumping into bosses like Gorimondo the gorilla, or circus cat Clawroline later in the game. We don’t want to spoil the full line-up here, but there’s a wealth of baddies in the Beast Pack for Kirby to suck up and see off. Take a look at our Kirby and The Forgotten Land bosses guide to learn more.

There you have it! With that comprehensive list of Kirby characters, you’ll be off to a flying start figuring out the secrets of the forgotten land. Once you’ve caught up with Kirby, why not pay a visit to another classic Nintendo mascot with the best Mario games on Switch.