The Lego Star Wars franchise is being treated well by Apple this year. First Lego Star Wars Battles hit Apple Arcade – a real-time strategy game that emphasises PvP – and now Lego Star Wars: Castaways is here. If you’re wondering what the game entails, the word ‘castaways’ is a good indicator.

The game begins with you creating a character, as is standard with most Lego games. For me, this has always been one of my favourite things about these titles. Sometimes I create the wackiest stacks of bricks I can, while other times, I make something so gorgeous that I wonder if I’m a bricksexual. Castaways doesn’t feature as many creative options as other Lego games at first, but there’s enough choice to make you stand out from the crowd. Besides, as you explore the island, you’ll find some recognisable Lego Star Wars pieces to equip your hero with.

Upon finishing your bricktastic creation, you wake up on a beach on an unfamiliar planet – hence the name Castaways. Not to worry though, you’re not here long enough to form an unhealthy relationship with a ball named Wilson. Soon enough, you find yourself thrown into the action with a new weapon known as a V.R.O.O.M, which essentially looks like a broom without the bristles.

Upon completing the game’s tutorial section, that’s when the fun truly begins, letting you explore the island in this far away galaxy. Exploration is yet to become tiresome for me, as the island offers different locations, is engaging, and it’s always fun. Lego games, especially the Star Wars ones, feature amusing gags, and historical moments from the universe in which it takes place. In addition, there are story missions for you to complete should you wish to, and there’s no need to worry about finding your way as a navigation arrow is present. 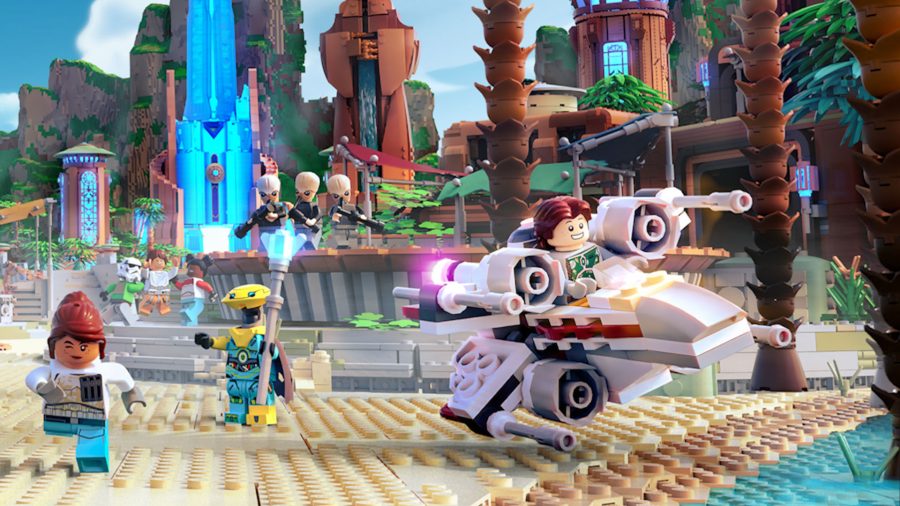 The controls are smooth, making movement easy and combat a fun time, rather than leaving you wanting to throw your iPad across the room in a fit of rage at clunky controls getting you killed all the time. The touch screen features an analogue stick for movement on one side, with action buttons available on the other, allowing you to roll and attack. If I’m honest, anytime I dive into a mobile game like this, I’m wary of what the controls will be like, but games like this leave me questioning where this inner fear comes from.

I still find myself stopping to take in my surroundings

Oh, and how could I forget to mention the graphics. From the moment I woke up on that beach, I was in awe of its blocky beauty, and to be honest, I still find myself stopping to take in my surroundings. There’s a surprising amount of beauty to be found in Lego games, and Star Wars: Castaways is no exception.

Perhaps the most appealing aspect of this game though, is playing with friends. There is a range of activities to participate in, and, of course, having friends around you helps your sanity when stranded on a mysterious planet. Or, if carnage and mayhem are more your thing, you can jump into some PvP arenas. Oh, and it’s not just combat you can engage in. You can also race with your micro fighter, which, like your character, is fully customisable with unlockable parts. 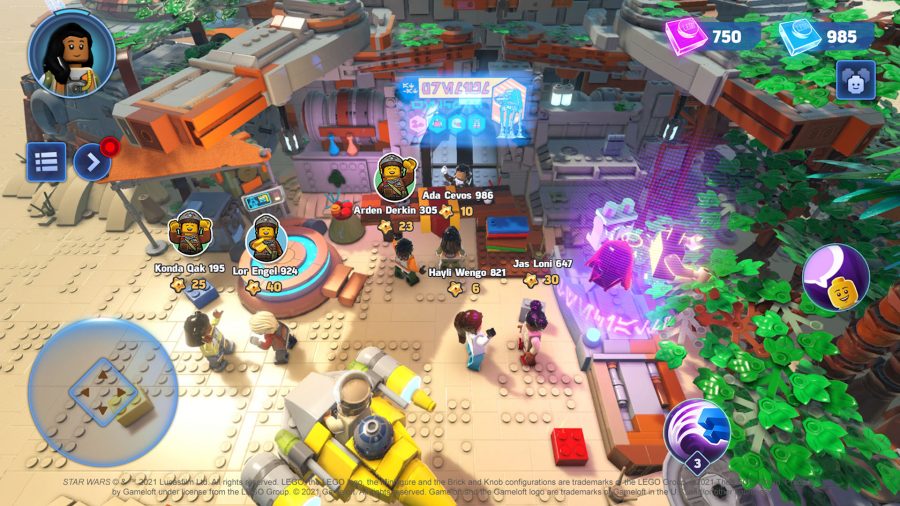 Given the game is only available on Apple Arcade, you must have a subscription in order to play it. Honestly, if you still have your free trial I’d suggest redeeming it just to give this game a try. For me, I consider it worth it even if you don’t have a free trial. It’s a good time that’s bound to keep you entertained. Besides, if you do subscribe to Apple Arcade, you get access to tons of other interesting titles too.

If you’re a Lego fan, a Star Wars nerd, or just an Apple Arcade subscriber, I suggest you instal Lego Star Wars: Castaways. It’s a fun journey that features everything you’d want from a quintessential Lego title. Not to mention the smooth controls and pretty graphics that are easy on the eye.

Waking up on a mysterious blocky island has never been so fun. Lego Star Wars: Castaways features all the fun you'd expect from the series, and is a worthwhile experience for any Apple Arcade subscriber