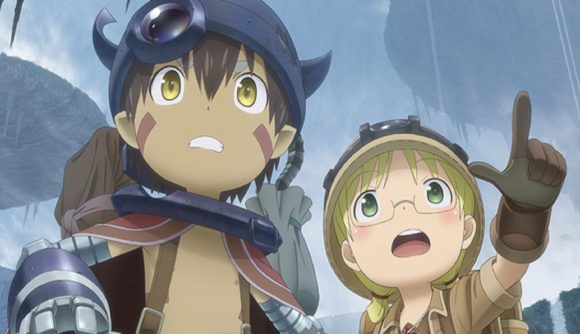 Spike Chunsoft has just announced a popular anime and manga series is making its way to the Nintendo Switch in 2022. Made in Abyss: Binary Star Falling into Darkness is a 3D action RPG with an original story that makes it something fresh for long-time fans. The game is said to take place mere days after Riko and Reg leave for the abyss.

It’s also set to release on PS4 and Steam, and luckily for English-speaking fans, Spike Chunsoft has confirmed that Made In Abyss is also heading to North America and Europe. For those of you who just so happen to be in Europe, you can pick up a physical copy from Numskull Games.

Unfortunately, we still have to wait until sometime in 2022 to get our hands on a copy of Made In Abyss: Binary Star Falling into Darkness. However, we will make sure you are kept up to date with the latest news relating to the game and its upcoming release date.

You can find the announcement tweet and some gameplay screenshots below.

Descend into the world of the Abyss and grow through surviving its depths in this 3D Action RPG. Relive the anime’s story in the game and experience an original story supervised by the series author, Akihito Tsukushi. Event scenes are fully voiced by the anime’s cast! pic.twitter.com/5cGYBwWAes

If you need something to play while you wait for 2022 to roll around, we recommend checking out our lists of the best mobile RPGs and biggest new Switch games of the year.