2020 was another terrific year for Nintendo Switch fans, with tons of quality titles having hit the beloved handheld system over the last 12 months. However, 2021 is poised to be the Switch’s biggest since its 2017 launch, serving up no shortage of hotly anticipated games to play on the couch or while out and about.

What’s so impressive about the Switch is just how varied its catalogue of games has become. There’s genuinely something to suit all tastes, from quality indie titles to the biggest of AAA blockbusters. We’ve also continued to see a number of miracle ports launch on Switch, which will no doubt continue into next year, as well as the arrival of cloud gaming on Nintendo’s platform.

There’s so much to look forward to that it can be hard to separate the wheat from the chaff – which is exactly what we’ve done for you with this list. Now all you need to do is check back here to see what’s worth getting excited about. So, without further ado, here are the biggest new Switch games coming in 2021. 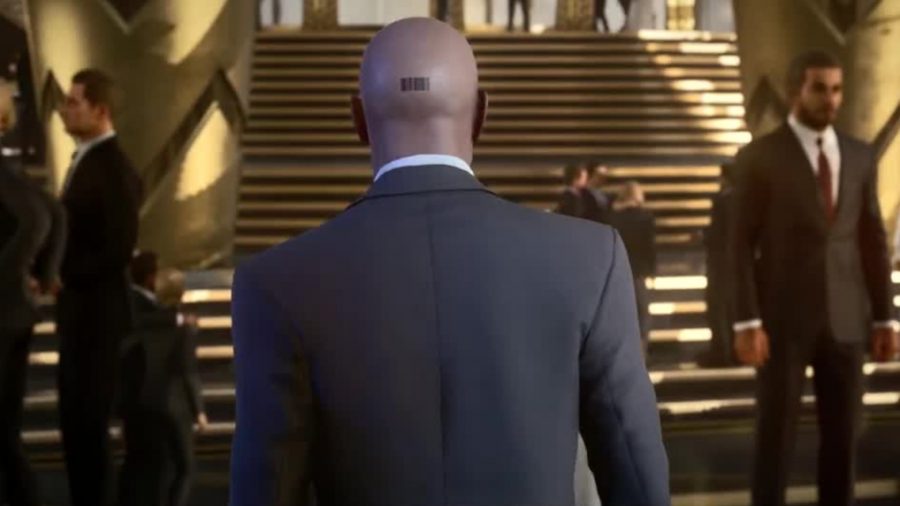 The Hitman series has a long and storied past with many highs and few lows. The most recent trilogy, however, has been nothing short of exceptional, with the upcoming Hitman 3 looking to end Agent 47’s World of Assassination arc on a high.

IO Interactive’s latest is a real looker, boasting sprawling locations, giant crowds, and a stunning attention to detail. In fact, it might be just a bit too much for the dear ol’ Switch to handle, which is why it’s being made available on Nintendo’s system as a cloud title.

Provided you have a decent internet connection, this means that Hitman 3 on Switch should require minimal concessions, meaning we’ll get to experience the game’s Dubai, Dartmoor, and more as they were intended to be seen. 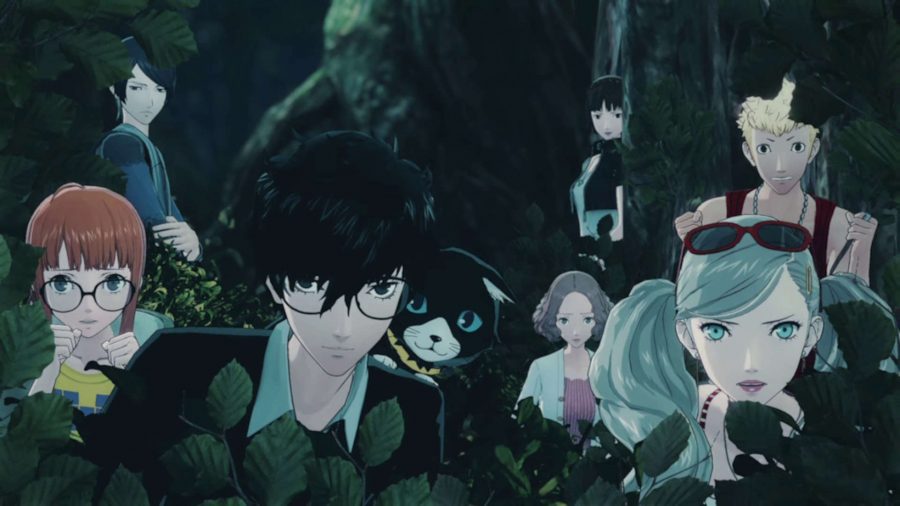 Persona 5 Strikers is a very different game than what fans have come to expect from the series. This Dynasty Warriors-esque musou game combines hack-and-slash combat with a dash of Persona’s signature social link system. Though the social system is now called ‘band’ and is much more focused on team upgrades than relationship building.

With the lack of Persona titles on the Nintendo Switch, Strikers is a welcome addition to the console, and we hope this is the beginning of many more Persona games, whether they’re remasters or new additions to the series, on Switch. 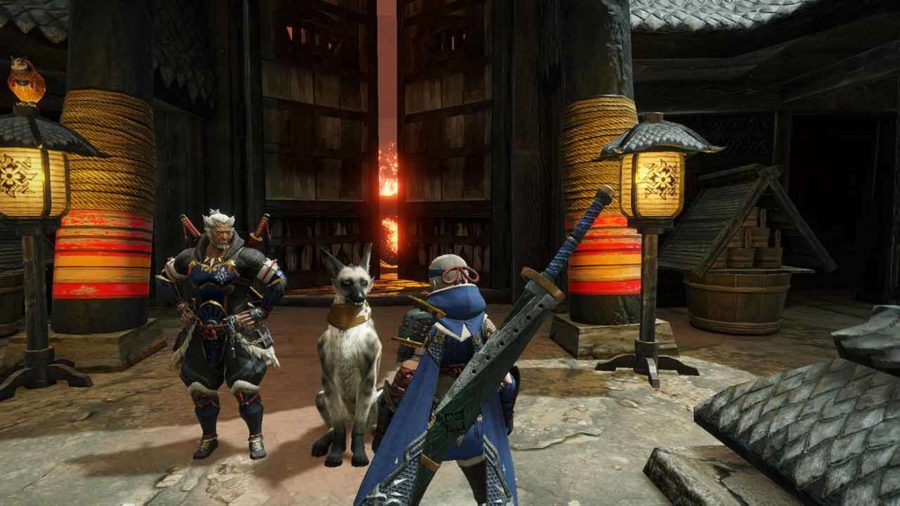 Fans of the series will be pleased to hear that Monster Hunter Rise is one of two Monster Hunter titles coming to the Switch in 2021. Rise is a role-playing action game that includes some beloved Monster Hunter mechanics with even more added goodies. It builds upon Monster Hunter: World in the best ways, with fresh, fast-paced combat and a much more focused story.

Along with the return of the adorable fan-favourite Palico cats, Monster Hunter Rise introduces some precious doggos called Palamutes, and these good boys alone are enough to entice new and old fans of the series alike. But if you need more convincing, take a look at our Monster Hunter Rise first impressions piece for more juicy details. 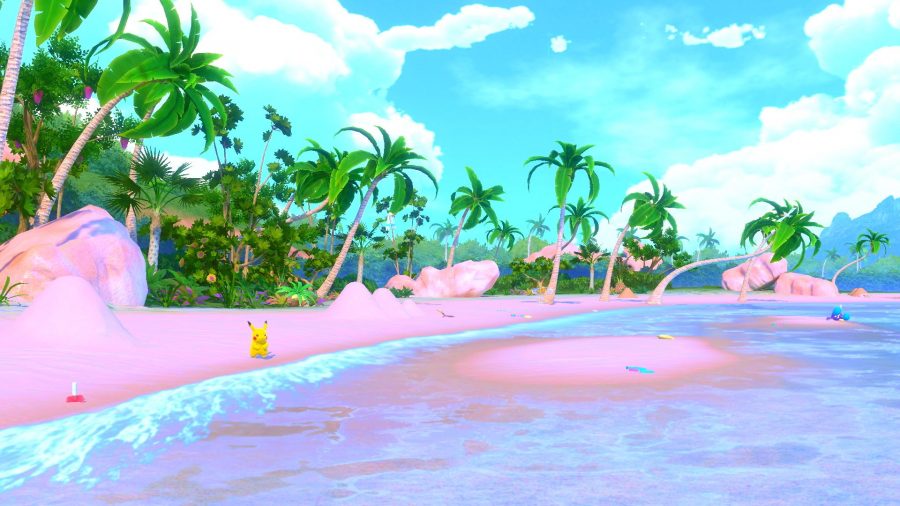 The original Pokémon Snap came out on Nintendo 64 over 20 years ago, meaning New Pokémon Snap will be released to a brand new audience of Pokémon fans while still appealing to those who have stuck around since the original’s launch.

Pokémon Snap is an on-rails, first-person photography game that sees players drift around different locales in a minecart-like device to take pictures of adorable Pokémon. If New Pokémon Snap is anything like the original, a Pokémon professor will grade your photographs and provide you with fun bonuses to help you become even better. 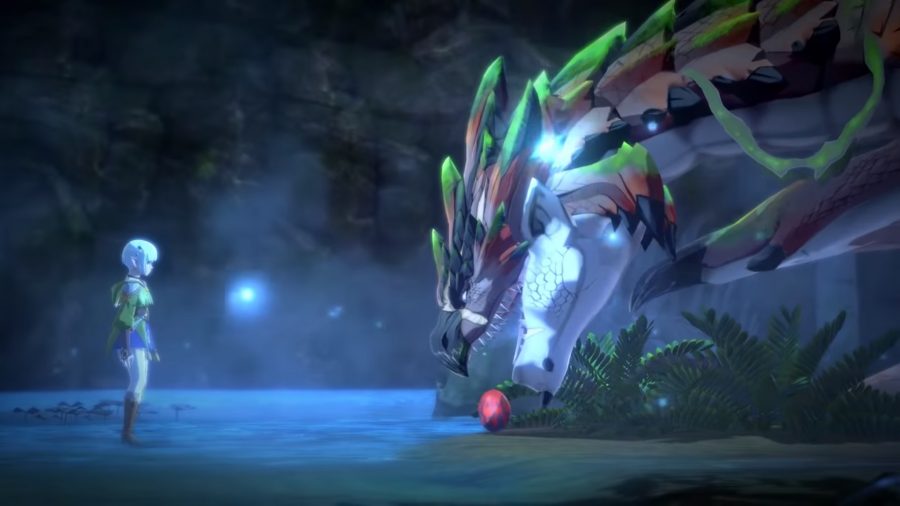 The original Monster Hunter Stories was a cutesy 3DS and mobile RPG that offered a more stripped-back and welcoming take on the Monster Hunter formula. This upcoming sequel looks to build upon that vision by serving up a charming cast of characters and a friendly, upbeat tone – all brought together with a gorgeous presentation on Nintendo Switch.

Its strong aesthetic and heavier focus on narrative should set it apart from the equally promising Monster Hunter Rise, and the Monster Hunter Stories 2 release date is currently set for July 9. 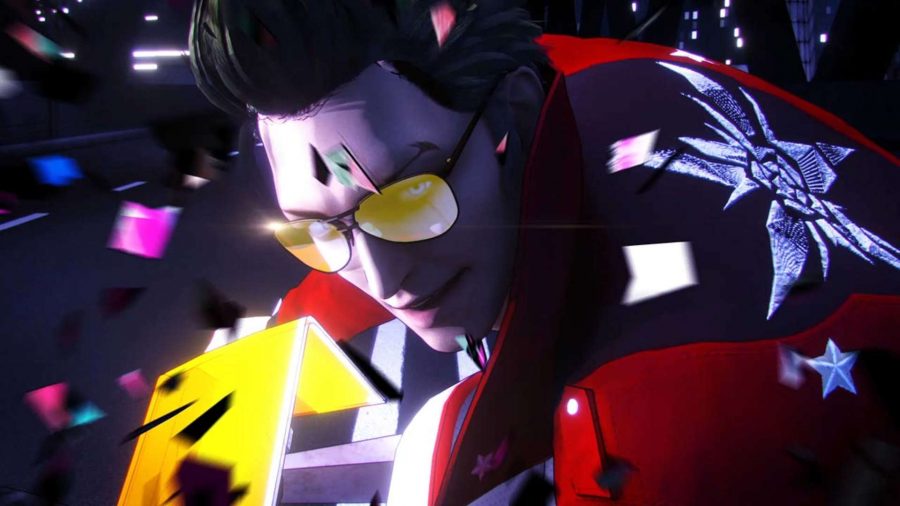 There’s nothing else quite like No More Heroes, which is why it was cause for celebration when the first two games hit Switch earlier this year. These ultra-violent, tongue-in-cheek action titles cast you as assassin Travis Touchdown as he attempts to defeat his colourful rivals and cement himself as the best in the business.

Not a great deal of info is known about this hyped third entry, but it is currently expected to launch sometime in 2021. For Suda51 fans, this one can’t come soon enough. Thankfully, we don’t have too long to wait, as the No More Heroes 3 release date is August 27. 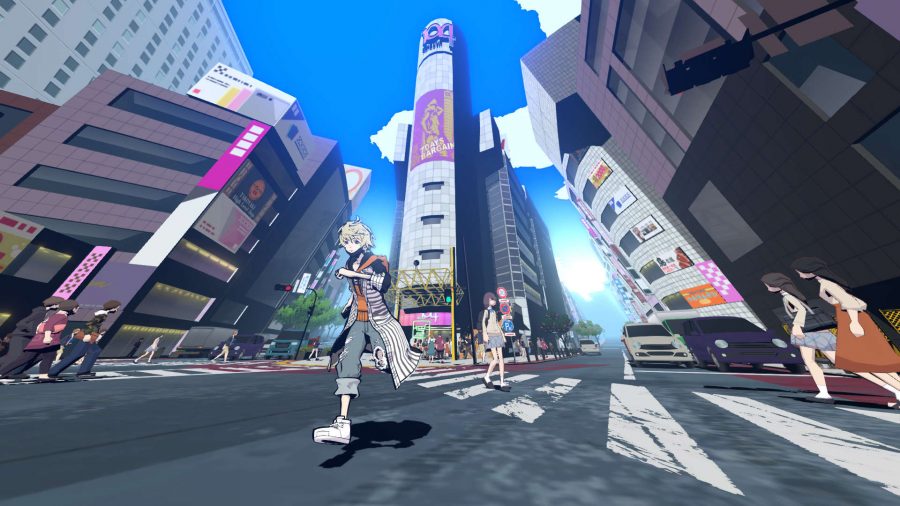 Not much is known about Neo: The World Ends With You as of right now, but the announcement trailer has shown that many of the action RPG elements fans of the series know and love feature, and also confirms the composer for the original game will return to make sure the tunes you hear while traversing Tokyo are reminiscent of the original. 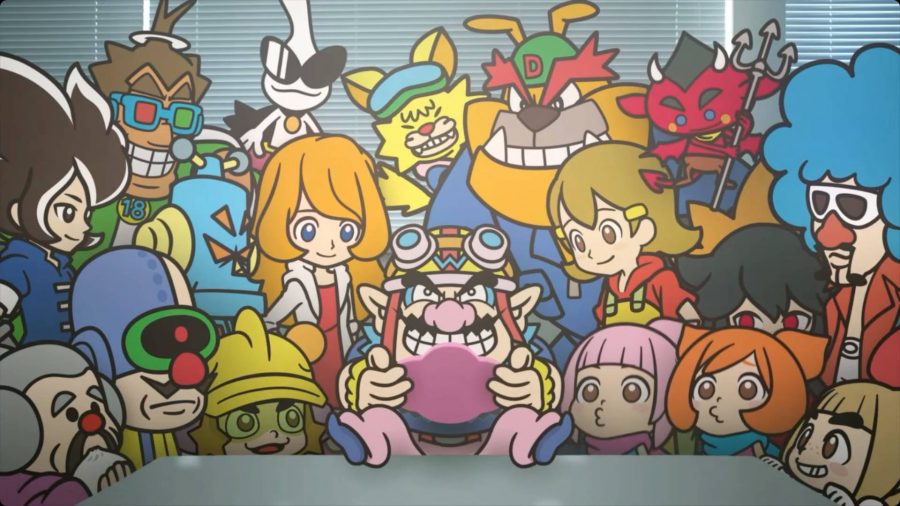 WarioWare: Get It Together! (September 10)

Wario and his friends return in the latest minigame collection, bringing his particular brand of mustachioed chaos to Switch. Get It Together! focuses on multiplayer, and you can now take part in minigames at the same time, for twice the madness. Each player controls Wario or one of his friends, and each has different abilities to tackle every game differently. With over 200 minigames to master, that’s a lot of replay value! 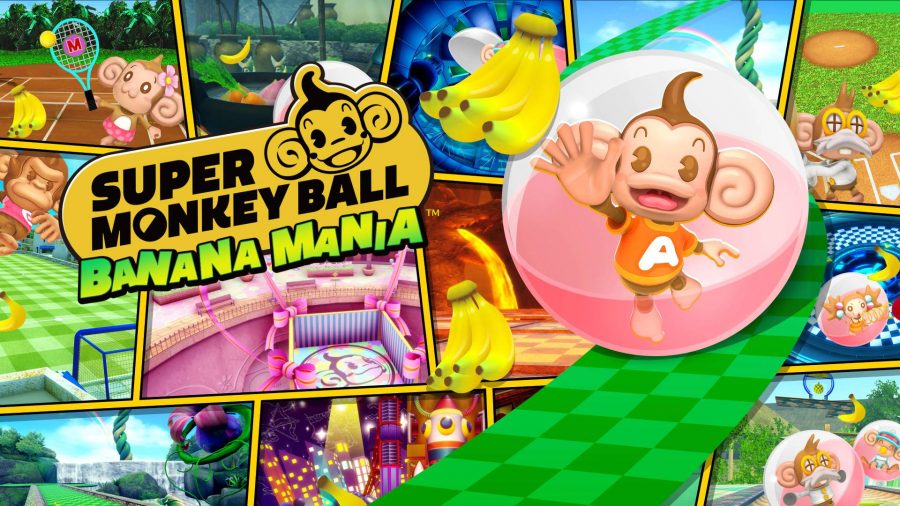 Bringing all the levels of the original two Super Monkey Ball games together, with shiny HD graphics and a whole host of guest characters rolling around in balls, Super Monkey Ball Banana Mania looks like an incredible entry for fans of the franchise as well as newcomers. Current guest characters include Sonic The Hedghog, Tails, Morgana from Persona, and even Hello Kitty. So however you prefer to monkey around, there will be something for fans to enjoy here. 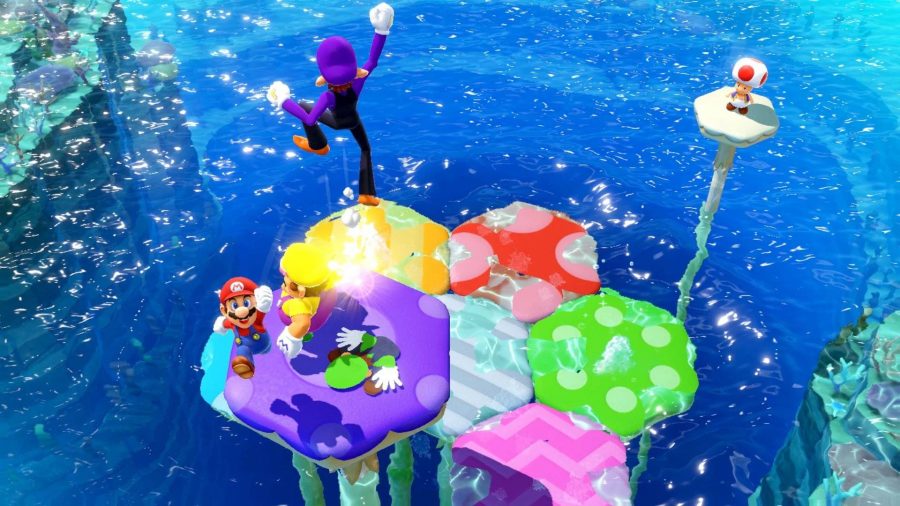 Mario and his friends return for another round of party rocking, this time with a selection of classic games and boards. Relive moments from earlier Mario Party games, but now with online multiplayer as well as local. Every game is mapped to buttons as well, so if you don’t enjoy the motion controls of Super Mario Party, this party might be much more your style. 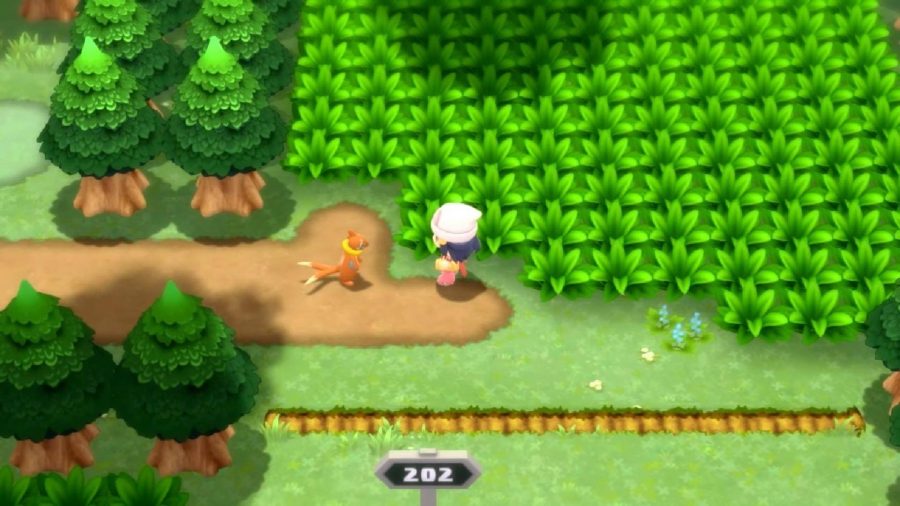 These remakes of the DS originals take the atmosphere and style, but give it a shiny HD facelift and add some fantastic new features. Pokemon Brilliant Diamond and Shining Pearl let players return to Sinnoh and relive the legendary adventure, with The Underground even returning once more. You can also customise your trainer and your Pokeballs, so you can show off you style both in the over-world and battles. 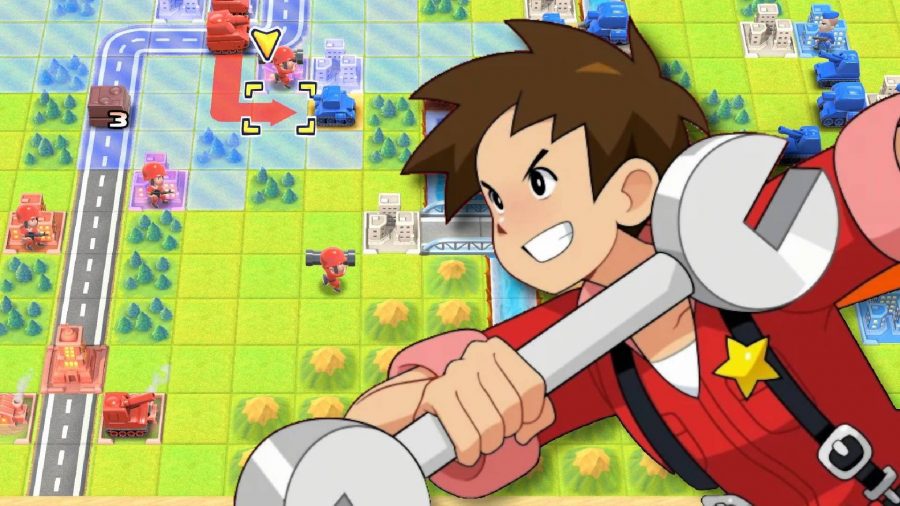 There was a while there where Fire Emblem got so popular fans might have thought Advance Wars was gone for good. Well luckily the talented team at WayForward are behind this gorgeous remaster of the two GameBoy Advance entries, bringing the series up to date with some modern conveniences and an adorable tabletop artstyle. Anyone who hasn’t already played these just has two fantastic games to enjoy. 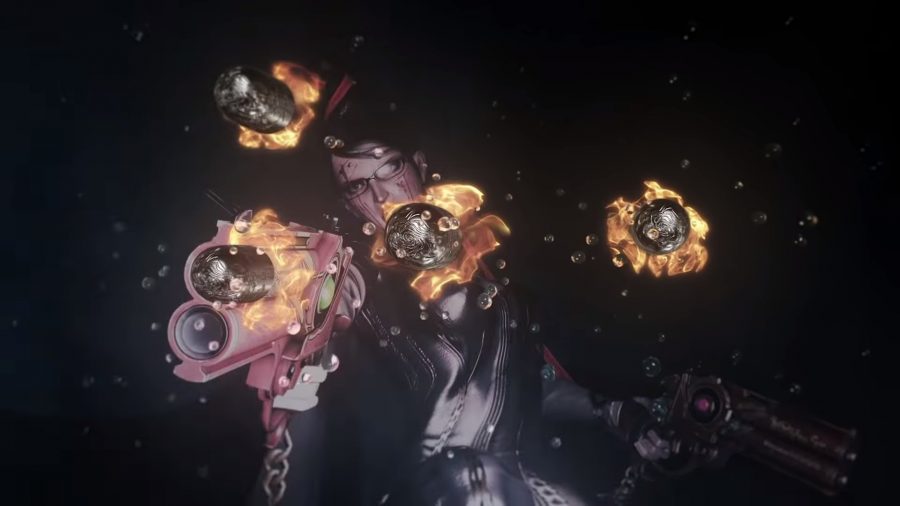 The Bayonetta series received a new lease of life when the first two games were remastered for Nintendo Switch. While Platinum’s cheeky, lightning-fast action titles are almost infinitely replayable, the wait for Bayonetta 3 has still felt like a long one – and that’s because it was first announced all the way back in 2017.

Little is currently known about Bayonetta 3, though series creator Hideki Kamiya insisted that development is “going fine” back in August. Despite the fact that we haven’t seen a lick of gameplay footage, the promise of another wild adventure with everyone’s favourite gun-toting, angel-slaying Umbra Witch is enough to set any action fan’s heart aflutter. 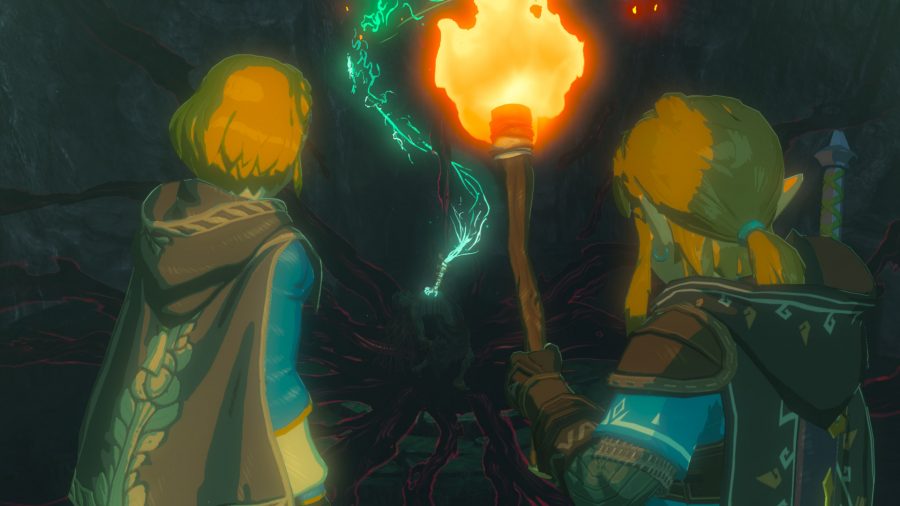 The Legend of Zelda: Breath of the Wild 2 (TBC)

The Legend of Zelda: Breath of the Wild remains the high bar by which all other open-world games are judged. Nintendo’s modern classic is packed full of novel ideas and creative systems that allow for endless experimentation. Several years after launch, its impact is still felt in recent releases, from Genshin Impact to Immortals Fenyx Rising.

Breath of the Wild 2 has therefore skyrocketed its way towards being one of the most hotly-anticipated games of all time. So far, all we’ve got to go on is an eerie teaser trailer that sees Link and Zelda venture deep below Hyrule Castle, where they seemingly uncover the reanimated corpse of Ganon. It sets a much darker tone than its predecessor, one that we can’t wait to see explored when BOTW 2 eventually rolls around. 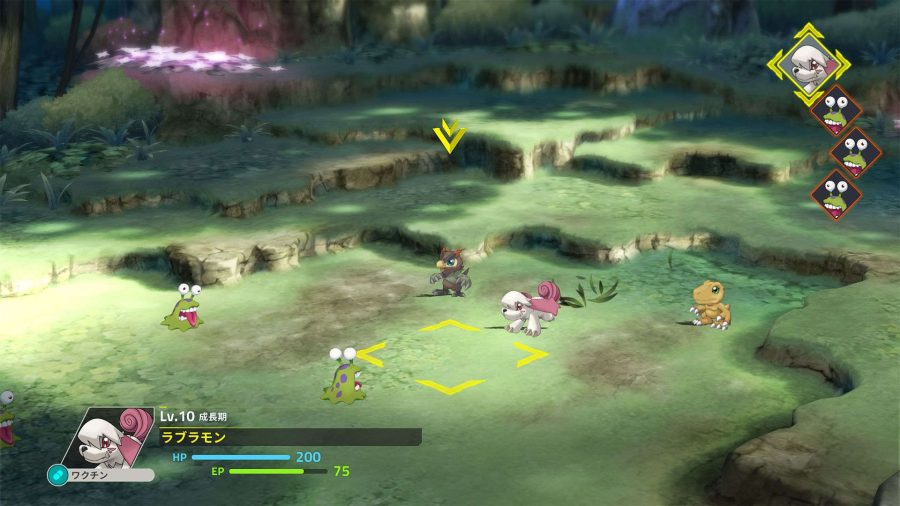 Bandai Namco initially teased Digimon Survive back in 2018, and since then, fans have been patiently waiting for the survival strategy RPG to release. Well, 2021 is finally the year.

Digimon Survive sees a fresh set of characters being transported to a dark, strange new world, where they must fight their way home in some classic strategy RPG battles.

Survive is very different to most Digimon titles, offering a much darker storyline. Your choices made throughout the game will impact on how your partner Digimon digivolves, how the story progresses, and also lead to multiple endings, some of which will result in surprising deaths. Survive is a must-have title for fans who have grown up with Digimon and are looking for a more mature experience. 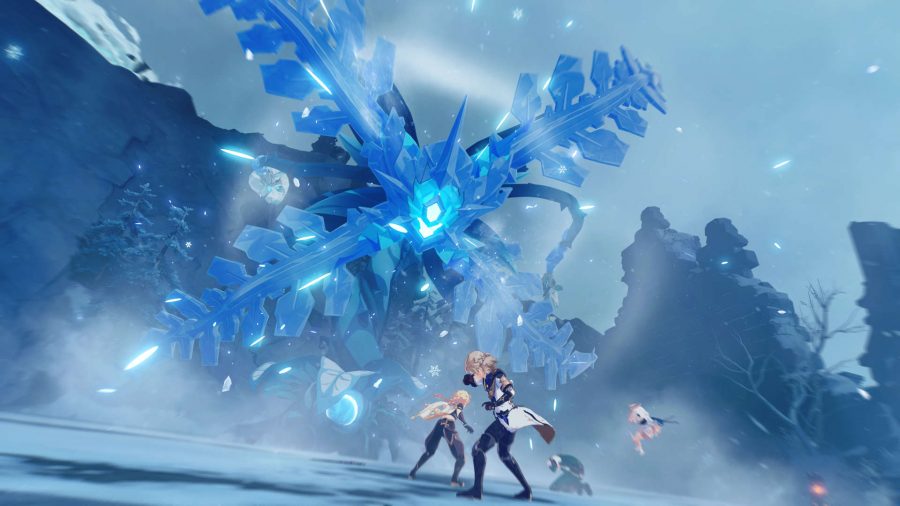 Genshin Impact released to mobile, PC, and PS4 earlier this year and quickly become one of our games of the year. This free-to-play, open-world RPG has some gorgeous graphics, intense combat, and unintrusive gacha elements making it appeal to a huge audience.

Developer miHoYo revealed Genshin Impact will make its way to Switch sometime in 2021, but it’s still unclear exactly when it will drop.