Maneater has finally lurked its way onto Nintendo Switch. Whether you’re on the go or in the comfort of your own home, you can now discover what it is like to be an apex predator – to be one of the most feared creatures our oceans have ever known.

You are a bull shark, a ferocious species that can be considered even more hostile than the great white shark. From infancy to adulthood, you will guide this fascinating creature on its quest for revenge. However, it is no ordinary bull shark. No, you control quite the specimen.

The game has already made the rounds on other platforms, so just how well does Maneater fare on Nintendo Switch? Well, as is the case with many ports, there are a few issues of the visual and gameplay variety that can, at times, put the breaks on the fun. That said, when it comes to the moment-to-moment action, Maneater delivers an alluring power fantasy.

It is still full of eccentric characters, all of whom seem to think that they are kings (or queens) out in the open water. Yet you will prove them wrong by causing carnage and mayhem, drawing the hunters out, then showing them who’s boss. 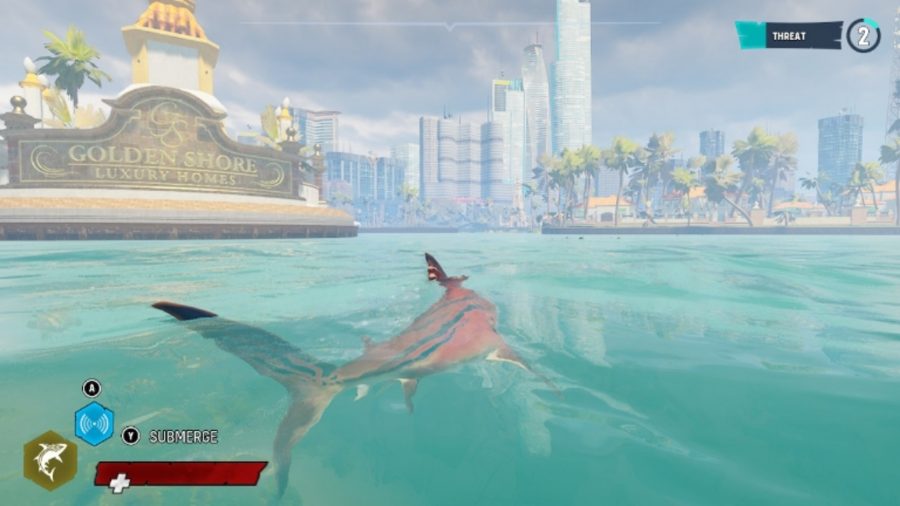 Maneater is an easy-going game at its core and is the perfect choice if you are looking for something to help you unwind. You play as a shark. That alone is enough to lend Maneater’s familiar RPG questing some novelty.

However, as fun as being a shark often is, it’s not enough to keep Maneater’s grind from gradually becoming tedious. You don’t start out as the biggest and baddest creature in these waters – far from it, in fact. As such, you will need to level up, and this can take time. There are a number of options available to you, such as completing missions and gobbling up some fish or humans. Yet, after a while, everything does begin to meld together.

Moreover, the combat itself can be trying. It’s often the case that your greatest foe is not the creature before you but the game’s disorienting camera. You’ll find yourself facing an enemy one second, then the camera will suddenly spin you around, throwing you off your game. As soon as the shark’s attack is charged, the camera angle goes in whichever way it pleases.

The combat issues do not stop there. It’s not uncommon to find yourself flying through your would-be prey. That’s right, your mighty jaws will sometimes do nothing, not even to a feeble catfish. It’s really quite frustrating, even more so when the dodgy camera decides to get in on the action, resulting in you charging through an enemy, causing zero damage, and getting lost along the way. Who would have thought that sharks have such a poor sense of direction? 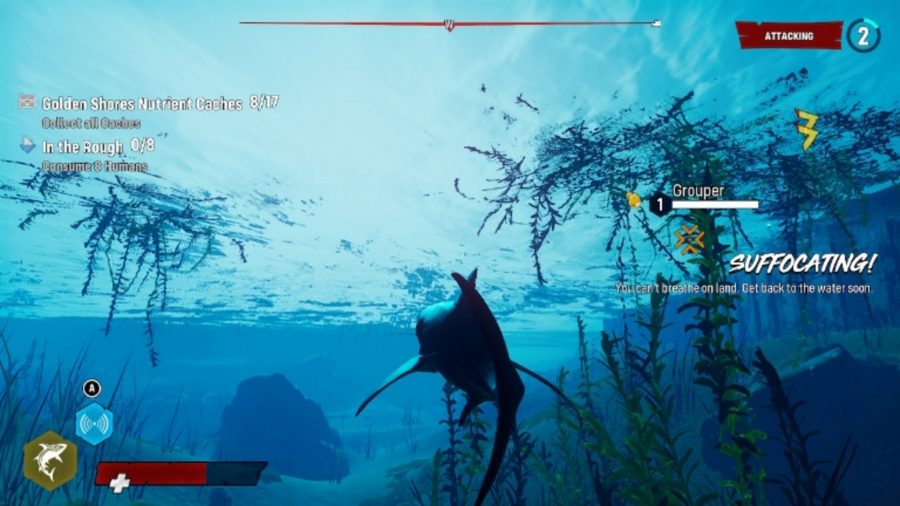 Naturally, the Switch port’s resolution is lower than the PC and other console versions, as is to be expected. However, certain areas of the environment – particularly foliage on the ocean floor – remain pixelated and blurry. It’s a real shame, especially given the ocean’s occasional beauty.

Unfortunately, this is not where the visual issues end. Throughout the game, you’re introduced to a variety of different hunters, and several of them look a little worse for wear. A couple of them had me wondering if they were even human. “What am I looking at?” was a common question I often found myself asking.

All told, Maneater is a solid experience on other platforms, yet it has not transitioned particularly well to Nintendo Switch. The enjoyable gameplay can become stale, and boredom rears its ugly head all the quicker when the world itself looks less than appealing.

Maneater is a grisly, carnage-fuelled experience, though the Switch port exhibits some rough edges, many of which dampen the fun.