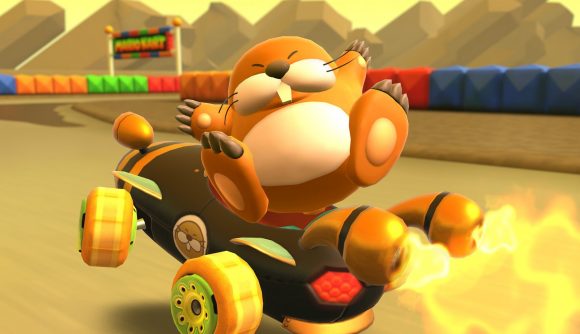 Nintendo has released the latest update for popular racing game, Mario Kart Tour. Version 2.1.0 is bringing a whole trunk-load of content to the Mushroom Kingdom, with new multiplayer improvements, expert challenges, and the promise of future Coins Aplenty events on the cards. Version 2.0 brought a tonne of content to the game, and while 2.1 doesn’t bring as much, it feels more like a preparation for the future, adding support for content that will soon make its way to the track.

In terms of the new multiplayer rule, Team game will split players into two to four teams, and whichever team gets the best combined placement wins. You can also now give room codes to your friends, simplifying the process of getting together and playing the game. While waiting for a match, you can also now earn up to a 100 coins each day, so even that time isn’t wasted.

Nintendo has been gearing up with content for Mario Kart Tour recently, such as the release of Monty Mole as a new driver a few days ago, but this update really begins show the true extent of the content plans it has for the mobile game.

Nintendo launched multiplayer for Mario Kart Tour back in March, and since then it has allowed you to go toe-to-toe on tarmac with rivals from around the world.

We’ve included a general list of the new features below for your perusal:

If you feel like burning some rubber, or death racing characters from your most beloved franchise, you can pick up Mario Kart Tour for free on Google Play, or the App Store.

Also be sure to check out our regularly updated Mario Kart Tour challenges list, to see what’s kicking off in game.