Marvel Contest of Champions has been around for years now, and is perhaps one of the most popular hero-based games on mobile. It falls under the fighting genre, and frequently sees updates that introduce new events that provide an element of freshness to keep the title interesting. They not only offer new story content, but more often than not, new characters make their way into Contest of Champions as part of the new narrative.

The Marvel universe is huge and comprises many different franchises, including The Avengers, Spider-Man, Fantastic Four, the X-Men, Deadpool, Iron Man, Thor, Captain America, and many more. Of course, plenty of characters from these collections are part of Marvel Contest of Champions. Some have been part of the game since its inception, while others made their debut further down the line.

New Marvel movies hit the big screen almost every year. These provide the perfect opportunity for Kabam to bring fresh content to Marvel Contest of Champions through a new storyline, characters, or a limited-time collaboration event. Most recently, Eternals hit the big screen, a Marvel series that some may not have heard about before the movie. It ticks all the boxes, and makes for perfect additional content in a Marvel game, hence why several titles, including Marvel Future Revolution, made space for these immortal beings.

Naturally, Kabam also wanted in on the action. Given Marvel Contest of Champions is a fighting game, and Eternals features many interesting characters of immense strength and capabilities, the two go hand in hand. But, what does it take to bring heroes of this proportion to a game? Well, that’s a question we want the answer to, and that’s why we caught up with Marvel Contest of Champions champion designer for Sersi, Kevin Yip. 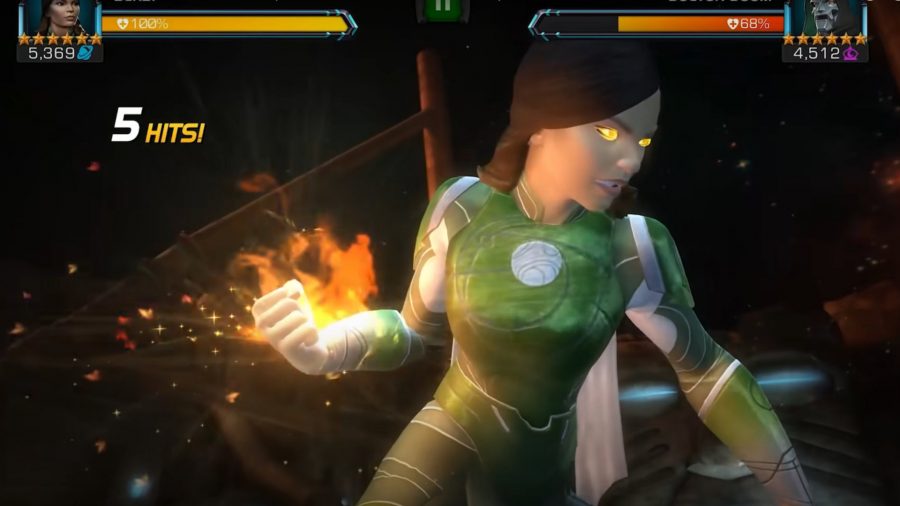 Sersi is one of two Eternals to now be playable in Marvel Contest of Champions, and Yip is the one that brought her to life in this world. She’s an immortal being that possesses great power, boasting many abilities, too many to fit into a mobile fighter. So, how did he decide which moves Sersi has? Well, there’s various things to consider, with Yip explaining that “It’s a mix of what the game needs for a new cosmic champion, plus how much of the source material we can draw from to match.”

However, to make her stand out from the crowd, the team took a look at “which of her abilities was the most unique to Sersi.” Yip explains that the reason for doing so is that the game has “a lot of champions with super strength, speed, durability, and healing factor, so it really matters to us that we choose the ability that is most unique to Sersi.”

There’s no denying that Kabam bringing Eternals to Marvel Contest of Champions is fun for fans. It gives them the chance to experience incredible power, but it’s not just you that gets a kick out of such a series coming to the game. “Working on Marvel champions for MCOC is always such a great honour in my eyes,” Yip says. “And working on a major character that is part of a major superhero team in the Marvel Universe always inspires me to do my best doing justice to the source material.”

It’s no secret that new characters get a lot of attention in fighting games, and this means there’s a good chance you’re going to come face-to-face with them at some point. Playing fisticuffs with a character as powerful as Sersi might seem daunting, but Yip has some advice on how to combat her, or rather, who can stand against her. 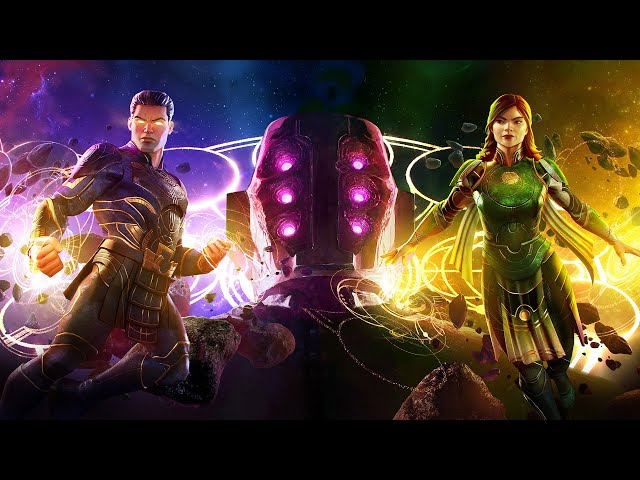 “One of the champions that stood out to counter Sersi we discovered while playtesting was the Hood,” Yip explains. “Especially since his recent update. He is able to prevent Sersi’s most potent defensive ability from triggering using Stagger, and doing so also prevents her from regenerating back any damage.

You know, just because he’s the designer of Sersi, that doesn’t mean there aren’t other champions that Yip enjoys playing as. We couldn’t pass up the chance to find out what character he likes to kick ass with. “I quite enjoy playing Mojo. I think his gameplay design is such a unique take on the character and plays very nicely with MCOC’s game mechanics. It’s so very satisfying to launch your special two after completing all of his prompts!”

See, that’s the beauty of this game. There are many different characters to use, some of which feature unique character mechanics you might not find elsewhere. One thing is certain, after having spoken to Sersi’s designer, I can safely say that I now need to try her out myself. Eternals is an enjoyable movie, and knowing that I can keep the good times rolling through Marvel Contest of Champions fills me with joy.