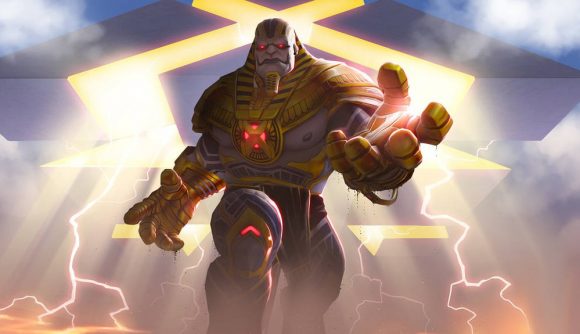 Kabam is opening the pre-registration for Marvel Realm of Champions, the 3v3 multiplayer action-RPG brawler, for players across the world. Realm of Champions was in a geo-locked beta for the past few months, but Kabam is now launching the game worldwide.

Realm of Champions is a reimagining of the Marvel Universe. Set on Battleworld, the forbidden planet forged from several realities, the Marvel heroes must fight against each other in a secret war to prevent an open war. Featuring Iron Legionnaire, Web Warrior, Black Panther, Hulk, Storm, and Sorcerer Supreme, you can pick from any of these playable champions and pledge their allegiance to their respective houses.

Every battlefield featured in Realm of Champions has been inspired by areas from Marvel’s deep history, from the Wakandan city of Necropolis, to Tony Stark’s Palladium Mines. You’ll also be able to customise your chosen superheroes with a variety of gear and weapons, a first for a Marvel game like this. The armour and weapons also stem from the comic books. For example, Spider-Man has access to multiple suits that you can mix and match to form something completely unique.

Pre-registering for Marvel Realm of Champions will net you with exclusive rewards such as Iron Legionaire and Hulk gear, plus 100 Units and 300 Gold to get started. You can register your interest for the game over at the Realm of Champions website and on the Google Play store.

If you love MOBAs like this, you may want to check out our best mobile MOBAs guide. We’ve painstakingly assembled this list to ensure you spend your time with only the heavy-hitters of the genre.