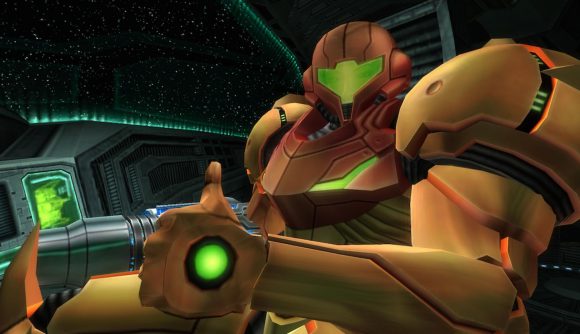 With COVID delays causing carnage for an entire industry, perhaps initial plans for a full remaster of the Metroid Prime Trilogy changed to focus solely on Metroid Prime, but with more time spent on upgrading and improving the original release. Either way, with Metroid Dread now in the wild, met with both critical acclaim and strong sales for the cult series, the future of Metroid is looking bright.

See the full tweets from Emily Rogers below for more information, including the suggestion that development on Metroid Prime remasters began as early as 2017, well before Retro Studios switched to the development of Metroid Prime 4.

I hope we still see the entire trilogy on Switch. But Prime 1 is clearly finished.

Meanwhile, in a reply to Max Wright of Loot Pots, Liam Robertson recently backed up his claims that a remaster of Metroid Prime Trilogy was in the works, though plans could easily have changed since.

I don't think I ever said it was sitting around finished but it is real and has been in the works for a while.

It seems something Metroid Prime related is definitely in the works, and with the development of Metroid Prime 4 now several years deep, hopefully, it won’t be long before something is confirmed. In the meantime, check out our best Switch Metroidvanias guide, so you have enough games to play as we wait for Metroid news.

{"schema":{"page":{"content":{"headline":"Metroid Prime Remaster is rumoured to be close to completing development","type":"news"},"user":{"loginstatus":false}}}}