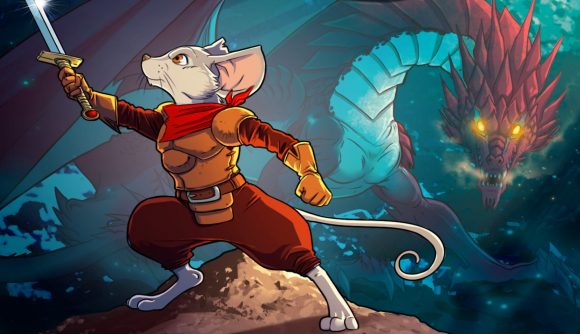 Crescent Moon Games has announced that Micetopia, the mouse-based Metroidvania by Ninja Rabbit Studio, is coming to Android and iOS. The game drops on January 27 and sees players take on the role of a reckless rodent fighting its way through the formerly idyllic village of Micetopia to free its residents from an evil curse.

The game features the usual Metroidvania mix of exploration, action platforming, and upgrades to acquire as you delve into the depths of the village. These include classic abilities like the double-jump, or new weapons such as the bow and arrow, and help you fight through level after level of minions in the hopes of rescuing the wayward villagers.

Micetopia is also notable for its boxy aesthetic, pixel-art visuals, and chiptune soundtrack, channeling classic Metroid-vibes. But it might also be the perfect mobile option for fans of animal-based games like Ghost of a Tail, or even the Redwall books. The game originally launched on PC, Switch, Playstation 4, and Xbox One in November last year.

You can check out some gameplay for the mobile version of Micetopia below:

Super excited to be publishing ‘Micetopia’
by @whited43 🥰

If you want to play Micetopia for yourself when it comes out on January 27, you can find it on the App Store and Google Play for $2.99 (£2.99) – though the latter store page isn’t up just yet.

For those of you on the lookout for new recommendations, be sure to see our lists of the best iOS games and the best Android games!