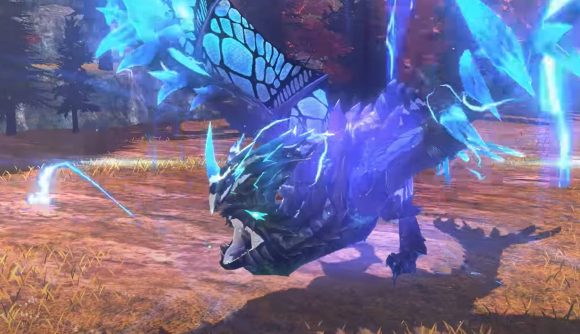 Monster Hunter Stories 2: Wings Of Ruin has been updated, adding several new monsties and quests as well as outlining the content fans can expect over the course of the year. This includes some high level quests, so those of you that have completed the game will have plenty to do in the coming months.

Today’s update adds a co-op exclusive quest to defeat Kulve Taroth, as well as new monsties Hellblade Glavenus, and Boltreaver Astalos. Capcom recently added Palamutes from Monster Hunter Rise as monsties too, so there are plenty of great new choices for your party.

The roadmap Capcom presented announces upcoming monsties Soulseer Mizutsune, Elderfrost Gammoth, Oroshi Kirin, Dreadking Rathalos, and Molten Tigrex. Later on in October will see the addition of Silver Rathalos and Gold Rathian as monsties as well. There is even a mystery high difficulty co-op quest in October, so that’s plenty of time to nab these new monsties and get them strong enough to face the new fearsome beasts.

Watch the announcement trailer to see several of the new monsties in action, as well as clear dates and times on a lot of the upcoming content.

Add Hellblade Glavenus and Boltreaver Astalos to your party, and team up to take on the majestic Kulve Taroth! ✨pic.twitter.com/3sAvma5vkm

In the meantime, make sure you have the very best monsties in your party with our Monster Hunter Stories 2: Wings Of Ruin Egg Guide.