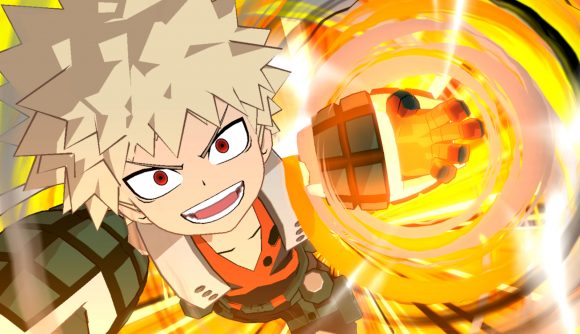 Great news for all you anime fans out there, as My Hero Ultra Impact is out now for iOS and Android devices. Naturally, it brings fan-favourite characters to the small screen, and features exciting RPG action, allowing you to fight with various heroes and villains in 3v3 battles.

Now that the My Hero Ultra Impact release date is here, we can look at what else you can expect from the mobile game. First up, battles. The combat system isn’t as simple as picking your heroes and sending them off to war. You need to consider who to take with you carefully, especially since each character has different quirks for you to activate in battle. Then there are the ultra moves, which allow you to finish the fight with finesse and flair.

To make your heroes as strong as possible, it’s vital that you train them. If you don’t, it’s going to be like sending a rookie boxer into the ring with Mike Tyson – you’re going to be knocked out before the bell rings. If you’re a fan of the anime, you likely already have characters in mind, so getting ahead and ready for war shouldn’t be too taxing.

While casual battles and PvP are fun, many of you also enjoy single-player experiences, and My Hero Ultra Impact features a story that takes influence from the anime. Better yet, you just might recognise some of the action-packed scenes from the show itself, especially as you follow the narrative of Izuku Midoriya’s first encounter with All Might.

What is the My Hero Ultra Impact release date?

The My Hero Ultra Impact release date is here. You can download the game from Google Play and the App Store.

If My Hero Ultra Impact isn’t the game for you, don’t worry. Our list of the best mobile RPGs is full of great adventures for you to enjoy.