The Mythic Legions universe is certainly something special, so the news that Great Hall Game Studios and Four Horsemen Studios are collaborating to create the fresh, turn-based strategy game Mythic Legions Tactics is certainly exciting. With masses of enveloping lore, and some really original gameplay features, we can’t wait to get lost in the world of Mythoss.

Having already smashed its Kickstarter goal in under three hours, Mythic Legions Tactics has captured the interest of gamers and toy collectors alike with its promise of five unique storylines, a multiplayer mode, heaps of customisation, and much more. Backers have also been able to snag some amazing goodies – and you can, too, by heading over to the Mythic Legions Tactics Kickstarter and pledging today.

Straying away from the confines of the massively popular strategy genre, Mythic Legions Tactics has truly stepped out of the box, and is serving up some amazing gameplay alongside an engaging storyline. Join us as we take a peek behind the curtain, and explore what we can look forward to in this upcoming title.

Mythic Legions Tactics is still in development, but is looking extremely promising so far. Here are some of the key features that really set this game apart from its competitors. 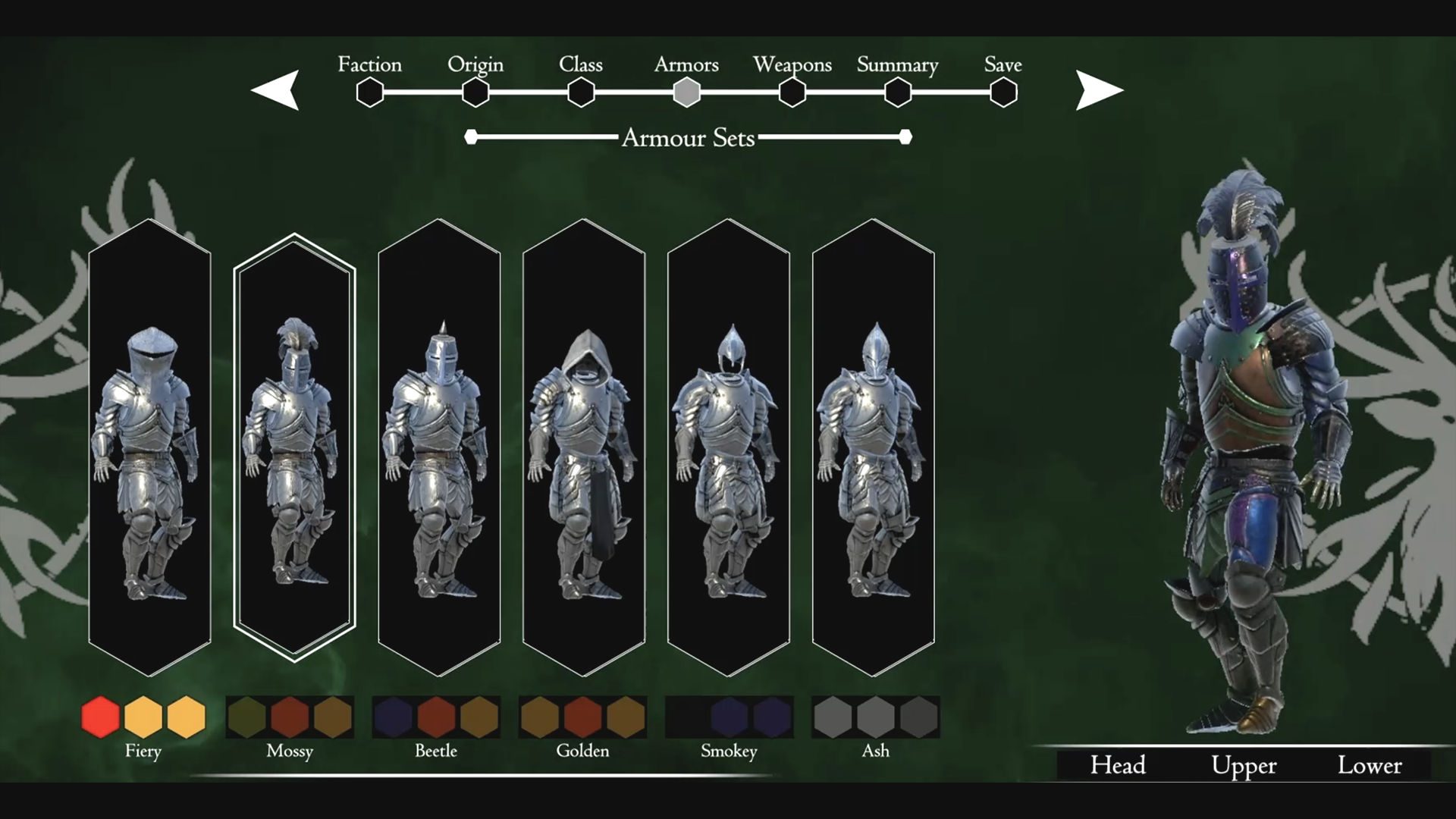 Check out the Kickstarter!

While many tactics games remain 2D, sporting restrictive cameras that stop you from panning around to see different angles, Mythic Legions Tactics has taken a different path. The game will place a hex grid over more realistic environments, also allowing you full control of your camera, for a more immersive experience.

With an aim to take the concept of customisation to a new level, Mythic Legions Tactics promises the ability to not only change standard features like skin colour, face shape, hair, and tattoos, but every piece of armour and weapon too. These can be recoloured and paired together however you want, as well as having the option to be enhanced with different effects, like flames or frost. In the spirit of the figures they are based on, you will be able to make your character look however you want, then pose them in a display environment. You will even be able to share your collection with others to show off your own designs.

All character data is stored in a specific slot. As you explore the five different single-player faction storylines and many multiplayer battles, this allows you to avoid starting back from level one every time you want to try a new storyline or a character skin. The slot system lets you level up and grow, regardless of whether you’re engaging in single-player stories or multiplayer battles, allowing you to keep your experience, skills, and unlocked classes.

No pay to win

In Mythic Legions Tactics, everything is skill-based, which truly sets it apart in the current market. In order to avoid players being able to come in, spend a bunch of money, and rocket up the ranks with no effort, all stat boost, specials, and other enhancements have been removed from equipment. Therefore, the game is all about how skilful your characters are with each weapon, armour, or item. Unlocking a skill levels up your character, increasing their stats, attack, and defence, meaning the more you play, the more your character improves – no extra cash needed. 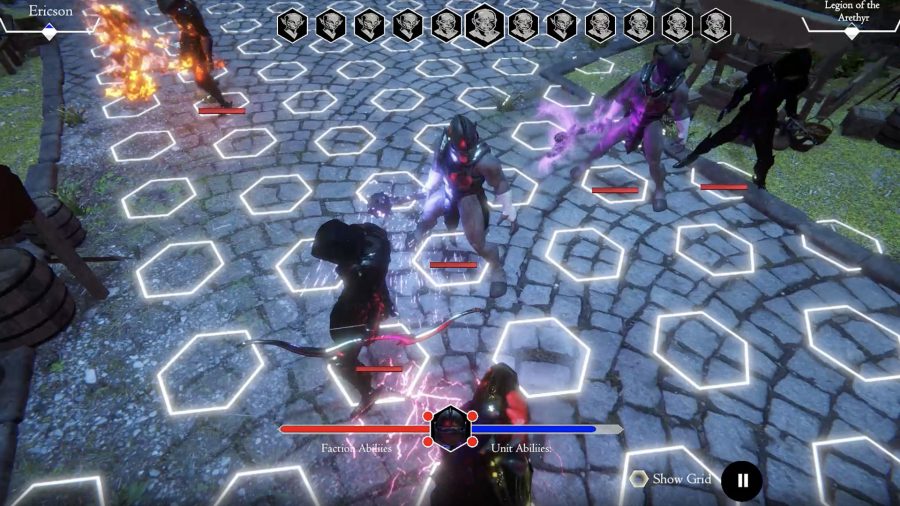 An exciting feature offered by Mythic Legions Tactics is the ability to merge two different classes into a new one. For example, if you level up your character enough to unlock the priest and mage classes, you can meld them into a blue mage. This will give you access to most of the same skills and spells from the previous classes, while also giving you a few new ones. Even more extreme melds from opposite sides of the classes hierarchy will be available, such as a barbarian and a necromancer, opening up the potential to explore hundreds of unique classes.

A lot of battles in tactics games are very time-consuming, and while some people love this, others find it tedious. Though it is far more efficient to choose every action and attack in a battle, it isn’t always necessary – especially when grinding to level, or if you prefer to play for the story. To maximise accessibility and enjoyment for all kinds of players, Mythic Legions Tactics has introduced battle templates, which allow you to select a set of predefined rules and actions for your characters to follow. This allows for auto-battling, where you can sit back and enjoy simply levelling up, and delving into customisation and the deep story. Battle templates will work on both single-player and multiplayer mode, but aren’t required – so you can choose to play the game however you want.

While most tactics games require you to defeat every enemy to be victorious, Mythic Legions Tactics isn’t exclusively bound to that win condition. Sometimes you may be required to sneak past guards to unlock something, get all of your players to a specific location without losing anyone, or even incapacitate the enemy instead of killing them. This allows for a higher level of variety that’s not often seen in the genre, making for a more flexible playstyle. 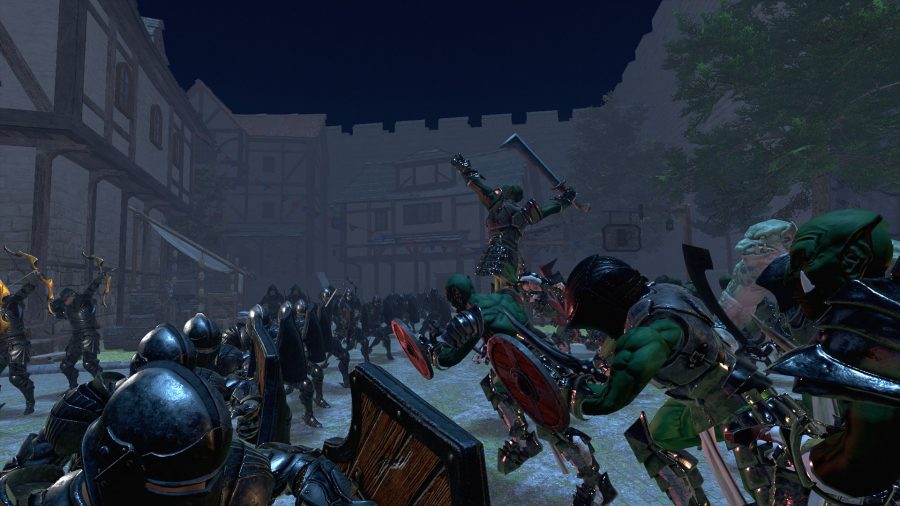 One of the most engaging features of Mythic Legions Tactics is bound to be the enticing storyline. War of the Aetherblade is the first season of the game, and is set in a high-fantasy world full of humans, elves, knights, orcs, trolls, undead skeletons, vampires, and more. It starts with the coronation of the elven queen Artemyss Silverchord at Castle Silverhorn, during which the castle is attacked by the Legion of Arethyr, leading to the theft of the mystical Aetherblade. The queen’s legion, along with other factions and splinter cells, find themselves racing to reclaim the Aetherblade before it falls into the hands of the deadly master Arethyr, who plans to lay waste to the realm of Mythoss.

You will be able to play the storyline as five different factions, including Xylona’s Flock, The Army of Leodysseus, The Legion of Arethyr, The House of the Noble Bear, and Illythia’s Brood. You can choose to build a team of good or evil, or even a rogue splinter faction. Of course, using the slot system mentioned above, you will be able to play the storyline multiple times as each of the factions without losing any of your skill or power level. Therefore, you can try your hand as the good guys pursuing the stolen Aetherblade, then the bad guys trying to outrun your enemies, and lose nothing in the process. When you switch storylines, you will be playing against the faction teams you’ve previously created, now run by AI, making the game feel more full and impactful.

While you will have the ability to create and customise your own characters, Mythic Legions fans can rest assured that many of the iconic heroes and villains from the universe will make appearances throughout the game.

If this ticks all your boxes and you want to try out Mythic Legions Tactics for yourself, you’re in luck – the Mythic Legions Tactics Kickstarter is still running. Backing the Kickstarter will give you the opportunity to snag plenty of goodies, from in-game rewards to exclusive, limited-edition figures. You can find out more in our Mythic Legions Kickstarter article, or by following @mythiclegionsgames on Instagram and Facebook to watch this exciting new title as it develops. You can also add the game to your Steam wishlist to be the first to know when it comes out, and maybe even help unlock some of the new social goal prizes while you’re at it.