Nintendo is on a hot streak right now. It’s delivering quality games at a regular pace, it can barely make enough Switch consoles to meet demand, Switch games dominate the Japanese sales charts, and we’re even seeing huge multimedia growth with the Super Mario World theme park opening and a movie somewhere down the line. But this is 2022, and a lot of work went into this current high.

2015, however, was a very different year. The Wii U was underperforming dramatically, 3DS sales were steady but still below expectations, several high profile games like Breath of the Wild were delayed, and stockholders were left wondering what there was to invest in. So Nintendo did two very smart things. First, it announced the ‘NX’, a clear declaration that it understood the Wii U was doomed, and a viable reason for the Wii U’s lack of games from here on out.

The second and more immediate thing Nintendo did was announce a partnership with mobile developer DeNA, with the goal to provide mobile apps that represent the company’s major franchises and to spread consumer awareness of their IP. Nintendo dipping into the mobile market was a huge departure, and since then, it’s formed partnerships with many studios, particularly Niantic, on the back of the wildly successful Pokémon Go. However, if you look back on everything else, it’s been a mixed bag. While titles like Animal Crossing: Pocket Camp, Fire Emblem: Heroes, and to a lesser extent Mario Kart: Tour, have all shown certain levels of success, others haven’t been so lucky.

Miitomo was an experiment that got shuttered years ago, with seemingly little to offer beyond its particular brand of weirdness. Super Mario Run was a fantastic mobile title, but its pricing of £7.99/$7.99 was a tough pill to swallow for regular mobile users. Meanwhile, last year saw the closure of Dr Mario World, an interesting but sadly underwhelming spin on the puzzle classic. But the recent news of Dragalia Lost ending its life cycle is one of the most surprising, as, by all metrics, it had been something of a success. 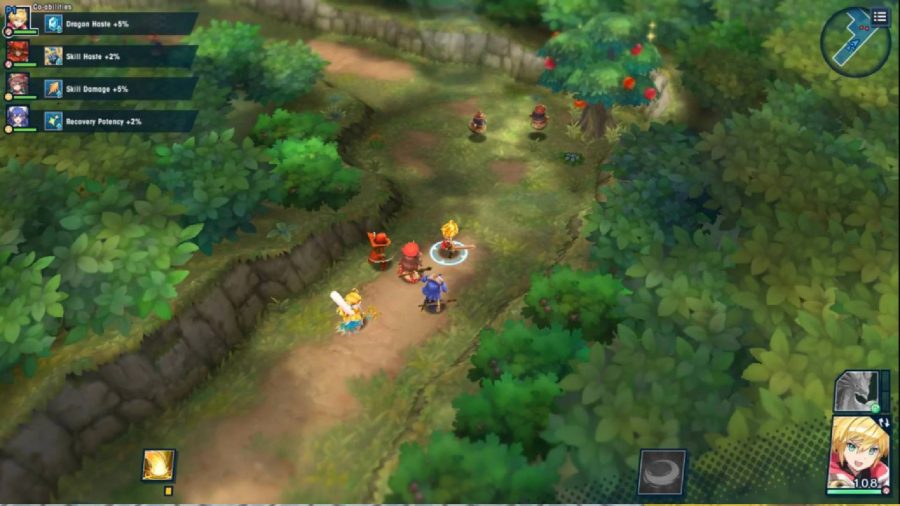 With Dragalia Lost, Nintendo worked with developer Cygames to create a unique IP, and one that hit $100 million by July 2019, less than a year after its release, a little more than Animal Crossing: Pocket Camp at the time. By 2020, those numbers increase to $150 million, clearly slowing down, but still a substantial amount for any mobile title, and possibly enough for shareholders to deem this experiment a success.

While updates had become less frequent, it’s still a shock to read this week that just like Miitomo, and Dr Mario World, Nintendo will no longer support Dragalia Lost once its story campaign finishes later this year. This is a game that people have poured countless hours and a huge amount of money into, yet it will be shuttered in a few months, just a few short years after its launch in 2018. Plus, if Dragalia Lost is gone, then who’s next? I bemoan the microtransactions of a title like Animal Crossing: Pocket Camp (to be fair, it got much worse over time), but it’s a title I’ve spent years playing, spent decent money on, and if it shutdown I would be beyond frustrated they couldn’t even provide an offline mode, allowing me to decorate for myself and my villagers to my heart’s content.

It’s hard to dissect these sorts of decisions, but one element that could be a contributing factor is Nintendo’s change of tactics when it comes to microtransactions. According to the Wall Street Journal, Nintendo’s worried that predatory practices in its mobile games would hurt the company’s historically family-friendly image. This is a reasonable concern, but it also didn’t stop the firm from filling Fire Emblem Heroes with gacha mechanics to the tune of over $959 million. 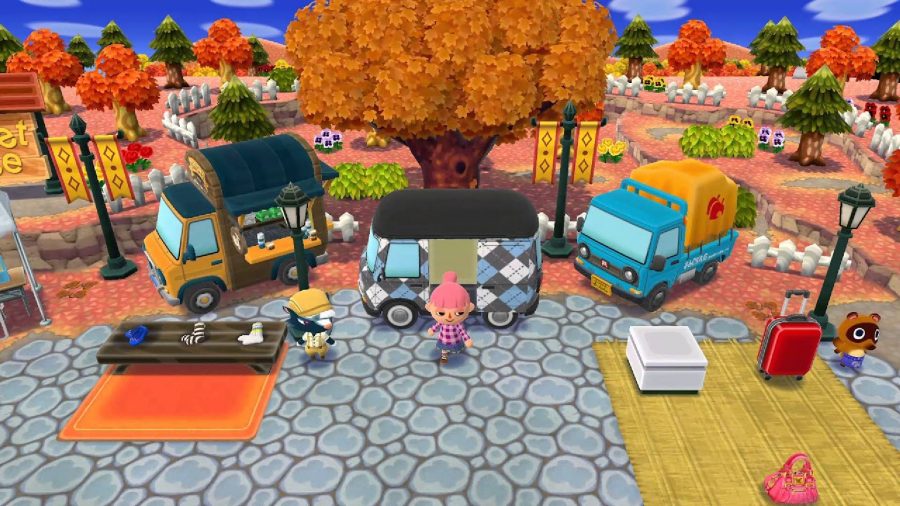 With all these experiments, such as the pricing of Super Mario Run, quick shuttering of apps, and now the slow trickle of occasional releases, it certainly feels like Nintendo are backing out of mobile for good. The last mobile game associated with Nintendo to release is Pikmin Bloom, though this was developed by Niantic, who largely operates on its own outside of Nintendo’s influence. Prior to this, it was Mario Kart Tour, which has reportedly hit around $200 million in profits, a modest amount for one of Nintendo’s most lucrative franchises. Perhaps the company just couldn’t reach the audience it wanted, or maybe it’s because the game was stuffed with particularly egregious predatory microtransactions such as the fact that unlocking Diddy Kong would set you back around $40.

Personally, I want to see Nintendo succeed on mobile. I love Nintendo, I love their IP, and I love playing games on my mobile phone. What I don’t understand is their insistence on either attempting to cram full console experiences onto a platform that doesn’t suit them, or stripping their games of any actual reward system outside of purchases. It’s particularly hard to sell people on mobile versions of Mario Kart or Animal Crossing when the Switch has vastly superior options for a simple one time purchase. 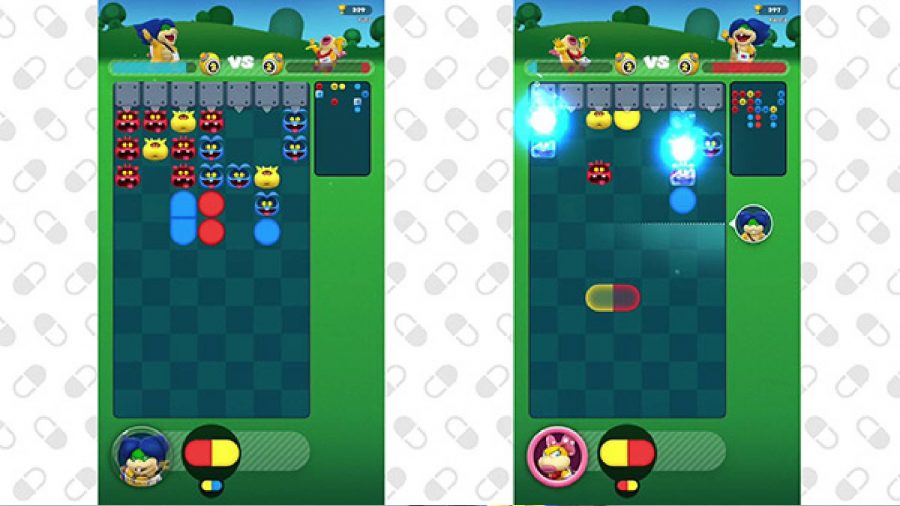 Perhaps this is why we’re seeing the admittedly great Mario Kart Tour tracks make their way to Mario Kart 8 Deluxe. Super Mario Run was possibly their best mobile app, but the pricing model sadly scared off so many consumers that Nintendo clearly didn’t want to commit to creating complete games for mobile anymore, instead leaning fully into the mobile live-service market. But still, pulling out completely is leaving money on the table. Nintendo has earned over $1 billion from mobile so far, despite its issues.
There is, however, room in between. Nintendo has huge franchises, IP with massively broad appeal that would suit mobile perfectly, and could be monetised in a sensible manner. And while I will give a couple of examples, it’s also not beyond the capabilities of one of the world’s most successful developers to simply assess the mobile market and see that it’s still a lucrative option for the right titles.

So if I was the head of Nintendo, what orders would I send down the chain? Well, I’d look at Nintendo’s broad franchises, the ones that worked well during the days of the blue ocean strategy, and adapt what worked there. For example, how have we ended up in the year 2022 without a Nintendogs game on mobile phones? The original title utilises touch-screen controls and a mic so your pets can learn the sound of your voice, and respond to commands. It’s a ludicrously successful title, and a brand that’s still strongly associated with Nintendo to this very day. Adapt the title for smartphones, give out the game and a dog for free, and allow players to either purchase additional dogs, or use earnable in-game currency.

Similarly, titles like Brain Age have returned for Nintendo Switch, but this is a device that spends most of its time connected to the television. I bought Brain Age for Switch, I even played it handheld with a stylus, and while it was fun, I couldn’t help but wonder why I wasn’t doing this on my mobile phone? Brain Age was another huge success during the DS and Wii’s days of the ‘blue ocean’ strategy that still has brand recognition today. Nintendo clearly isn’t afraid to tap into this market either, as we’re heading toward the release of Nintendo Switch Sports just next month.

Now I could sit here all day and say franchises I think would be perfect for mobile -WarioWare, Rhythm Heaven, Tomodachi Life, Pullblox, etc. Nintendo has a huge library of classic and smaller interesting IP that the geniuses over at their many development studios could certainly adapt successfully. But beyond any of that, I’d love to see Nintendo bring some original ideas to the platform. There’s something so wonderful about the small, weirder, ideas that Nintendo occasionally puts out as some sort of quick, creative burst. Games like Aura-Aura Climber, Pullblox, Good Job!, and even fun little ideas like Sushi Striker.

There’s not a single shred of doubt in my brain that Nintendo’s developers could make small but significantly fun mobile titles if they had the chance. They don’t even have to use Nintendo IP. The prestige of Nintendo itself probably means that most of these titles would get more than a fair shot anyway. But just imagine for a second, a small handful of interesting titles on mobile that use the creativity and ingenuity of Nintendo’s best and brightest, instead of stripped-back console games that serve more to syphon cash than to entertain, like Animal Crossing: Pocket Camp. 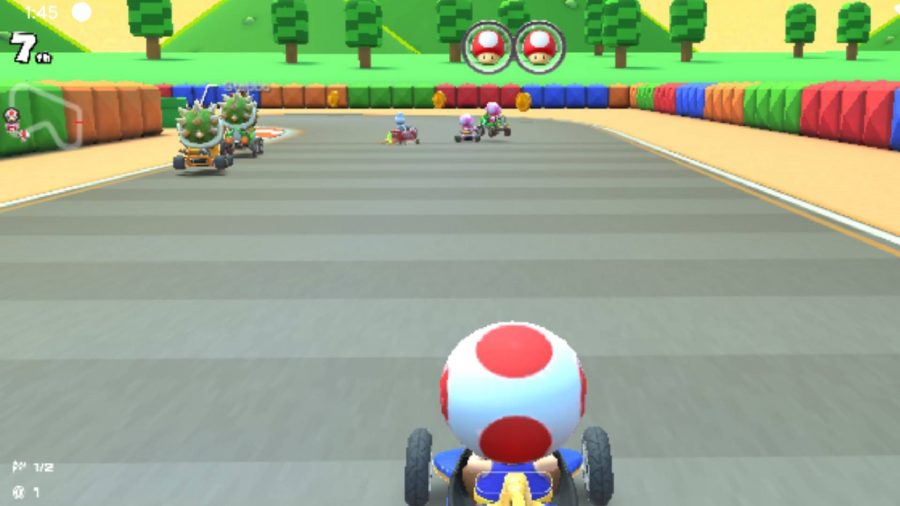 Nintendo seems to have given up with mobile, presumably more invested in keeping up its prestigious appearance over on the Nintendo Switch, happy to leave mobile behind now it no longer needs a bargaining chip to help it persuade investors to stick around. It’s just a real shame, however, that Nintendo only seemingly dipped its toes in the market, and learned little from its mistakes. Apple Arcade is showing a resurgence of contained, interesting ideas that lean far away from the microtransaction laden whale-fishing titles of old. And if anyone could nail that market, it’s Nintendo.