Switch owners who have not experienced Joy-Con drift are growing to be a smaller and smaller group by the day. One minute, you’re bouncing from rooftop to rooftop in Super Mario Odyssey, the next, Mario’s developed a life of his own and run headfirst off the edge of the building while you stare, dumbfounded, at your controller’s betrayal. If you’ve ever woken up outside your Animal Crossing house after failing to catch a tarantula for Blathers, or been trampled to death by a Lynel that you definitely dodged in Breath of the Wild, you might have been a victim of Joy-Con drift.

Joy-Con drift is the name Switch players have given to the way that, over time, the console’s controllers can start to move characters or on-screen controls without user input. The Nintendo Switch is a phenomenal console with a library full of delightful games, but even the best Switch games can be ruined by a drifting Joy-Con. However, there are ways to avoid this problem when playing your Switch, namely, by using controllers other than Joy-Cons.

If your own Switch controller has started drifting, then now may be the time to invest in a new one. For this article, we’ve gathered together a selection of the best Switch controllers to help you avoid the dreaded Joy-Con Drift.

Here are our picks: 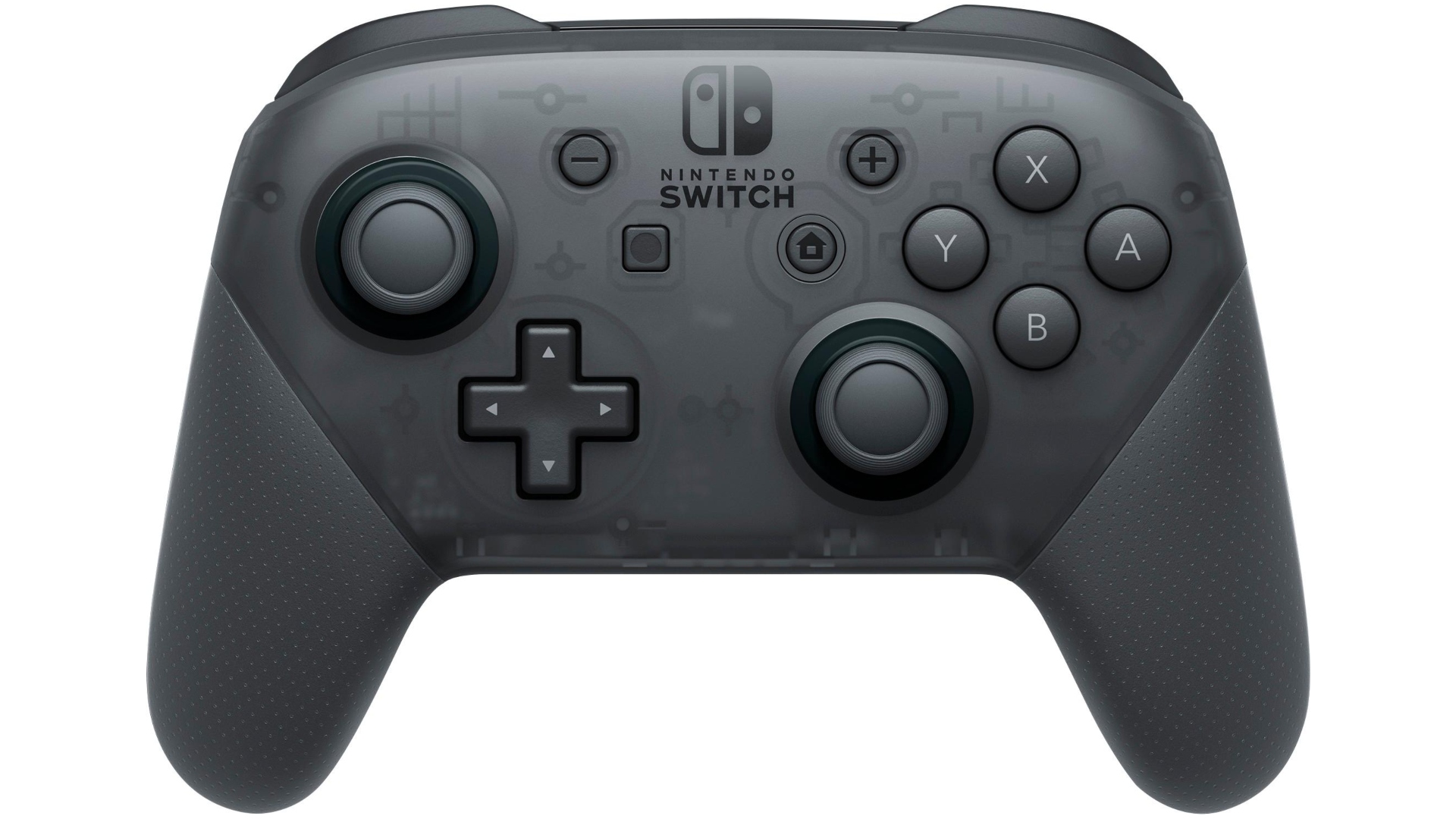 This is the go-to choice for anybody who’s looking for something a little better than the Joy-Cons. Not only does it feel much more comfortable to hold for extended periods of time than the Joy-Cons, but with a decent 40-hour battery life, longer play sessions should be no problem at all. On top of that, it has a very slick, black design which is great if you’re looking for a little more of that N64 feel.

As one of Nintendo’s official Joy-Con alternatives, this is an option that’s likely to appeal to most fans and you’re not going to have to worry about compatibility issues. It works perfectly with the vast majority of Switch games and still retains the Joy-Con’s motion control functionality. 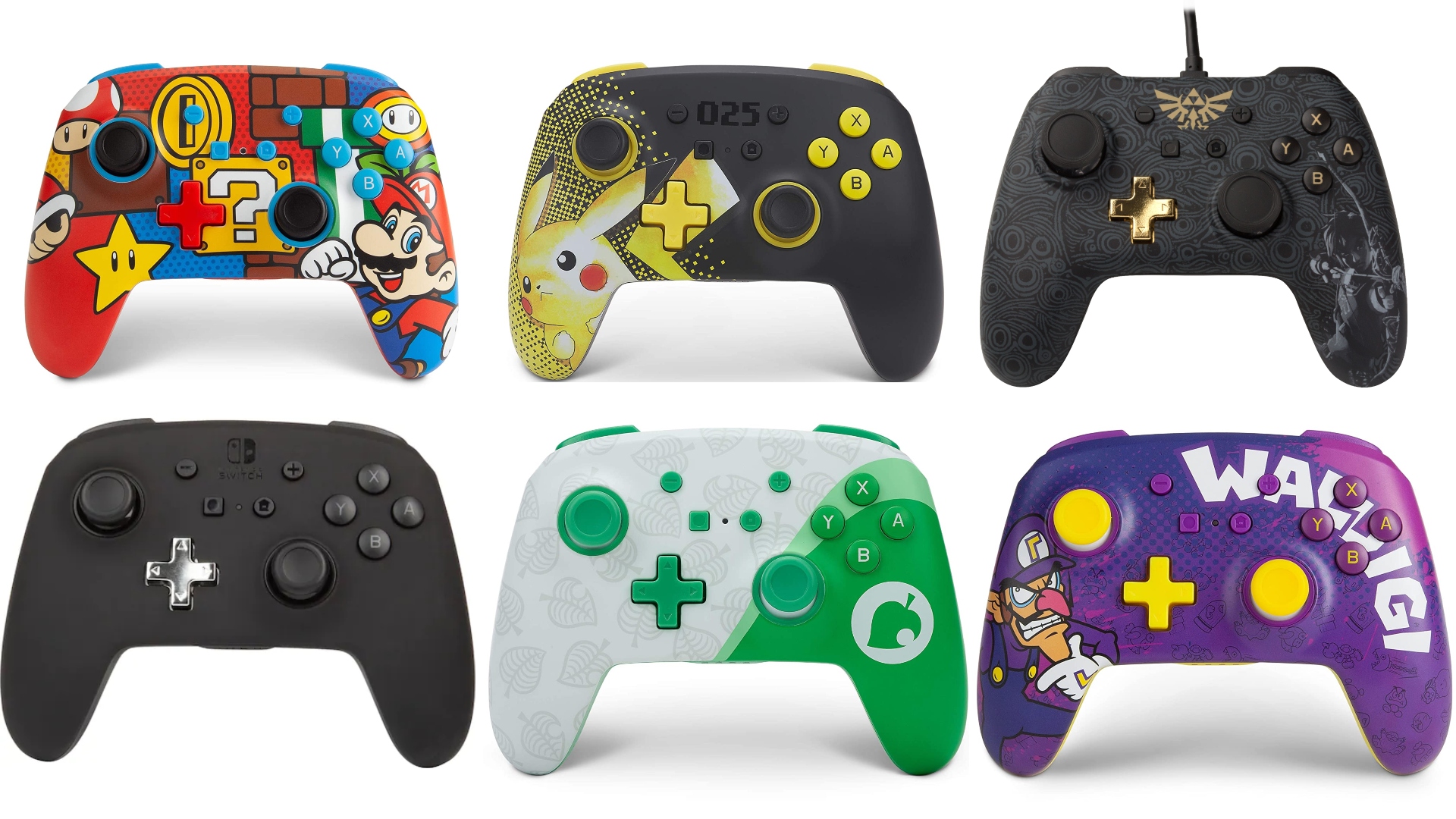 This controller is very similar to the standard Switch Pro, though it comes with three extra buttons on the back for extra button mapping. It’s also got an internal battery with a 30 hour rechargeable battery life (up to ten more than you get with the standard Joy-Cons). Plus, it’s been ergonomically designed to make it as comfortable to your hands as possible, and is less likely to send your main character running gleefully off to meet their doom.

Another aspect of this controller that will be particularly appealing to Nintendo fans is the sheer variety of designs available for it. There are two which feature artwork from The Legend of Zelda: Breath of the Wild, an Amazon-exclusive design featuring vibrant Super Mario art, a cute Animal Crossing: New Horizons design and even a Waluigi controller (amongst others). Wired alternatives are also available, if you want to cut the recharge time out altogether. Plus, you can find even more cool controller themes (like Crash Bandicoot) with the PowerA Spectra, which is also great for use in Super Smash Bros. Ultimate and LED lights which you can toggle to switch between colours. 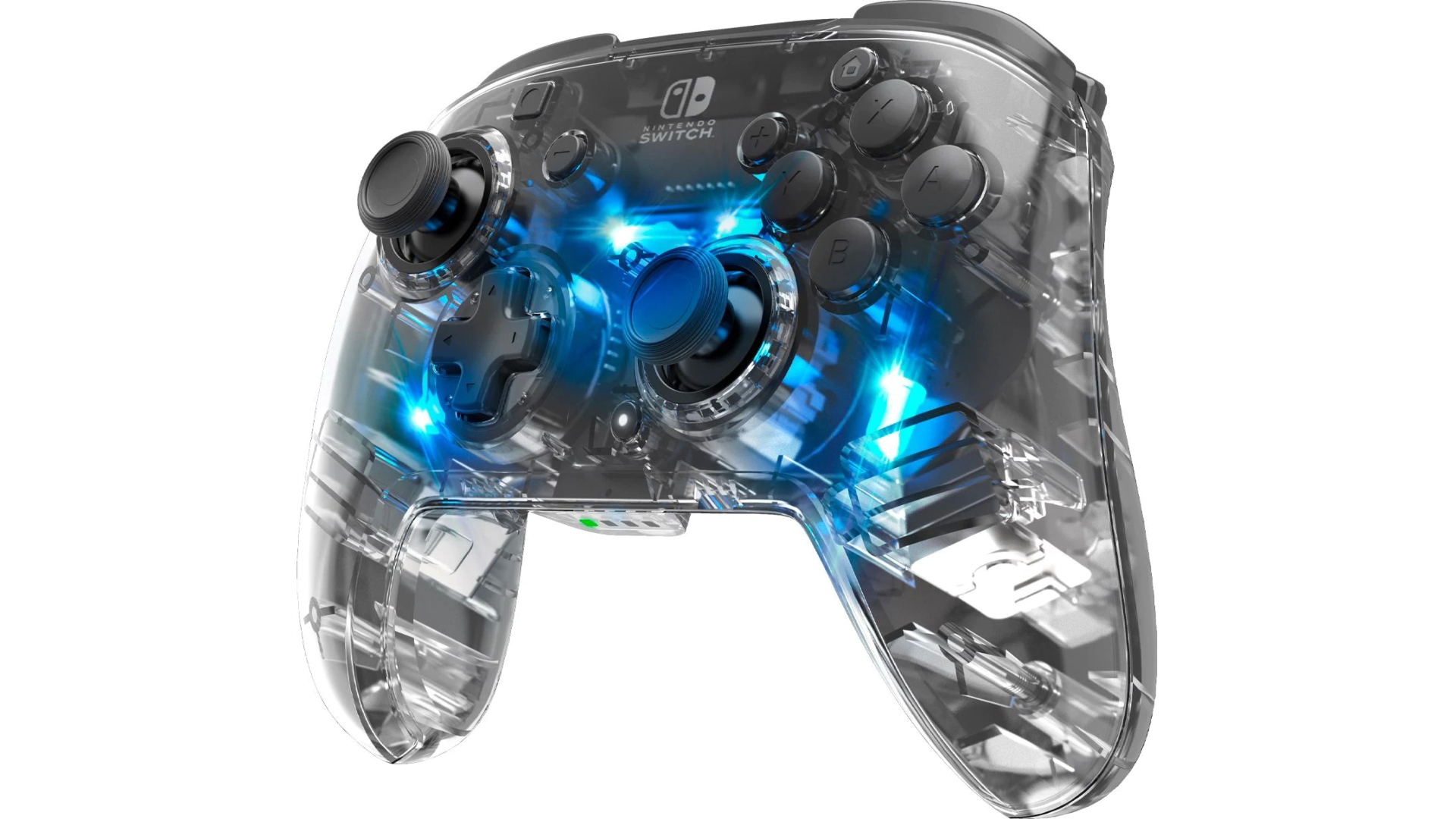 This controller’s design echoes the old Game Boy Color and Nintendo 64 models which were made with transparent plastics, except the Afterglow takes things a step further. Inside its sleek case, you’ll find LED lights which can be customised to shine in different colours, giving you RGB-esque customisation to best suit your gaming space (or your mood).

As with many other Switch controllers, it offers wireless connectivity in addition to an internal rechargeable battery. Also, it’s back paddle-style back buttons are dual programmable, allowing you to use them in the way that best suits your own play style. 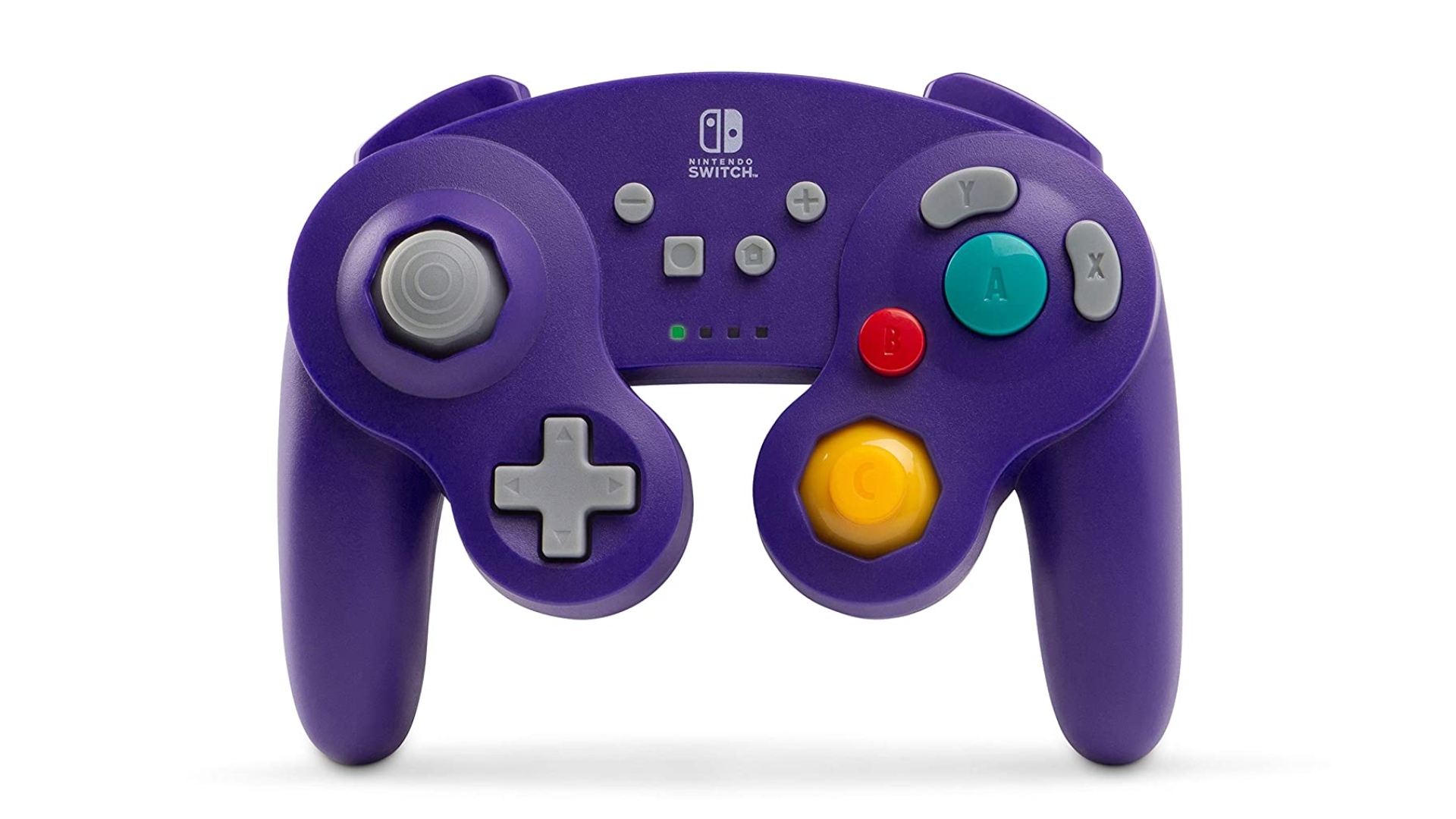 Many veteran Nintendo gamers believe the GameCube controller to be one of the best ever. The good news for those who still have their old GameCube controllers laying around somewhere is that they’re compatible with the Switch… sort of. You need to buy an adapter (they’re not too expensive) and then you’re good to go.

But, wait! What if you don’t have any old GameCube controllers and you still want to try using one? Don’t worry. There’s a range of new GameCube controllers which have been specifically designed for use with the Nintendo Switch – they even have wireless functionality and a few extra buttons (+, -, home and screen shot) so that they are better suited to the newer console. These come in all the classic colour schemes, as well as a cool new Mario one, and Pikachu, Espeon and Umbreon themed controllers for Pokémon fans.

Now we just need a new, Switch-compatible set of the Donkey Konga bongo controllers. (What? That’s how I want to play. Leave me alone.) 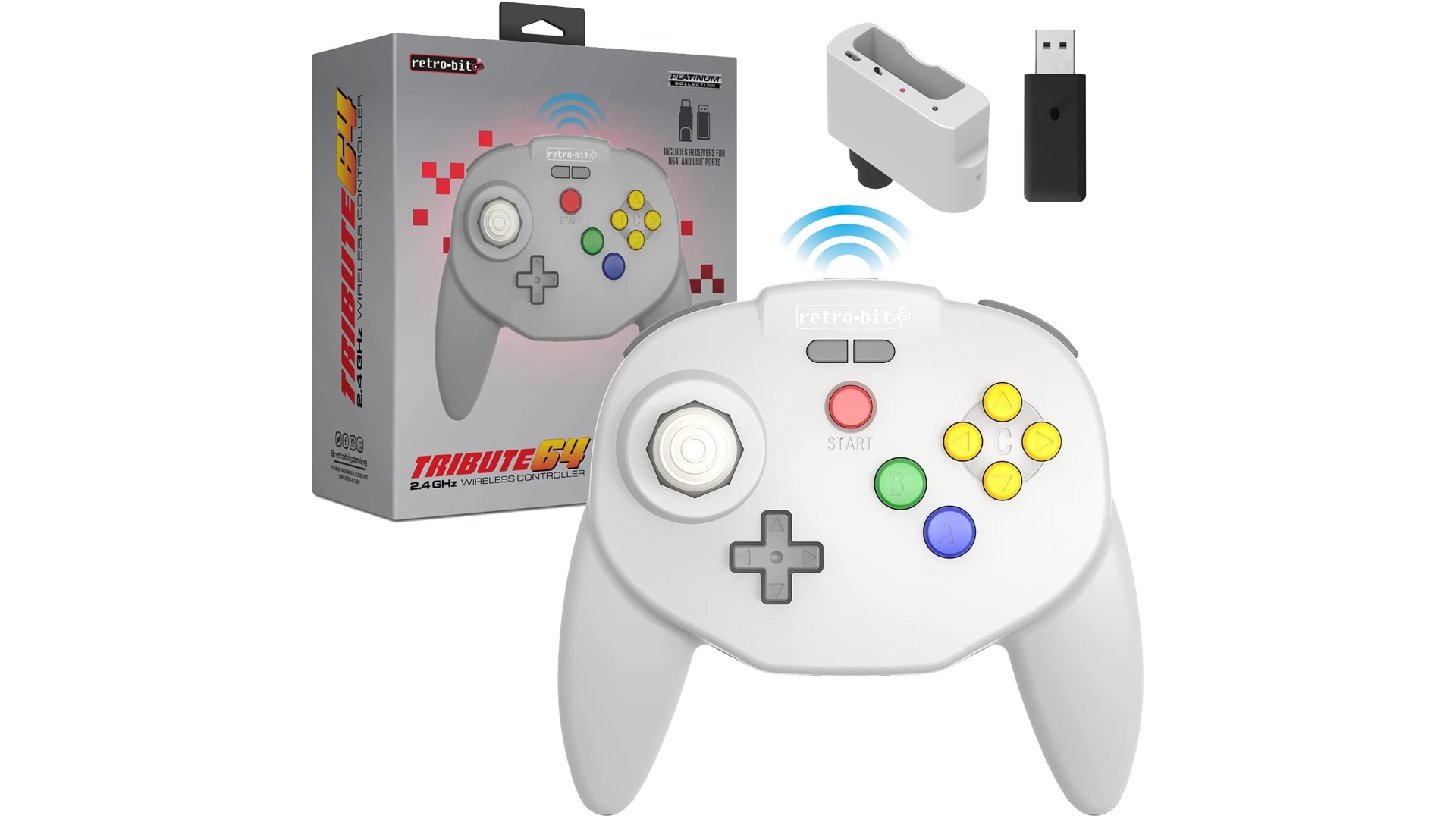 Do you play a lot of retro games on your Switch? Are you excited for the Nintendo 64 titles coming to to Nintendo Switch Online? Banjo-Kazooie is going to be great, isn’t it? Yeah, well, imagine trying to get to the top of the tree in Click Clock Wood while battling Switch drift. The Retro-Bit 64 Tribute controller is essentially a better version of the original N64 controller, because it’s been designed for human beings with two hands, rather than the three-handed aliens who were apparently the target market for the original.

It’s worth mentioning that while this wireless controller is not a Nintendo product, it comes with a handy USB receiver which allows you to use it with the Switch. Also, if you’ve still got your old Nintendo 64 and like to get it out every now and then, it comes with a N64 port, too. 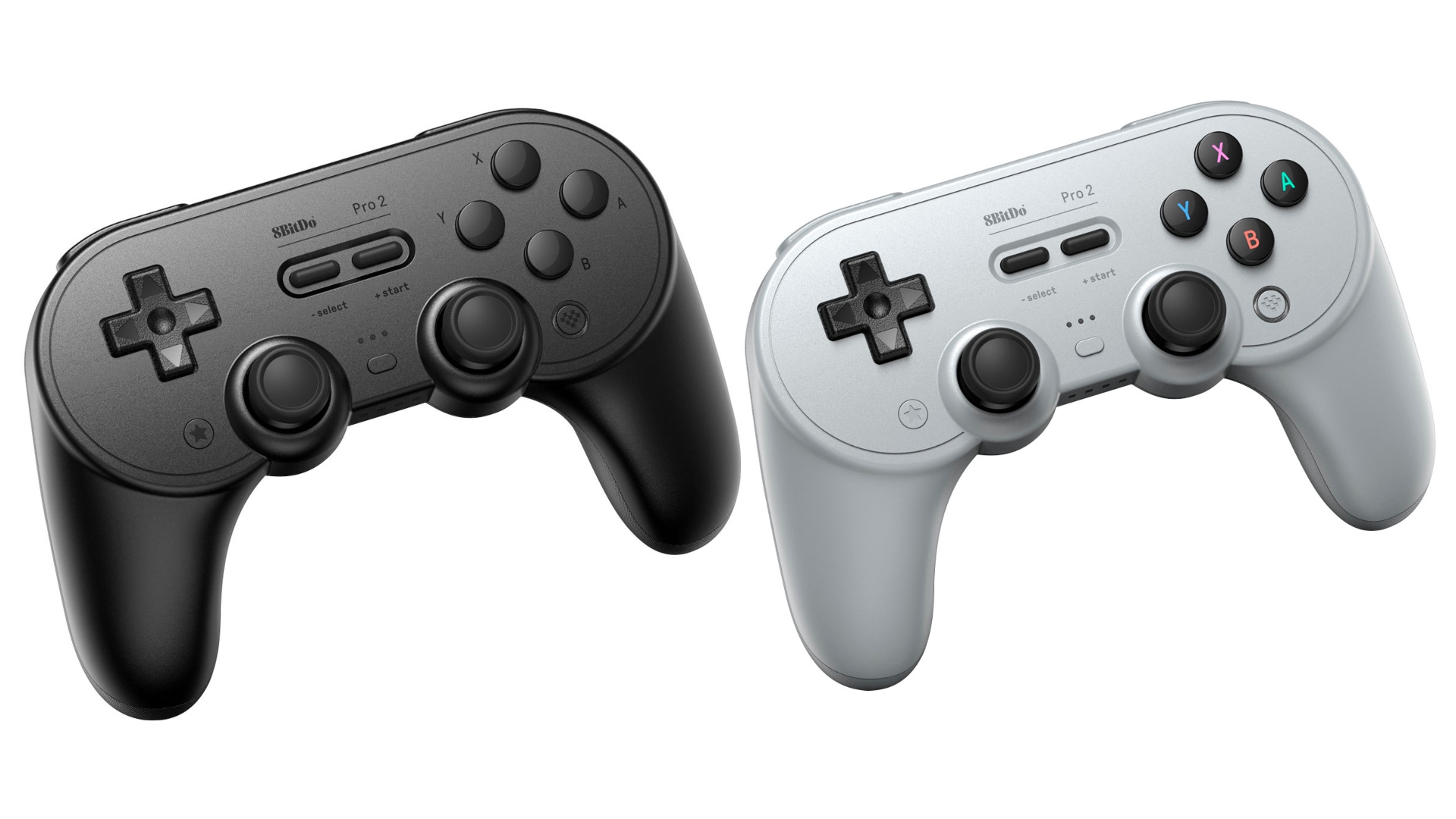 Another one for fans of retro gaming, this gamepad is reminiscent of the original SNES controllers. Sleek and classic in design, this wireless Switch controller gives you up to 20 hours of play per charge, but as it comes with a 1m USB-C cable, it can also be used as a wired option.

The fact that this controller connects using Bluetooth means that it can be used on things besides your Switch, including Windows, Mac and Android devices. 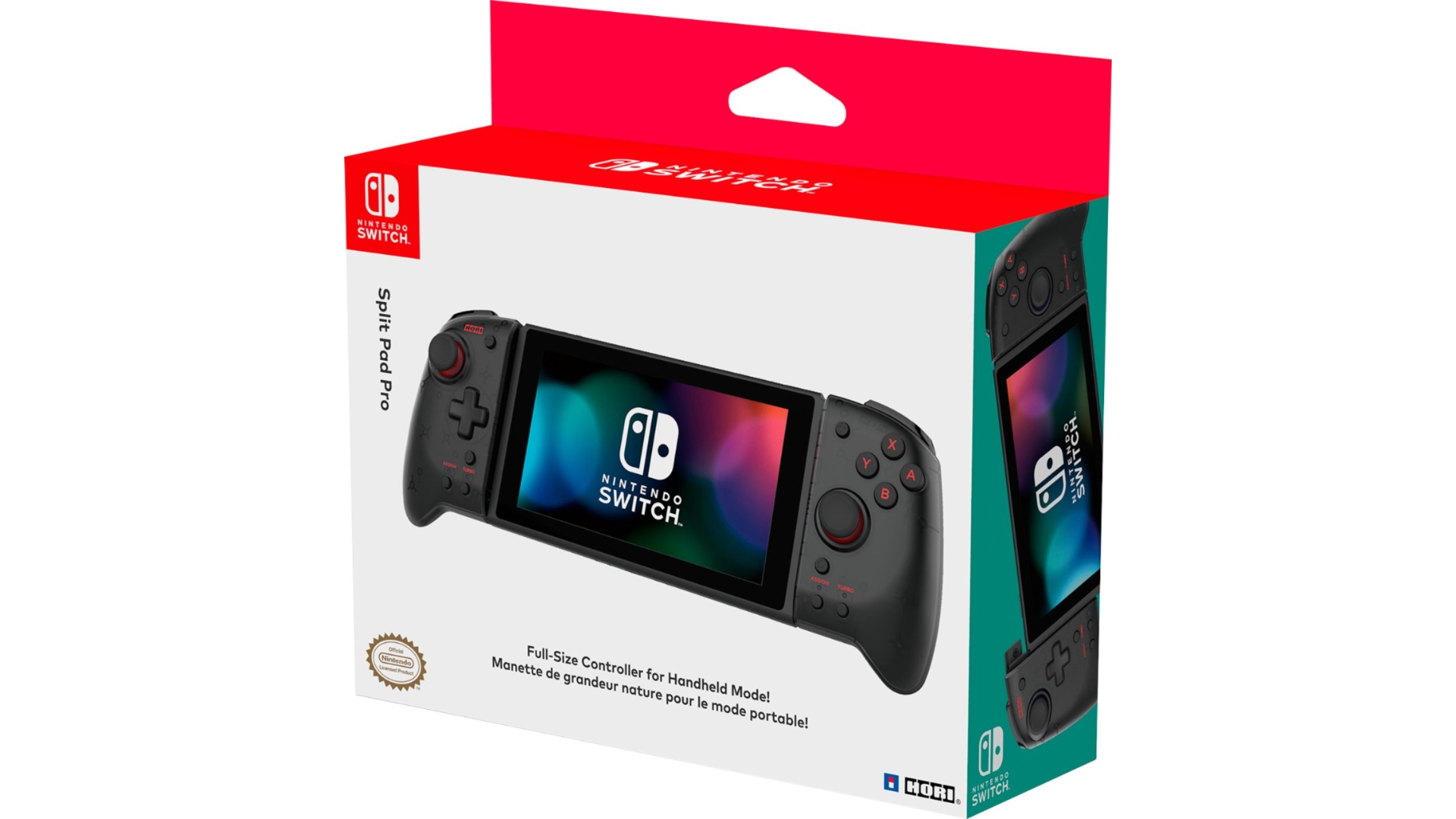 The Hori Split Pad Pro works in a similar way to the Joy-Cons when you’re using your Switch in handheld mode. The Switch slots into the centre and you’re left with much larger controllers either side, which is perfect if you’ve got bigger hands and struggle with the Joy-Cons’ fiddly layout.

This official Nintendo alternative does miss some of the features of the Joy-Cons (such as motion controls and HD Rumble), but it does have its advantages. The lessened chance of drift is one, but the fact that it has much larger buttons and grip means that it’s so much more comfortable to hold in your hands when you’re playing for a longer time, and it’s got assignable rear triggers for easier, more customisable play. Though you can’t use the Hori Split Pad Pro if you’re playing on the television screen, it’s a great option for those who love handheld mode.

Also be sure to check out our guide to the best Nintendo Switch Controllers.