Let’s start by addressing the elephant in the room: chances are that the vast majority of you were expecting the brand-spanking-new Switch OLED to be the Switch Pro. You were probably excited to see what Breath of the Wild looked like in 4K on the big screen, or to dream of the next batch of impossible ports that could arrive now that the Switch had a desperately-needed boost of additional power.

Well, the Switch OLED is not that, and we’re not going to waste time in this review berating it for it. The Switch Pro will almost certainly arrive within the next few years, and the Switch OLED is here to tide us over until then. And let me tell you – if you already play your Switch primarily in handheld or tabletop mode, you simply won’t care in the slightest that this is not the Switch Pro.

Here’s where I’m at: I’ve got a PS5, Xbox Series X, and an LG C1. This isn’t a humblebrag, I’m merely pointing out that I’m the exact target market for a Switch Pro. I do find it difficult to play my Switch on my TV, where it just doesn’t hold a candle to either of the next-gen systems. My solution? Don’t even bother.

My OG Switch has been gathering dust the past couple of years in favour of my Switch Lite, which, for my money, offers the superior portable experience, and I’m more than happy to forego the TV experience entirely. I don’t even feel like I’m missing out. My Switch is my portable, and the next-gen systems do the big screen stuff. 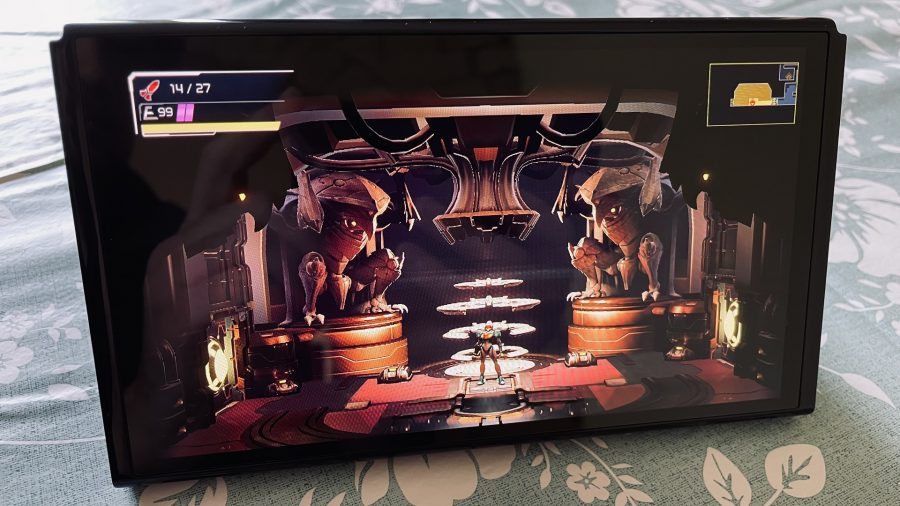 So the Switch OLED did make sense to me. The headline feature of the Switch has always been its portability, providing a space where you could play The Witcher 3, Doom Eternal, and Nintendo classics like Breath of the Wild or Pokémon no matter where you were. The only real downside the Switch has ever faced in this department is poor battery life, which the upgraded model fixed shortly after launch, and an admittedly quite naff LCD screen.

Meanwhile, tabletop mode requires a third-party accessory, or that laughable kickstand. Well, that’s where the Switch OLED comes in to save the day. The eponymous OLED panel is an absolute joy to behold, with its accurate and bold colours, deep blacks, and automatic brightness that actually works. That’s all without mentioning the new 7″ screen size, which almost entirely strips off the bezels. It’s no exaggeration in the slightest to describe it as transformative.

The week I’ve spent with it so far has been an utter joy, and I’ve dug back into my back catalogue to see what my favourite games look like. Tales of Vesperia is particularly fantastic, with its comic book visuals really popping on the larger display. Yoshi’s Crafted World, meanwhile, felt like a whole new game. Any game with a lot of colour, or deep blacks, will benefit enormously from the new display.

Genuinely, I haven’t felt this excited about my Switch since 2017. It might not be the Switch Pro, but it does feel like a whole new system. That excitement of diving into your back catalogue, picking it up at every spare moment, and marking new releases on your calendar is very much in play, and has taken away any ounce of disappointment I initially felt when I learned it wasn’t the Switch Pro. 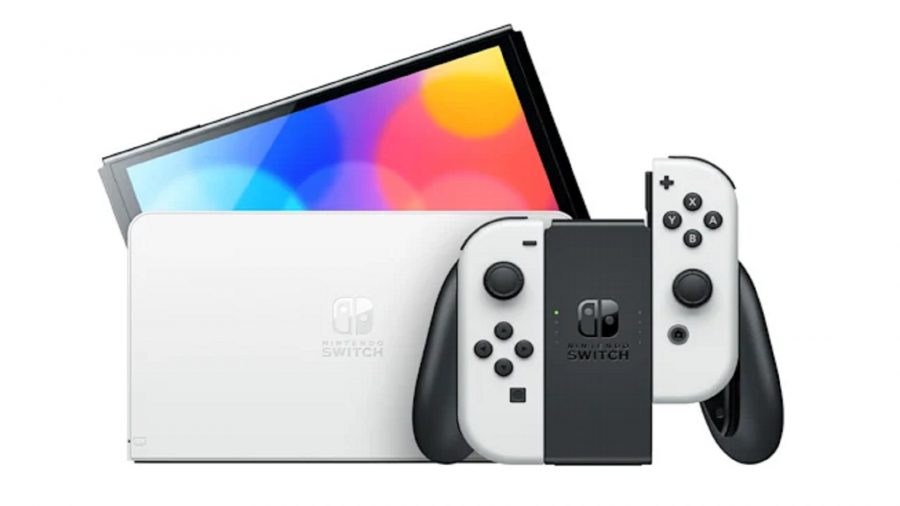 Heck, I’m even less picky about playing it on the big screen. It remains the lesser experience, but the jarring experience I had going from my LG C1 to the OG LCD panel is no longer there, so it’s less of an issue. Sure, I still play in handheld the vast majority of the time, but it’s still a pleasant surprise.

It’s also not true to say that there’s nothing for docked owners, there’s just nothing particularly game-changing. The 64GB internal storage is a welcome touch, and means you can feasibly install any Switch game without a micro SD, while the highly-requested ethernet port is a nifty touch.

The dock itself also looks and feels way more premium. Sliding your Switch into it no longer creates that sense of anxiety that you’re harming the screen, as a rubber interior provides a layer of protection. That’s an important move when you consider that the screen is the selling point of this model.

Is it all sunshine and daisies though? Well, no, but I haven’t found an issue I can’t get past just yet. The screen is way more reflective, for one, so playing in bright environments is trickier, and I genuinely can’t tell the difference between the OG and ‘enhanced’ audio. Fortunately, Nintendo has just introduced Bluetooth audio support at system level, so I use my AirPods Pro anyway. 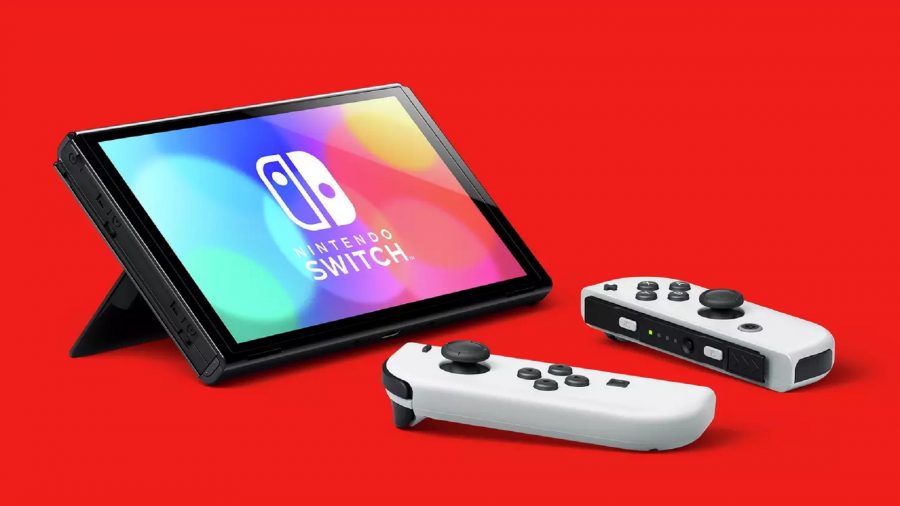 Any other issues I can bring up would just be complaining about what the Switch OLED isn’t, rather than what it is, and I’m already past that. What it is is, undoubtedly, the best version of the Switch so far, and if you’re yet to purchase the system, opting for the OLED model shouldn’t even be a question unless you’re really strapped for cash.

Upgraders do have a decision to make, and it’s less cut and dry. For my money, the Switch OLED is absolutely worth it, as it provides a blanket improvement to everything the Switch offers, as well as an unparalleled handheld experience, which is the Switch’s primary draw anyway. However, if you do play primarily in docked, it’s probably not worth it, despite how much it pains me to say that.

It might not be the Switch Pro, but the Switch OLED remains the best version of the Switch so far, and is a borderline essential purchase for those that play primarily in handheld or tabletop mode