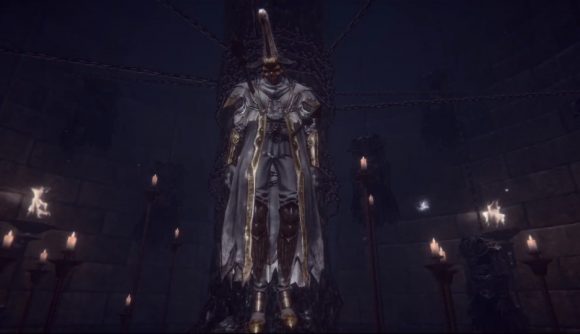 We here at Pocket Tactics love the Soulsborne games – whether it’s dashing among the gothic streets of Yharnam slaying bloody beasts, or getting stabbed, pummeled, and just generally obliterated in Dark Souls. And that’s one of the reasons we love Pascal’s Wager. I’d never have thought it would be possible to bring a true third-person Souls-like experience to mobile, but Pascal’s Wager manages it.

That’s why we’ve decided to partner with TipsWorks this week for a fantastic giveaway. In celebration of the release of Pascals Wager’s new DLC, Tides of Oblivion, we are giving away not just the base game, but codes to the new DLC as well. This means anyone who enters and wins is going to get the code for the base game first, followed shortly by Tides of Oblivion – pretty decent, we think!

For those who don’t know Pascal’s Wager, the action-RPG takes place in a world wreathed in a deadly cloud called the dark mist, where the only islands of survival are beneath giant light-bulb headed colossi – yes, it is as crazy as it sounds. In the game you play as a number of characters, including the courier Terence, and my personal favourite, church knight Norwood, a masked joker who punches people to death with his cursed arm, and bashes them with a coffin he carries around on his back – we told you it was Souls…

So if that sounds like fun to you, feel free to enter below. All you need do is fill out one of the options, depending on which device you have – though please have a gander at our terms and conditions first.

If you just can’t wait, Pascal’s Wager is available on Google Play and the App Store. We also have a Pascal’s Wager review on the site, just in case you’re keen to find out what you’re getting into!