Pascal’s Wager is a curious game – a lot of the time it feels like it’s taking influence from Soulsborne, and their Action-RPG format, but sometimes it manages to do its own thing. Look at characters like Norwood – a masked amputee church knight with a cursed arm and a coffin he bashes baddies with – and you see a character who is great in his own right. The same can be said for the game’s main concept. The only way people survive in Pascal’s Wager is by sheltering under giant glowing-headed creatures who keep the dark mist at bay.

Sure, Pascal’s Wager doesn’t always have the best dialogue, and it takes a lot of its cues from Dark Souls and Bloodborne, but sometimes it adds its own twist to the formula. Tides of Oblivion is a great example of that.

Venturing into Itchyosauria, I was expecting to find something like the fishing hamlet in Bloodborne’s Old Hunter DLC – an aquatic location that channels Lovecraft’s use of maritime settings. After all, Pascal’s Wager takes a lot of influence from Lovecraft.

But Pascal’s Wager goes one step further. Early on in the expansion it’s revealed that Icthyosauria is actually a giant sea monster in which people built a settlement to escape the dark mist. That means Tides of Oblivion takes place entirely inside a big fish – think Jabu Jabu’s belly from Ocarina of Time. Here’s how you come to find yourself in a sea monster’s stomach.

Your good friend Jerold asks you take a trip with him to save Icthyosauria, his homeland, as it has become blighted by a terrible curse. So you set off in a ship, with trusty Glen in-tow, and sail to the salty settlement. But disaster strikes! Your ship sinks, and you wash up in Icthyosauria, damp yet determined to find the source of the curse… 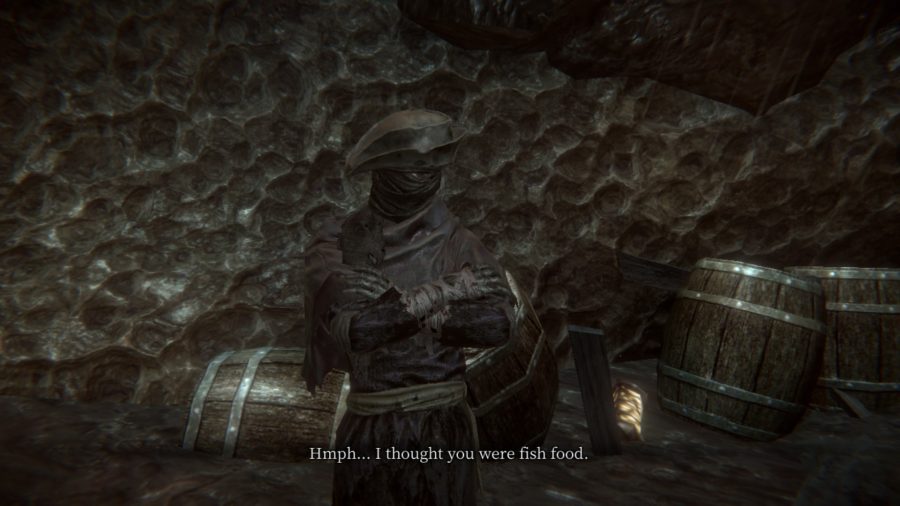 I’m pretty fond of Icthyosauria. It’s got those cursed fishing hamlet vibes, but as with any good expansion, your surroundings change as you ascend, fighting new enemies, some of which are really hard. There are Scavengers, spear-wielding hunters who are nasty to deal with, and mushroom snake ladies who send serpents underground to entangle you. It’s a difficult expansion, and maybe a little too difficult, but that’s for each person to decide.

One of the headline features of Tides of Oblivion is the new playable character, Jerold, an emaciated courtly gent wearing an admiral’s coat, and wielding a rapier. Jerold fulfills a role that not of the other characters do, and that’s the speedy, agile fighter. His rapier doesn’t do much damage, but his attacks are very fast, and his special ability buffs the blade with extra power. He also runs very fast, and has a cape attack which disorientates foes. 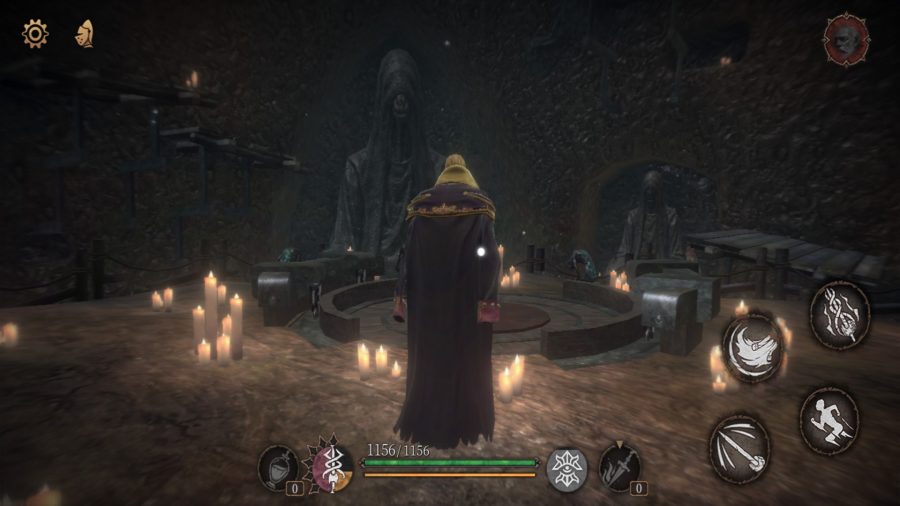 As with any good Souls-like setting worth its salt, Icthyosauria features a collection of weird characters who say lots of extremely ominous things. In my travels I met a cauldron-stirring madman, a mournful mushroom snake person, and the only sane character, a young boy staying alive by smartly evading the Scavengers. The characters are a nice touch, though, and add a little more flavour to the cursed setting.

During your travels through Icthyosauria you may find this mysterious suit of Scavenger armour. It says only a ‘warm-will’ can use it, and if that’s the case, uncovering this mystery will grant you a pretty badass looking cosmetic

On the whole, it’s nice to see Pascal’s Wager providing expansions that are distinctly different from the base game, such as the aquatic setting of Icthyosauria, the combat role of Jerold, and the self-contained narrative of the expansion. The central concept of Pascal’s Wager is strong enough to allow the approach of exploring different enclaves of people trying to survive the dark mist. Tides of Oblivion might be too hard for its own good, but it’s a satisfying side story for anyone who enjoys the base game. 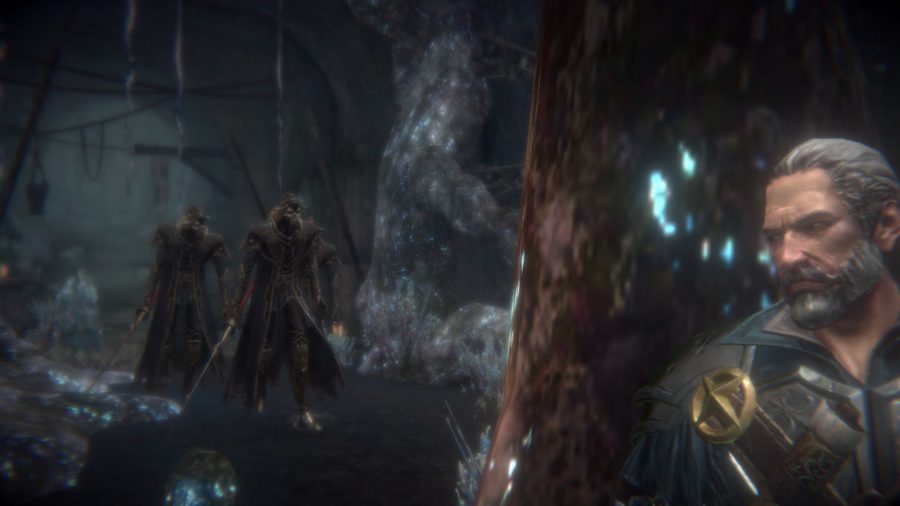 If you want to pick up Pascal’s Wager, you can find it on Google Play and the App Store. We also have a Pascal’s Wager review, if you want some thoughts on the main game.

Though it's a very difficult expansion, Tides of Oblivion is a great side story for Pascal's Wager