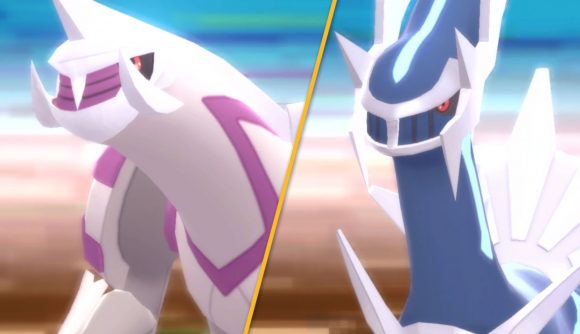 There’s a new Pokémon Brilliant Diamond and Shining Pearl update, bringing with it some long-awaited features, as well as a thorn in the side to those still revelling in the game’s infamous duplication exploit. As part of the version 1.2.0 patch, you can finally create custom rules for battles in the Colosseum, alongside other quality of life updates and bug fixes.

However, the biggest news from the Pokémon BDSP patch notes is, of course, the clamping down on clones in the game. Until now, you could trade or battle with any Pokémon added to the PC by the duplication method, but the update has put a stop to that. While the actual duplication method hasn’t been available since December’s patch, the developer obviously isn’t content with just that, and now wants to remove these glitched Pokemon from circulation entirely.

It’s not the only update to a Pokémon Switch title this week, as it follows the announcement of the Pokémon Sword and Shield max raid event in time for Pokémon Day. There are more announcements to come, too, with Pokémon Day 2022 extending to a week’s worth of events, culminating on the day itself, 27 February.

With that out of the way, check below for all full Pokémon BDSP patch notes.

This addition is a big deal for community Pokémon players looking to roll back the years in the classic union room feature. Union rooms were limited to two players before the latest update, but you can now hold a veritable Poképarty with seven of your fellow trainers to battle, and trade, to your heart’s content.

Thanks to the addition of the Colosseum, you can now battle in custom modes created by you and your friends. This update gives BDSP a lifecycle boost, and will bring some players back to Sinnoh to test teams against non-AI opponents.

The new Pokémon Brilliant Diamond & Shining Pearl patch has added 'PokeDupeChecker', which checks for clones in the save data (party, box, daycare). Anything detected as a clone will be flagged in the PKM's data structure, and will be prevented from being traded. pic.twitter.com/vWdj4E1JtS

As we mentioned earlier, this is the big deal update that affects cloned Pokémon.

This one’s pretty self-explanatory, but we enjoy the term “pleasant gameplay.”

With that, you’re fully caught up on all the Pokemon BDSP patch notes, ready to head back to Sinnoh and jump into some battles in the Colosseum. Alternatively, if you’ve been spending more time in Sinnoh’s historical equivalent Hisui recently, why not get some extra supplies for your adventure with our Pokémon Legends: Arceus mystery gift codes guide.