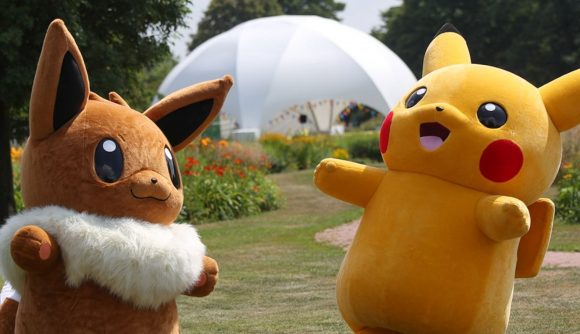 Pokémon Go Fest Berlin is officially underway, with players from all around the world gathering in the German capital to celebrate the sixth anniversary of Niantic’s global hit. This year it’s another three days of epic adventure, with a ton of special events and items in the game for you to find and enjoy.

For those who have touched down in Germany for the Pokémon Go Fest Berlin, it’s guaranteed to be a weekend full of fun, and maybe a couple of surprises. One thing that’s certain is a bunch of event-only Pokémon, so you can return to wherever with something your friends might not have seen before.

Still, don’t worry if it’s too late for you to fly out to Europe, as parts of the Pokémon Go Fest Berlin event will come to you. The first part of the festivities that you can take part in is the global Team Rocket challenge, with the task of all of Pokémon Go’s players joining together to defeat 15 million members of the infamous Pikachu-stealing organisation.

As well as a bunch of special in-person events with staff from Niantic on hand, the Pokémon Go Fest Berlin celebration also features two ultra unlock challenges, so there’s something substantial to dig your teeth into. As you can see below, things are already off to a fantastic start.

What an amazing day to celebrate a day of adventure!

So, make sure to reap the rewards of this weekend’s Pokémon Go Fest Berlin, even if you can’t make it there in person. For more information on another exciting upcoming event in Niantic’s AR title, check out our article on Pokémon Go’s sixth anniversary.