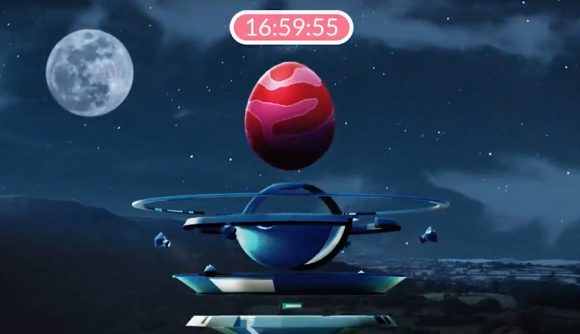 When Niantic first teased a new 1-star raid boss coming to Pokémon Go, the community became rife with speculation. Could it be Zygarde, a legendary Pokémon originally created in Pokémon Sun and Moon by collecting 100 small Zygarde cells? It would make sense as to why four countdown trailers were produced for a lowly 1-star raid.

However, other players saw a swirl in the first trailer, leading them to believe that this was referencing the swirl in Kecleon’s tail. Kecleon – the chameleon Pokémon from the Hoenn region – is the only non-mythical Pokémon from the first four generations yet to be released. It’s understandable that Niantic wants to introduce it in a cool manner because of the unique way you encounter it in the original Generation 3 games.

Kecleon, as it is a chameleon, was invisible to the naked eye and blocked off certain routes. You could only reveal it with the use of a Silph Scope, obtained by playing through the story. Now, this seems like a perfect opportunity to make use of Pokémon Go’s unique AR mechanics – perhaps Kecleon can only be found when scanning the area in AR mode or something?

However, fans were excited for its potential release in raids – the manner in which they caught it didn’t matter as much as completing their Pokédexes. However, subsequent teasers crushed their hopes beneath a small, psychic-type Pokémon.

A banner floating across the background of the third trailer said simply “677”. Now – spoilers ahead – the Pokémon with that Pokédex number is Espurr, a small psychic-type monster. Niantic then confirmed that the new raid boss was a Generation 6 Pokémon, and fans matched up the mewing cries in the trailers to the cries that Espurr produces.

Now we’re fairly certain that Espurr is being released this evening, the only question remains is why? Why all this fanfare for a regular Pokémon? No offense to Espurr or Meowstic fans out there, but there’s nothing particularly special about it. Will every new Pokémon in raids receive the trailer treatment? Time will tell.

If you’re looking for some similar games, check out our list of the best mobile multiplayer games for some inspiration. If Pokémon Go is your only vice, stay up to date with the latest bosses in our Pokémon Go raids guide, which will be updated with Espurr as soon as it is officially confirmed.