Like many other popular mobile games at this point, Pokémon Masters features dozens of units players can collect; with some noticeably better than others. Weakness and resistance values can make identifying the best difficult at times, as each and every unit is better or worse depending on the battles ahead.

As the game lives and breathes on the introduction of new units, our Pokémon Masters tier list is always subject to change. As a result, we recommend using this as a guideline only, alerting you to some of the more versatile and sought-after units in the game with a brief explanation of how to get the most out of those sweet Gacha pulls.

Before we get into that though, a brief description: Pokémon Masters splits your sync pairs into four different roles, including physical, special, tech, and support, with each of them operating differently. We’ll go into more details as to how each of them functions later in this guide. We’re more invested in the best sync pairs available, admittedly, so we’re going to focus on that. Here are our favourites so far.

The ‘sweeper’ style of play has long been popular in competitive mainstream Pokémon titles, so we’re starting things off with the strongest physical attackers in the game. 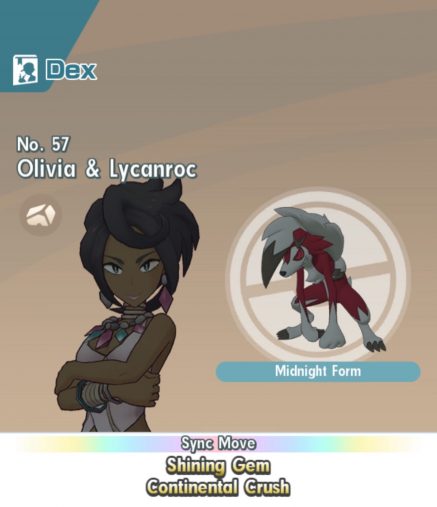 Olivia’s Lycanroc takes the crown here thanks to its incredible raw attack potential and 100% crit chance move. It’s a single target spammer, so it’s best to bring Lycanroc out for boss fights rather than easier trainer battles where AoE moves will speed things up. With plenty of access to self-buff techniques, Lycanroc can take care of itself so long as you deal with any special strikers before they can exploit the special defence it sacrifices while buffing up.

To get Lycanroc up to its full potential, you’ll need to unlock both Stone Edge and the Hard as Diamonds! buff to patch up the former’s middling accuracy and reach that 100% critical cap. If you have the extra items, unlocking the Amped Up! passive lets Lycanroc boost its speed with each crit; a dangerous combination indeed. Rolling in with support units can help buff its stats even further. 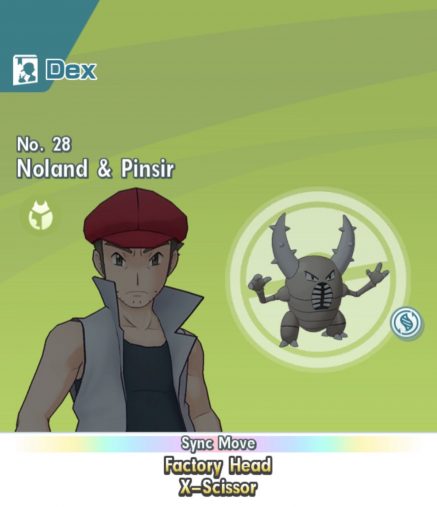 With similar power and buff potential, the only reason Mega Pinser isn’t above Lycanroc is the necessity to mega evolve in each match to reach its full potential. With the right set-up you can speed this up considerably, but Noland & Mega Pinser still require a little time to get going. Once they do, they’re a force to be reckoned with.

As it takes some time to set up, pairing Mega Pinser with bulky support units is almost mandatory. Phoebe & Dusclops or Hilbert & Oshawott are fine choices due to their ability to further boost Pinser’s attack, and can quickly replenish the move gauge to keep Pinser on the offensive. You only really need to unlock Bring it On! for Pinser to shine, but X-Scissor will obviously have its benefits. 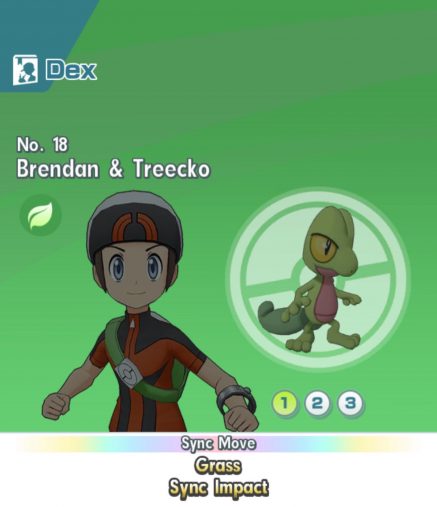 Despite confirming the odd decision for only female main protagonists to have starter evolutions, Brendan & Treeko have managed to climb to the top of the physical striker tier list. Treeko can burn through three chunks of the move gauge to boost its offensive stats to the max, with Leaf Storm, it’s choice move, eating up just as much. It’s a greedy creature, but one easily capable of taking down multiple targets and exploiting both physical and special defence gaps thanks to its moveset.

Getting the most out of Brendan & Treeko will depend on really committing to its growth through the move gauge, which requires unlocking No Turning Back! and Leaf Storm. Having Rosa & Serperior or Phoebe & Dusclops on your side can help keep things flowing. Buffing its accuracy can help avoid wasting a large chunk of the move gauge on a bad Leaf Storm.

Much like the physical striker, special strikers excel in dealing large amounts of damage; usually at the cost of personal bulk. 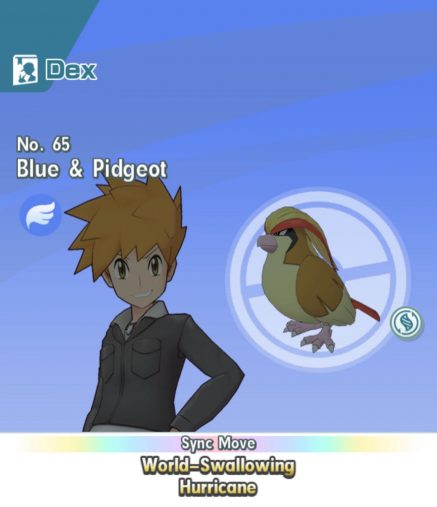 The introduction of Blue & Mega Pidgeot has shaken things up a tad since the beta release in August, earning the pair a top slot with ease. Mega Pidgeot isn’t entirely dependant on its mega evolution thanks to some powerful AoE strikes, but it certainly helps boost the creature above the competition. One AoE can inflict confuse, while the other has a high natural critical rate.

Mega Pidgeon’s set-up lends itself to longer fights over shorter ones. Unlocking both Smell Ya Later! and Hurricane is essential. You can patch the latter’s low accuracy by bringing a unit capable of making it rain if you’re unable to unlock the former. 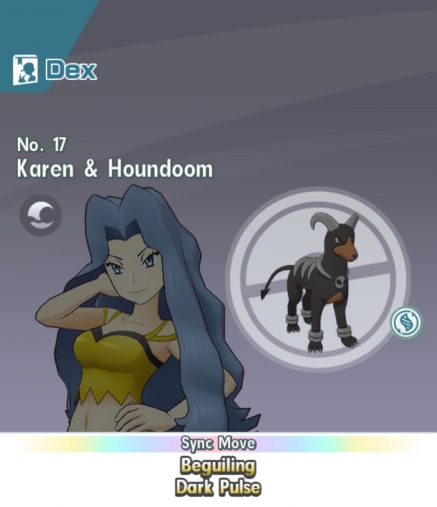 According to GamePress, you can beat Mega Houndoom with as little as a three star unit, but even normal Houndoom is all you’ll need to have a unit ready to take on the big leagues. This makes Houndoom a bit of a hybrid in terms of its role. As it can lower a target’s stats and potentially cause Flinch, it’s a powerful asset for stopping an opponent’s main Pokémon in its tracks.

You’ll want to unlock both Dark Pulse and Entertain Me! to allow Houndoom quick access to its mega evolution and interrupt targets with powerful strikes. Don’t worry about unlocking its passives. 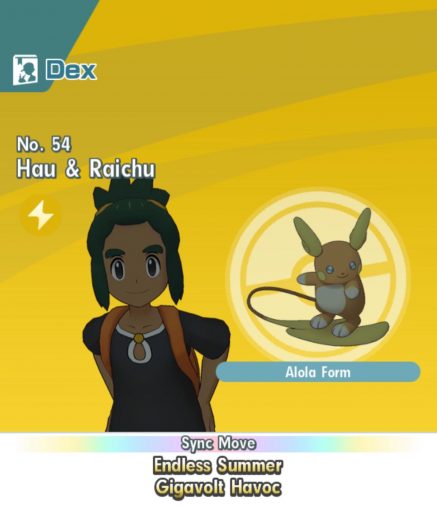 This decision might not be reflected on other tier lists, but Hau & Alolan Raichu were quite the powerhouse duo in early access. Alolan Raichu was frequently seen clearing the highest level content available at the time; its powerful AoE moves catapulting it up the usability list.

Maximising Alolan Raichu depends on keeping your resident tank on the field. What Raichu lacks in HP it more than makes up for in speed and overall DPS. Discharge is the main unlock here, but Feel the Alolan Breeze! can keep it fast on its feet and provide the evasiveness it needs to dodge death once a tank goes down. The earlier you pull this unit, the easier a vast majority of the content will be.

Tech units specialise in punishing their targets with a barrage of status ailments. It isn’t unusual for them to then carve out extra damage with their sync moves against inflicted foes, but paired with a matching striker, tech units can pin strong targets in place while another knocks them out of the field. 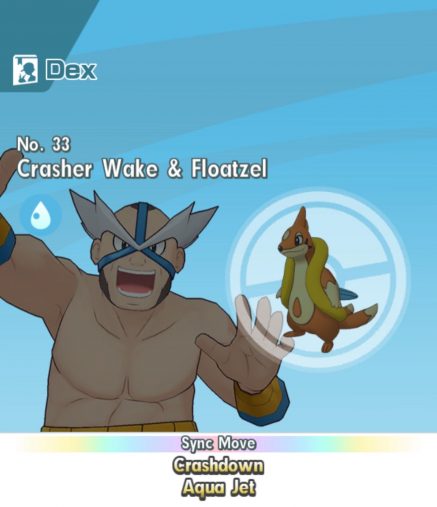 By no means the single greatest tech unit in the game, the exciting thing about Crasher Wake & Floatzel is their three star base potential. You’ll have to juice the pair up to push the envelope here, but you can’t ignore having such easy access to a versatile tech unit.

Floatzel can inflict a dizzying amount of ailments, with passives that can up the chance of these too. After unlocking Water Pulse, Floatzel can inflict both flinch and confuse, with Aggravation 1 boosting those odds. If you really need to use its flinch -punishing sync move on a target, its critical and attack buffs can allow for a devastating blow. 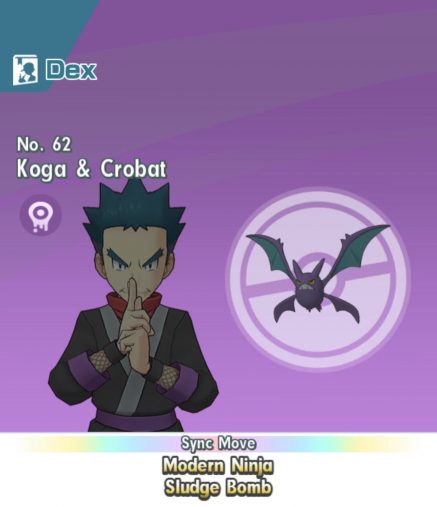 Crobat isn’t the most exciting unit in the game, but access to the Badly Poisoned affliction opens up a few interesting strategies.

Badly Poisoned can break away large portions of an opponent’s health pool once it gets going, making it great for melting through tougher boss units. The evasiveness afforded with Move like a Shadow! and the speed boost of X Speed should allow Crobat to hang around and toss poison at multiple targets. It can then take advantage of this with Venoshock or its sync move, but this shouldn’t be necessary unless you’re looking at a type advantage. 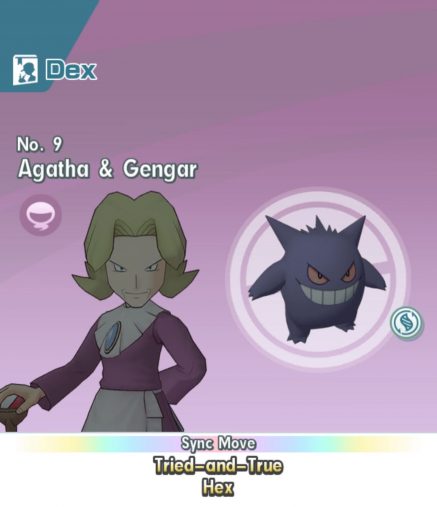 Gengar shines even without its mega evolution due to the numerous status effects it can dish out. It can inflict paralysis with Lick and sleep with Hypnosis even before triggering a mega evolution, potentially saving a sync move for a more powerful unit on your team.

But Mega Gengar’s stat boosts make it a viable tech/striker able to rival even dedicated top-tier strikers. At four star base potential, it’s an uncommon pull that can fill in for any eventual five star once you unlock Shadow Ball. 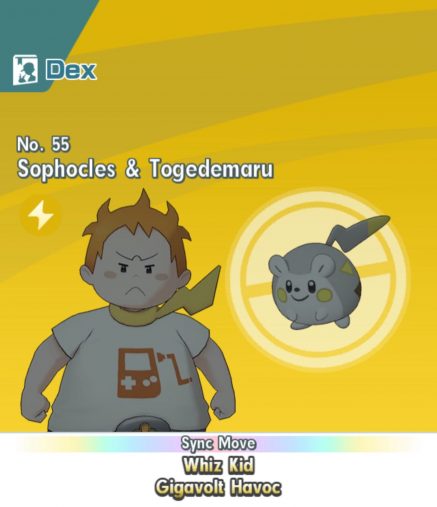 These guys can be an excellent crowd control pair as they have a move called Nuzzle that inflicts paralysis on its target 100% of the time. This is especially useful if you’re fighting an opponent who’s stronger than you. The Power of Science! drastically raises Togedemaru’s attack and speed, making them a good offensive sync pair. There’s also a chance to inflict flinch, but it’s less consistent.

Support units specialise in keeping the rest of the team fighting fit; not through healing, but tanking hits with their high bulk and buffing allies to hold their own. 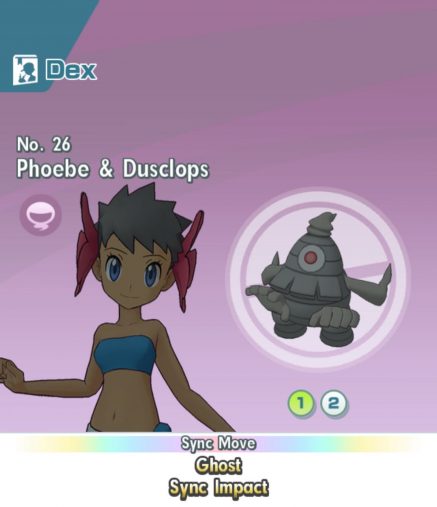 Phoebe & Dusclops really shine in co-op, but they’re incredibly capable solo units too. Access to Dire Hit All boosts the team’s critical rate, while Shadow Punch’s Sure Hit bonus can help get rid of any Pokémon that has been allowed to stockpile evasiveness.

Dusclops really begins to shine once Unbreakable Bonds! is unlocked, gifting a bigger team attack buff and move gauge replenish as its HP drops. If going co-op, be sure to unlock the Pass It On passive, which allows Dusclops to give half of its buffs to whichever Pokémon replaces it in battle. 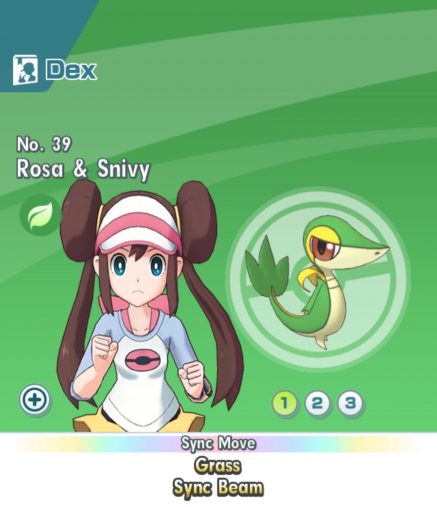 A unit everyone unlocks through the story, Rosa & Serperior simply need some love and attention to carry you to victory. You’ll need to evolve the base Snivy to reach peak performance, but it’s always worth the effort.

Serperior pairs well with special strike units due to its invaluable special attack boosts, which are unlocked from the start. You’ll absolutely want to unlock Time to Energize! for the massive three move gauge replenishment, which will allow any team to rattle off powerful attacks or build up a sync move more easily. If you struggle to find an alternative tank, consider unlocking Giga Drain to keep it on the field a little longer. 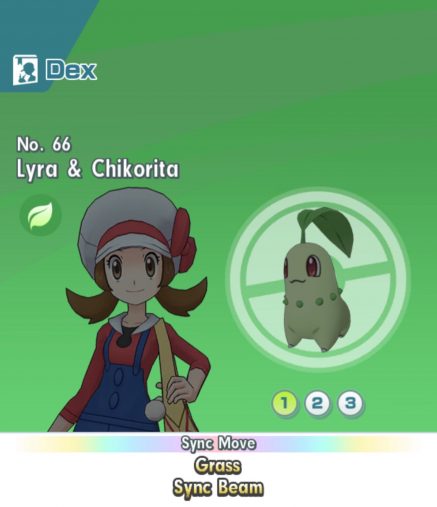 As an alternative to the above, newcomers Lyra & Chikorita (you will need to evolve to Meganium) might be worth considering as an alternative to Rose/Serperior. Chikorita has a support skill that boosts special attack, attack, and speed for the whole team, making her an excellent anchor to build a team around. Also, when the weather is sunny, Sunny Side Up! is more effective.

This team also has one of the highest HP stats amongst all of the sync pairs, making them a surprisingly effective tank. Light Screen can reduce damage from special attack and they’re strong against special strikers. 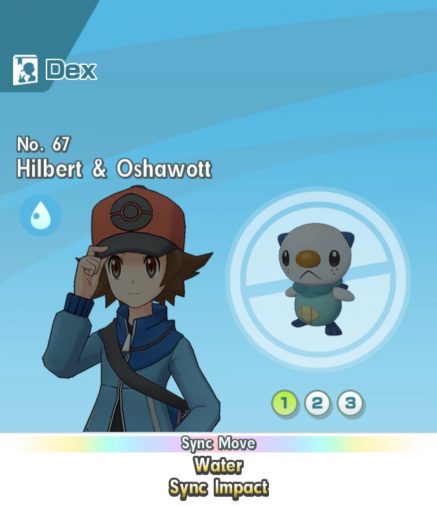 While not actually available at the time of writing, Oshawott can be considered the attack variant of Serperior. High bulk, attack buffs based on lost HP, and X Speed All can push physical strikers beyond their base stats with ease.

Unlike Serperior, Oshawott has no way of healing itself, creating a time limit of sorts on the match. Where this helps is that Oshawott only needs a single unlock of In This Together to become a viable team asset. X Speed All should ramp up the time to victory, but you’ll need suitable physical attackers to make the most of this tiny sea creature.

Remember, that if you’re wanting to get into the game, but don’t know where to start, our Pokémon Masters guide can help you out!

Thronebreaker iOS review – stacked against you