The Pokémon franchise is no stranger to mixing up its traditional battle elements for the sake of its many spin-off titles, and Pokémon Masters is no different. It may look like a fairly standard take on the franchise – with the exception of 3v3 battles – but there’s a lot of real-time decision making and new rules that can trip up even the most dedicated Pokémon fan.

In this quick-fire Pokémon Masters guide, we’ll highlight all of the small mechanical quirks, and dish out some helpful tips to help you overcome its challenges. That way veterans of the franchise won’t fall victim to decades of now obsolete knowledge and muscle memory, and newcomers can jump straight in without feeling too overwhelmed.

everything in our POKÉMON Masters guide:

Unlike basically any other title in the franchise, Pokémon are only ever weak to a single element here. Veterans of the franchise will have memorised the weakness chart in their minds a long time ago, but that’s actually more of a hindrance in Pokémon Masters.

Rather than a Fire-type Pokémon being weak to Water and Ground, it will only be weak to one of those. This is displayed beside each Pokémon on the field, so you’re never too far away from figuring it out.

Given the fast-paced nature of the battles, you’ll need to keep these strengths in mind before you go using an Ice-type move on a Flying-type Pokemon that’s only actually weak to Electric.

If you want even more of an edge on your opponents, have a look at our Pokémon Masters tier list. 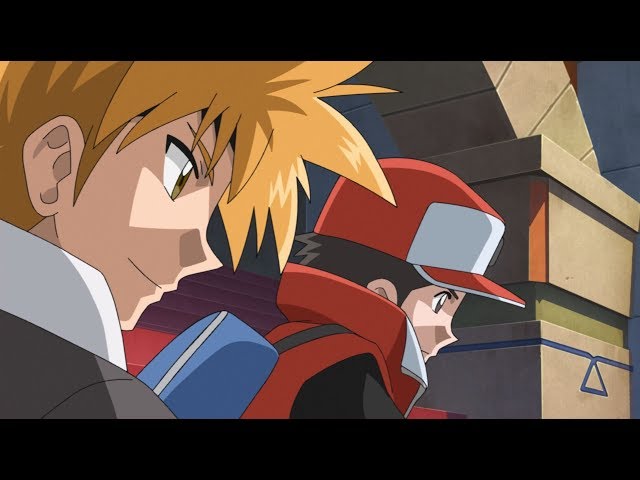 Type resistances also go the way of the dodo in Pokémon Masters. Just like weaknesses, Pokémon would traditionally resist other types of attacks based on their own. That’s not the case here. In fact, there aren’t any resistances at all. That includes complete immunity, too. So don’t worry about using a Normal or Fighting-type move on a Ghost-type Pokemon. You’ll still sock that Ghastly right in the face.

One of the stranger things about Pokémon Masters is how the rules of battle aren’t identical between the player and the AI. Where you have access to a trio of Sync Moves to suit the situation, your opponent will only ever have the one.

Only the central Pokémon on the opposing team can execute a Sync Move. To make up for this, AI sync moves will always hit your entire team rather than just a single target. It’s usually a good idea to knock this Pokémon out early to avoid a team wipe in one big blow. Pay attention though: if the centre slot has more than one opponent in it, the new incoming Pokémon will pick up the Sync Move countdown from where it left off.

If you encounter a situation where a weaker Pokémon starts off in the centre spot, and the replacement is the team’s strongest Pokémon, an alternative strategy might be to let the weakest fire off it’s Sync Move first. Then, when you take it out, the replacement likely won’t have a chance to perform theirs.

Trainers (or Sync Pairs) eventually reach what’s known as a ‘soft cap’: a point at which you can’t level them up any further without jumping through a few hoops. Similar games usually lock this behind the unit’s rarity (or star rank), requiring players to boost the unit’s rank to unlock their level cap. That that is not the case here.

While you can upgrade a unit’s rank in Pokémon Masters through the Increase Potential menu, unlocking their max level limit is actually done in a dedicated window using completely different items. Firstly, you need to have completed Chapter 4 (the one where you get the Sync Pair Erika and Vileplume) and then you need to go to the Training Area. 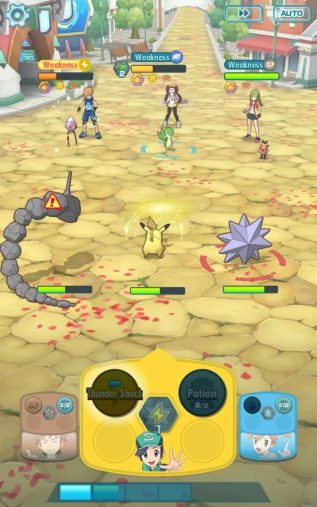 No matter how many courses are available to you at the time – Supercourses will rotate in and out – at the bottom of the list will be a Special Training option called ‘Battle Techniques’. It involves a single fight against an Ace Trainer, and you’ll want to take Fighting-type Pokémon. If you beat him, you’ll unlock the Unlock Level Cap option in the ‘Team’ section.

In your effort to knock out the opposing team’s centre Pokémon before they can get their Sync Move off, using items can really speed up the job. Items don’t consume the Move Gauge but do still contribute to the Sync Move countdown.

So if you’re trying to get a Sync Move off before your opponent, consider queueing up item uses on other Pokémon while another spams low-cost moves to accelerate the gauge. Remember: a low-cost move increases the Sync Move gauge just as much as a higher one.

But before you go spamming items early into a zone, be aware that they don’t regenerate between fights within the same section. This means if you’re going into a story zone with two or more fights, blowing all your items in that first battle to rush out a Sync Move might leave you grasping at straws later on.

There’s no denying that rolling a five star character is an exciting prospect, and it’s no surprise that people will cram their teams with as many five star gacha rolls as they can. But Pokémon Masters isn’t as clear-cut as that.

Just because a story character comes in at three star rarity doesn’t mean it’s completely useless. Any unit can be upgraded to a five star with enough effort, and some of those story characters can easily rival a five star gacha pull once they’re boosted to the same point. So ,just because they’re free, doesn’t mean they’re at the bottom of the tier list. They just need some TLC to really prove their worth. Don’t write them off too soon.

And besides; when you take into account type advantages, almost every Sync Pair has a use.

If you’re having trouble knocking out a strong Pokémon before it has time to finish you off with a Sync Move, make sure you’re making good use of status combos for some easy extra damage. Tapping and holding an attack or skill in battle will show you it’s power, accuracy, and additional effects. 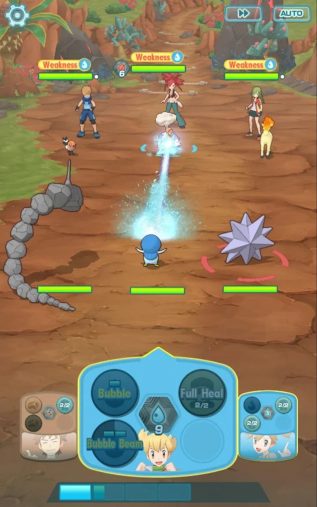 Some attacks can inflict common status conditions like Paralysis or Flinching, and certain Sync Moves can exploit these for tons of extra damage. One early example is Flannery and her Torkoal. Torkoal’s base attack, Ember, can inflict Burn with enough luck, and its Sync Move deals considerably more damage to a Burned target. It’s best to build a team that synergizes well with these kinds of combos to exploit bonuses and take down foes fast.

The Level-Up Training zone is a great way to boost low-level sync pairs, but you don’t need to take them in to reap the benefits. Rather than making the easy fights difficult with low-level teams that can’t exploit weaknesses, just use the training manuals rewarded at the end to level up these non-optimal characters. That means you can make quick runs through the level up training fights with your better teams and use the resulting items to power up your weaker ones.

By default, you can’t easily see which Pokémon is next in line to attack. If you absolutely need to know who’s about to strike next, you can actually turn on a battle order indicator in the menu mid-fight.

Just tap on the cog icon on the top left and scroll all the way down to find the toggle. When turned on, an indicator on the right side of the screen will appear with three slots denoting each Pokémon’s position on the battlefield. Enemy Pokémon will show up in red, while friendly Pokémon will be blue.

Pokémon Masters is always adding new Sync Pairs, and/or specifically doing a ‘Spotlight’ on a Sync Pair to give you a slightly better chance of pulling them. What you have to understand is that each instance of a Spotlight – or other – store event is treated as a separate entity. So if Blue/Pidgeot and Olivia/Lycanroc both have Spotlights running, you have to make sure you’ve selected the right one from the store menus before making a pull.

It’s not the most exciting of places, but the news section is actually a really good source of information. You’ll be able to see what new challenges and special events are running as well as the current major bugs and what you need to be paying attention to.

For example, if a bug takes a while to fix developer DeNA is more than happy to dish out free gems, and you’ll find out right here if that’s happening. We’ve seen as many as 6k gems being thrown out, which can provide you with a ton of characters.

If you want to play Pokémon Masters for yourself, it is available for download of Google Play and the App Store. Be sure to see our list of the best mobile multiplayer games, and our best mobile RPGs list for more games like it. We also have a Pokémon Masters update guide!