Raiders of the North Sea is the second game in a series of board games, collectively known as the North Sea trilogy. Whilst the first game focuses on building ships and the third one revolves around exploration, the middle game has a more bloodthirsty raiding and pillaging theme. Players take on the role of Viking warriors competing to gain the recognition of their chieftain. Not from building fancy boats or sending postcards from far-off lands but from plundering settlements for gold, iron, and livestock.

Raiders is a worker placement game, which has similar mechanics and complexity to Lords of Waterdeep. Turns are simple; players begin each round with a worker, which they place on any vacant village space. They then carry out the location’s action; a visit to the gatehouse, for example, allows the player to add two extra Viking cards to their hand. Next, the player removes a previously placed worker and also performs this action. Thus, each player will always have a worker in hand that can be brought into play during the following round.

The village houses eight different buildings and there are also three different colours of workers, which may influence the effect of each building. The workers that are coloured black, for instance, will gather more silver when they visit the Silversmith. A Viking can be added to your crew by visiting the barracks and playing a crew card.

(Speaking of cards, we’ve put together a list of our the best mobile card games for your perusal.)

Crew cards will have a military strength, a hire cost, and two special actions. The forager, for example, may have zero military strength, but she only costs one silver to hire and she can provide you with extra provisions when you visit the mill. The avenger is a nasty piece of work; he has a strength of three and when killed or discarded, opponents are forced to lose crew members or silver. There is a nice variety of cards, all of which are strikingly illustrated using the same stunning artwork that featured in the original board game. (Find more of these to play with our list of the best digital board games on mobile.) 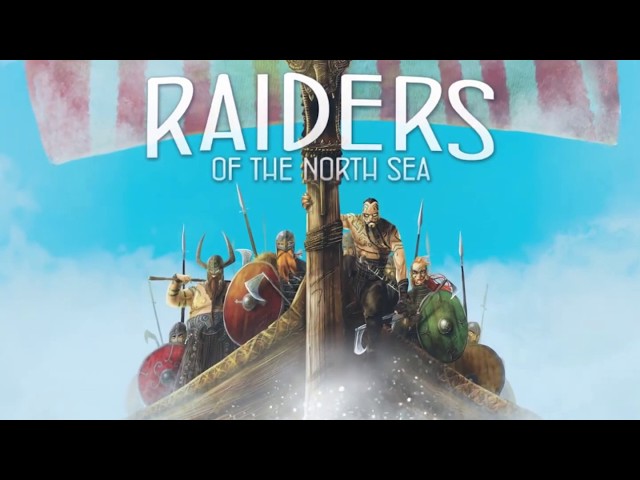 Working in the village is all well and good, but you cannot leave your newly recruited Viking crew just sitting around braiding their beards and admiring each other’s tattoos. Eventually, you will want to scroll the map northwards to see all of those nice juicy settlements that are just waiting to be pillaged. There are four progressively tougher types of settlement: harbours, outposts, monasteries, and fortresses.

To raid a settlement, you must have a large enough crew, adequate provisions, a worker of the required colour, and sometimes you will also need some gold. In addition to plunder, most settlements will also allow players to earn some bonus victory points by overwhelming any opposition. The attacker rolls combat dice and adds the military strength of their crew, and if the total is high enough then extra victory points will be awarded. Players can further enhance their military strength by using plundered iron to craft extra armour at the village armoury.

Raiding isn’t without its risks, and attacking a settlement that contains black Valkyries will result in the death of some of your crewmembers. This isn’t all bad, as an honourable one-way trip to the afterlife is looked upon favourably by the gods, and so presents another way of earning victory points. (It sounds a bit like a strategy game, doesn’t it? If you like these, check out our list of the best mobile strategy games.)

Some unfortunate fellows must have victim tattooed on their foreheads; the gravedigger, for instance, is a useless fighter but does earn gold when he meets his inevitable demise. After a raid, Vikings can use their ill-gotten gains at the village’s Longhouse to fulfil the chieftain’s requests for specific sets of goods. 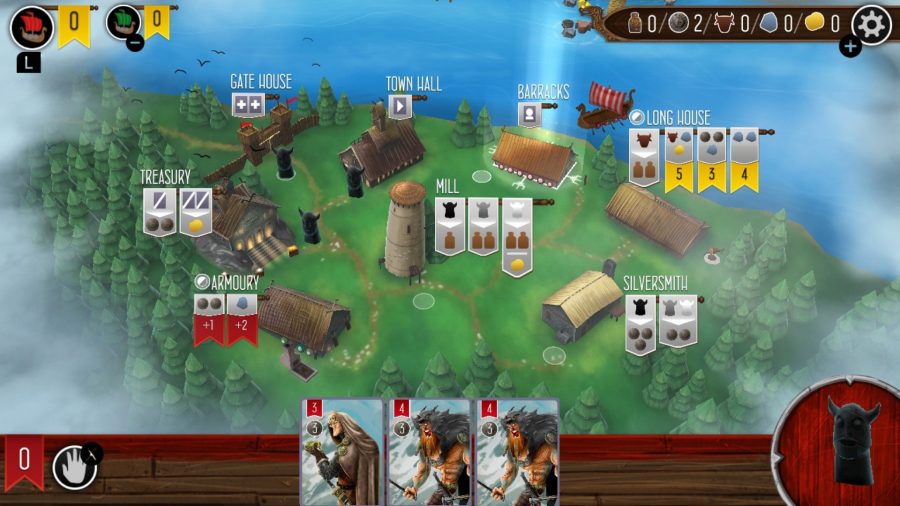 The digital version does a brilliant job of recreating the feel of the board game. The striking artwork has been stylishly reused, and the illustrations of the different Vikings are especially brilliant. They are both imaginative and full of character, with more facial hair on display than at a craft beer festival. This version adds a few extra flourishes of its own, with some neat graphical animations, alongside incidental music and sound effects that are perfectly pitched to create atmosphere without ever becoming annoying.

For me, the biggest disappointment is that at the moment there isn’t a pass and play mode, which means that local games are limited to battles against AI opponents. There is, however, a captivating ten-level solo campaign to work through. It never gets that taxing but does add new Viking cards and twists to the rules for you to contend with.

There are also plenty of well thought out achievements to aim for. Completing these will increase your level; something that has no impact on the actual game but it is a little extra to aim for. Online options include both asynchronous and live games, with the possibility of adding extra AI opponents to make up the numbers.

For such a ruthless theme, the gameplay is rather forgiving. The option to not just place but also to remove workers significantly cuts down on the blocking tactics that play such a large part in many worker placement games. The dice rolling may put some players off, but the range of possible results is small and the gamble is only for a few more victory points rather than outright failure. The multiuse Viking cards also serve to reduce frustration; if a card doesn’t fit in with the rest of your crew then you can always exchange them for an immediate benefit. 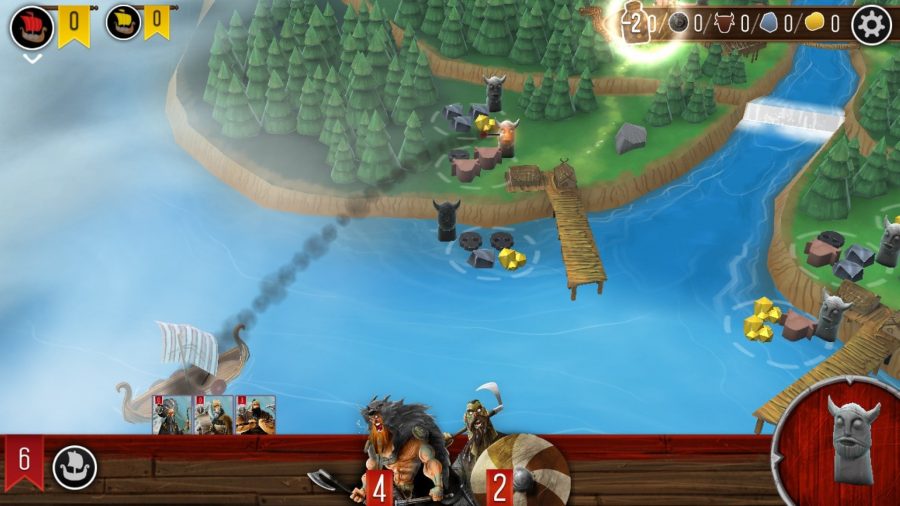 Thankfully, all of this leniency doesn’t make the game any the less exciting or entertaining to play. It slips into a satisfying rhythm of building up your supplies and then raiding. The strict limit on the number of resources that a player can hold prevents stockpiling. The colour of the worker that you pick up may also impact on your raiding plans.

The ever-present risk of death at the hands of a Valkyrie forces some agonising decisions about when it is worth sacrificing a valuable crew member in return for plunder and Valkyrie points. All of these factors mean that whilst many worker placement games can begin to feel a little too linear and repetitive after a few games. Raiders manages to hold the feeling of monotony at bay by always presenting the player with interesting choices.

Raiders of the North Sea review

Smartly designed with some wonderful visuals and enthralling entertainment. Well worth plundering.