What is Randonautica? The mobile app launched early last year and started to grab the headlines of various outlets due to the following it amassed on TikTok. It’s a lot to take in, to put it mildly, as there’s some quantum bobbins to get through, so some explanation is needed – we certainly required some when we first read up on this.

In essence, Randonautica is an app that encourages you to get out and explore your local area. It does this by giving you a randomised set of coordinates and asks you to go out with a purpose in mind. This can be anything big or small, like finding something unexpected or the answer to something that’s been bugging you. Once you return from your trip, you are encouraged to share what you stumbled across on the game’s forum. Some people have stumbled across spooky coincidences, which has helped the app gain traction.

Randonautica has also proven popular due to the Covid-19 lockdown as it allowed people to make more of their one chance a day to get out to exercise. Now that restrictions have lightened, people can use the app a lot more as they can go outside as many times as they please – as long as they’re following social distancing guidelines, of course.

Randonautica explained – Everything you need to know:

Randonautica is a mobile app that uses a quantum random number generator to give you a set of coordinates for your local area. The idea is to encourage you to explore your area with an idea in mind of what you’d like to come across. It could be something simple as seeing something worth taking a photo of, or something more complex like an answer to a question you’ve been pondering.

Once you’ve ventured out, you’re encouraged to share what you’ve found online. Some people post on forums, whereas others choose Reddit. Either way, it’s a way of fostering a community, and loads of people have shared uncanny coincidences.

How to use Randonautica

You can use Randonautica by downloading the app from the iOS or Google Play store. Once that’s done, load it up, and you’ll be required to enable GPS and provide the radius you’d be willing to explore within. You’ll can then select if you would like to visit water spots.

After that, you’ll be asked if you’d like to visit an attractor, void, or anomaly. An attractor is a spot the app deems has the highest concentration of quantum dots, whereas a void is the least. An anomaly is the strongest pick of those two different options.

At this point, think about what you’d like to get out of your trip. Typically, this is advised to follow a certain theme. If you have an artistic block, for example, you could go with creativity.

Finally, hit ANU, so Randonautica gives you a location to go and explore.

What is a Randonautica attractor?

A Randonautica attractor is an area where quantum-points are highly concentrated. What that means is that the Randonautica app would deem such an area highly significant. 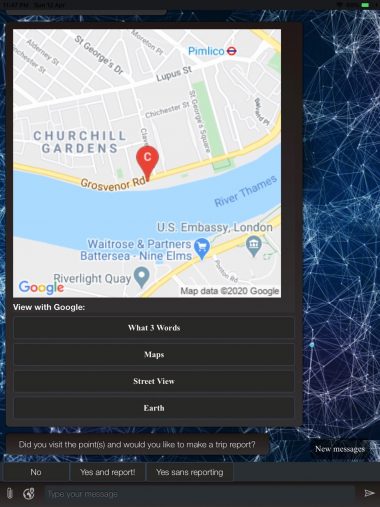 Randonautica might not be working as the game is still in beta on iOS and Android, which means the developer is still working out the kinks. An influx of new users has also done little to help this. In a Reddit post from May, the Randonautica developer explained that the servers might not be stable in moments where a lot of people are using the app.

If you find that Randonuatica is not working, we suggest the usual fixes: restart the app, switch your phone on and off, or reinstall the app. If none of these work, you may just have to sit tight until Randonautica issues a fix for, er, Randonautica.

What is a Randonautica void?

A Randonautica void is the opposite of a Randonautica attractor, which means that it’s an area where quantum-points are sparse. This isn’t a bad thing, however. If a location is particularly void of quantum points, it has a better chance of being relevant towards your intention, seemingly.

What is a Randonautica anomaly?

A Randonautica anomaly is a name given to describe either a void or an attractor. Fully known as an ‘Intention Driven Anomaly’, it refers to a found pattern in quantum number dates. In layman’s terms, it’s an area that’s believed to have been influenced by human thought.

What is a Randonautica ANU?

Randonautica ANU refers to the Australian National University which plays host to the quantum random number generator that provides Randonautica with the data it uses. 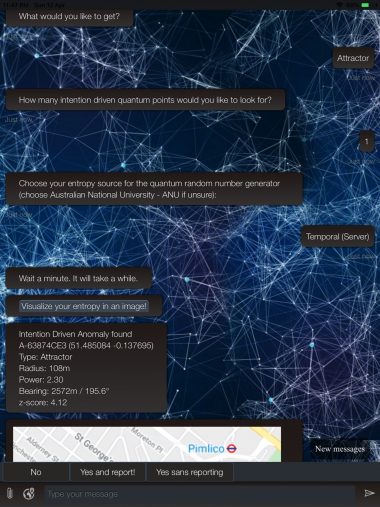 Randonauting is exploring while using a random number generator to determine where you’re going. As the Randonautica app provides those coordinates for you, it has proven to be quite popular.

What is a Randonaut?

A Randonaut is someone who uses a random number generator to pick a destination to explore. It’s not an exclusive term, and you don’t need to be an expert in the field to be one. Simply using the Randonautica app to go out and explore is enough, we reckon.

Randonautica does have a Reddit, and you can find it here. The app’s developer encourages people to share their Randonautica stories online, and Reddit proves to be one of the most popular spaces to do so alongside Tik Tok.

Randonautica is as safe as any other application that asks for your GPS data, but there are some common-sense tips to keep in mind:

And there you have it! If you’re looking for more recommendations like Randonautica, see our list of the best location based games on mobile. Good luck out there!