Anime is everywhere in Roblox. On any given day, you can look at the popular or top-rated game menus, and you’ll find that almost half of them, if not more, are made up of anime-inspired titles. These experiences range from subtle nods, to full-on copyright-lawyer-bating brazen recreations of popular series such as One Piece, Dragonball, and Demon Slayer. The big question is obvious – why, and how, has this become such common practice?

For a start, anime is more popular than it has ever been. Even with Marvel becoming the media monolith it has in the last decade or so, few genres or styles have gained as much momentum in recent times. This is, in part, thanks to streaming sites like Netflix, having drip-fed Western audiences with approachable anime, Crunchyroll having rolled out and monopolised the anime exclusive streaming service, and publishing houses like Shonen Jump expanding into European and American markets.

The answer to why there are so many Roblox anime games is clear then, because anime is incredibly popular, and, within most anime, there are realms of lore, character backstory, and other crucial world-building elements that usually a developer would have to dream up themselves. Instead, it’s easier to borrow an IP, and rely on that to bring people through the door, with the hope that the gameplay can keep them around long enough to spend some Robux.

The more pertinent issue goes back to how Roblox developers get away with the use of copyright material without facing any resistance from either Roblox itself, or in a lot of cases, the copyright owners. Roblox does have a very clear policy in relation to using third-party content, and according to its site, it employs the DMCA (Digital Media Copyright Act) to strike any game that breaks protocol. However, it doesn’t seem like this is something that Roblox is doing without the initiation of the copyright holder. 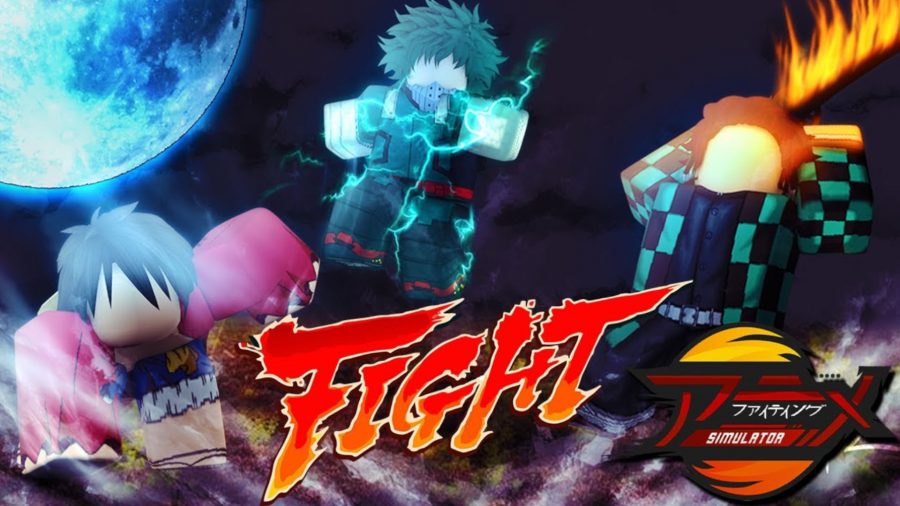 So, we need to look closer at who is making these games, and how they’re flagrantly borrowing from multimillion-dollar franchises without a care in the world. The answer to the latter is as surprising as it is succinct; they’re doing it because they can. To prove it, we’ll take a case study comparing the rip-roaringly popular Blox Fruits with the now-defunct Shinobi Life 2.

Blox Fruits is one of the most popular games on Roblox, as of writing. Like Shinobi Life 2, you have to look a little further than the name to find the influence of the original material, but not too far. The ship-wheel design of the O from the Blox Fruits logo is deviously similar to that of the One Piece logo, to an extent where anyone unfamiliar with either would probably struggle to discern a real difference.

With nearly three whole years on the Roblox platform and still going strong, it’s clear that the dev team behind Blox Fruits is paying close attention to the way they create content for its game. The winning formula seems to be in that much of the series terminology from One Piece, such as “Pirate King” or “Devil Fruit”, can hardly be patented, which is a good thing, or we’d have never had anything in the pirate genre since Treasure Island. 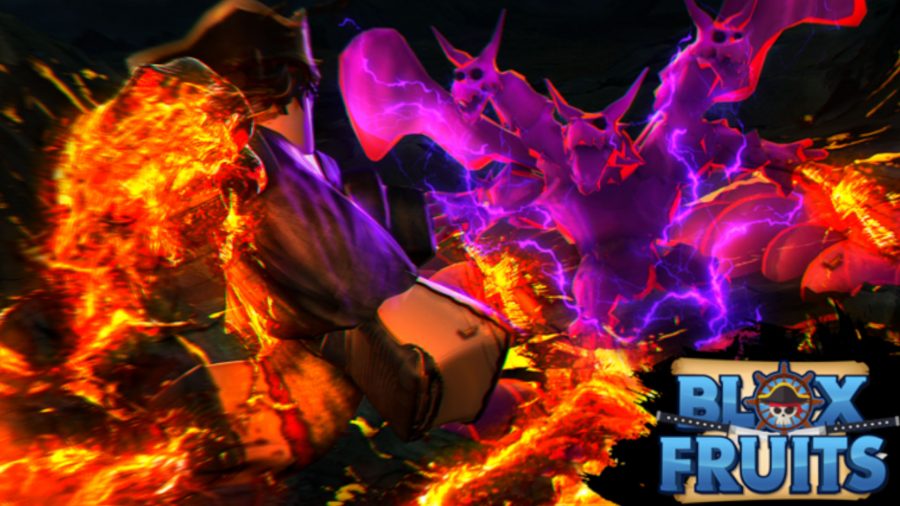 However, it’s still pretty obvious that Blox Fruits is entirely reliant on the lore and context of One Piece. With the power of a pre-established franchise pushing their game forward, all the dev team need to do is keep borrowing bits and pieces from a series with over 1,500 episodes, without using anything that might land them on the wrong side of a cease and desist. The reward for doing so? A hearty share of the Robux spent in their game.

Shinobi Life 2 was also, at one point, one of the most popular titles on the platform, with a regular cast of over 100,000 concurrent users. If you’re being generous, you could describe Shinobi Life 2 as a love letter to the Naruto series, but if you’re being realistic, you’d probably call it a cash-in. 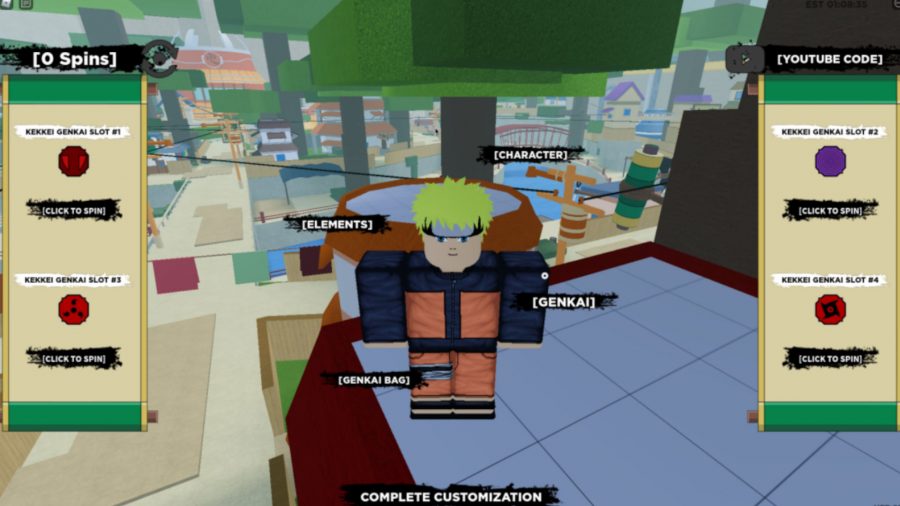 Naruto, another one of “the big three” anime series out of Japan to take Western markets by storm in the early 2000s, is an IP that shifts units and has staying power. It’s one of the many anime staple brands that you can slap on anything from hoodies to water bottles, and you can bet they’ll sell like hotcakes. So naturally, Shinobi Life 2 was a hit, but this time, the copyright owners were paying attention.

Despite being titled Shinobi Life 2, the game was filed under the group name Naruto RPG, which gave Viz Media, the owners of Naruto’s English publishing rights, enough licence to serve Roblox with a cease and desist. Roblox, not wanting to get into any legal trouble, obliged, and both the Naruto RPG group and Shinobi Life 2 went down in quick time.

It’s at this point, when the game goes down, that the reason I’m writing this article in the first place rears its ugly head. Roblox still gets its cut. The IP owner gets their way, usually without any legal ramifications against the developer, providing they don’t fight the takedown, and said developer keeps anything earned through development. The player, however, is left unable to log in to a game they have poured many hours into, and likely, many dollars. 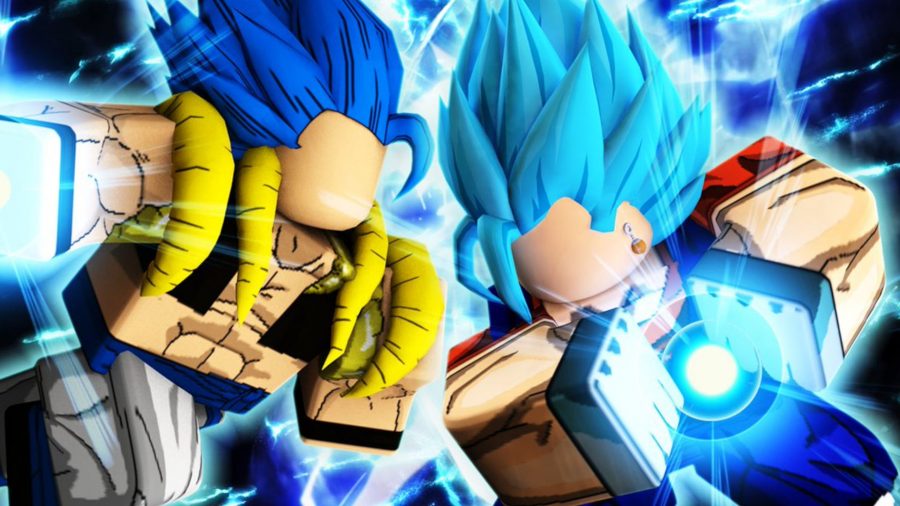 This makes a game like Blox Fruits seem less like it’s walking a fine line and more like a ticking time bomb. A game that has had three years of content, with some players on board from day one, could seemingly disappear overnight on the whim of a copyright owner, and realistically, they’d be well within their right to do so.

Now, I don’t know whether IP owners are sitting in their offices, watching Roblox updates and waiting for one piece, no pun intended, of evidence that would suffice to begin the process of takedown orders and the like, but I would imagine that there’s something to that effect. Still, somehow multiple titles escape the net.

It should be said that Shinobi Life 2 did return in the form of Shindo Life 2, with all the necessary adjustments to appease Roblox and the copyright owners, but it didn’t return to the heights it once occupied. Instead, players moved on to the next anime game, having lost everything from the title they’d signed up for.

These are pale imitations, a trip through the uncanny valley with almost lookalikes

So, you see, there’s a problem at the heart of Roblox’s laissez-faire attitude towards copyright material, and isn’t it a surprise that the price of the problem, once again, falls on the player-slash-consumer, rather than the multi-billion dollar conglomerate. The problem is doubled when, without getting all Helen Lovejoy about things, it’s predominantly children that make up Roblox’s core demographic. 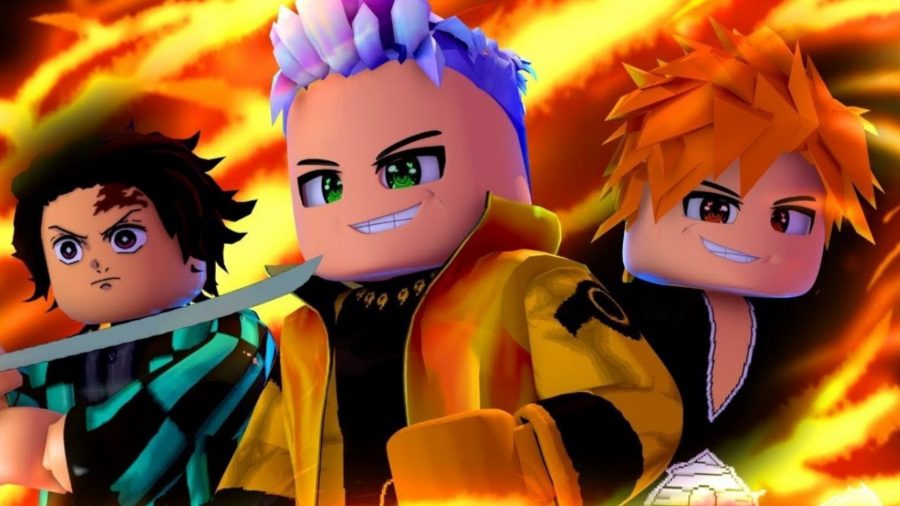 Individual Roblox creators, and a lot of their followers, justify anime Roblox knock-offs by suggesting that a lot of their favourite IPs suffer from a lack of ported titles in the West. However, that excuse is becoming flimsier by the year, with Naruto, Dragonball, and One Piece all having various titles across multiple consoles.

There’s something in the fact that these games are often limited to a genre. For instance, both My Hero Academia games on console are pure fighters, but it does douse the opinion that there’s nothing for gaming anime fans outside of Japan. Even if this reasoning had any legs, with Roblox gameplay essentially being a genre in itself, you’d only really need one Roblox game per IP, and I can tell you now that there are more games devoted to just Demon Slayer than you can count with both hands.

The best analogy I can come up with is that anime Roblox games are something like the knock-off Dragonball figurines I collected during my two-week stay in Salou, in 2004. These are pale imitations, a trip through the uncanny valley with almost lookalikes and easily broken expendable features. There’s no thought here, there’s simply a gap in the market filled with poorly spelt words, and familiar faces warped by the necessity to escape the ire of copyright lawyers for as long as humanely possible. This is not what you signed up for. 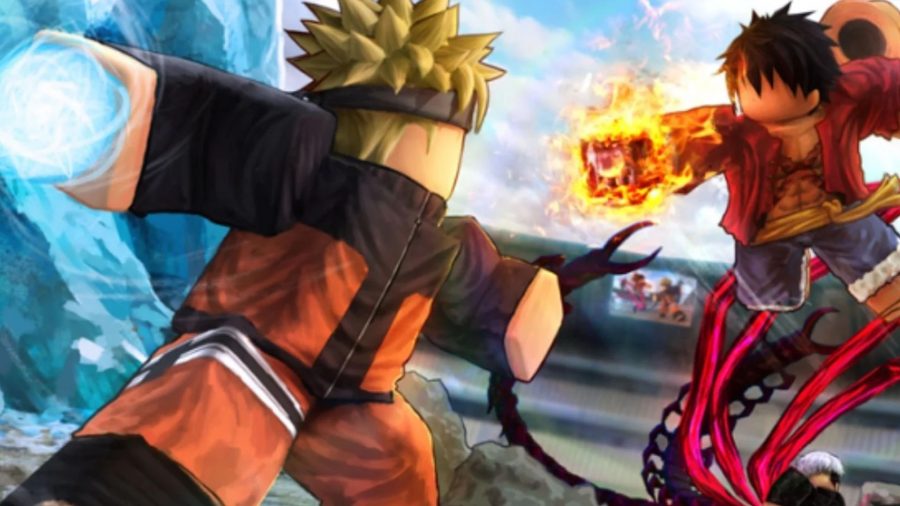 So, back to the big question. Why is Roblox so obsessed with anime? Because it makes money. Why do developers continue to make brazen anime rip-offs? Because they can. Is anything going to change? It’s hard to tell.

Since Shinobi Life 2, there have been few high profile cases of disappearing Roblox games, with developers seemingly more savvy when it comes to creating their inspired titles. However, it’s also clear that these games exist perpetually on thin ice, and that they create a potential consumer rights issue that could be easily missed due to the demographic engaging with Roblox.

The future of Roblox anime games, then, is hard to picture. Don’t forget, with all the Robux spent in these anime titles, Roblox takes a significant cut, and the choice between losing a lucrative group of games, or just hoping that none of the people in high places notices the latest “Demon Slayin’ Simulator”, is one that I don’t imagine the company find all too difficult.

For now, anime Roblox games reign supreme, and all the consumer advice in the world won’t stop kids from dumping Robux into their preferred title until their mum notices the credit card bill. Still, there’s no doubting, that when it comes to Roblox, the collection of anime games is a house of cards, built from someone else’s deck, and could come falling down with even just the slightest breeze from the East.