So, has Ruined King lived up to expectations? Is it a game that LoL fans everywhere can enjoy? Well, as far as I’m concerned, it is. Honestly, I’ve been having a blast with this new game. The wait was long, the release unexpected, and the results fantastic. Allow my Ruined King: A League of Legends Story Switch review to explain why.

Let me get the obvious draw to this game out of the way. League of Legends features many champions, more than 140 these days, and everybody has varying favourites. Ruined King’s narrative involves a handful of them, and it’s up to you to bring them together and fight back the re-emerging threat of the black mist. Given, each player has preferences as to who their favourite character might be, it’s fair to say that not everyone gets to play as their champion of choice

However, the casting choice is fantastic, especially given the story Ruined King follows. Each champion has their place in the story, and not once did I find myself questioning the choice in champions for this League of Legends story. 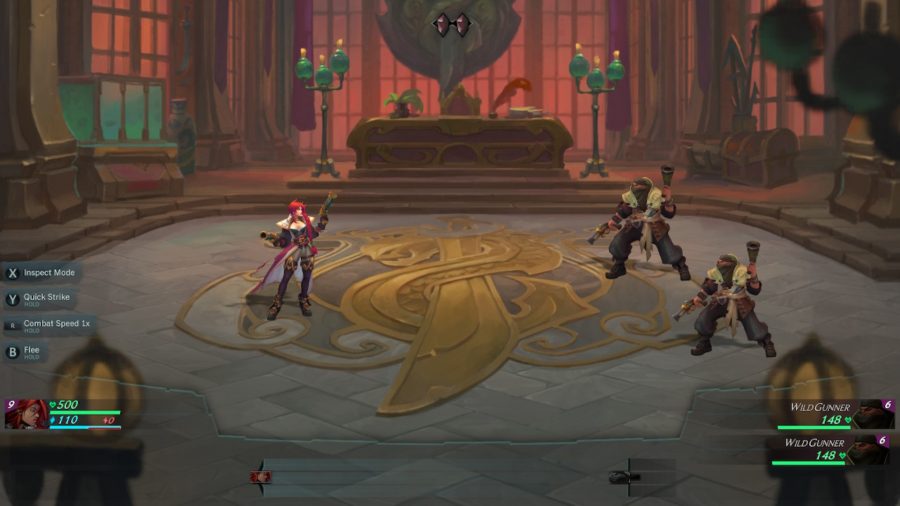 The game begins with you taking the reins as Sarah Fortune, or Miss Fortune, as many of you like to call her. She has taken over as the ruler of Bilgewater, having laid waste to Gangplank, the man responsible for her mother’s death. However, not everything is smooth sailing. Soon enough, the black mist enters her estate, attacking the champion and her men. Knowing she cannot face such adversity alone, she has little choice but to call upon Illoai. The second protagonist of Ruined King is the Truth Seeker from Buhru, who has a sworn duty to fight the black mist.

Up next, we have Braum. He hails from Freljord and is searching for a cure for a sickness plaguing his homeland. His journey brings him to Bilgewater, and soon enough, he too comes face to face with the black mist. However, he survives the unexpected encounter, finding his way to Illaoi. As for the other champions found within Ruined King, Yasuo, Ahri, and Pyke also join your party.

Oh, and while you may only control those six, other recognisable characters appear, be it as a cameo or an actual enemy – I’ve already mentioned Gangplank, but Thresh, Yone, Virgo, Hecarim, and Maokai show up too. Furthermore, while you may not see the following characters, they do get a mention during the story – Senna, Riven, Lucian, Gwen, Ashe, and many more. 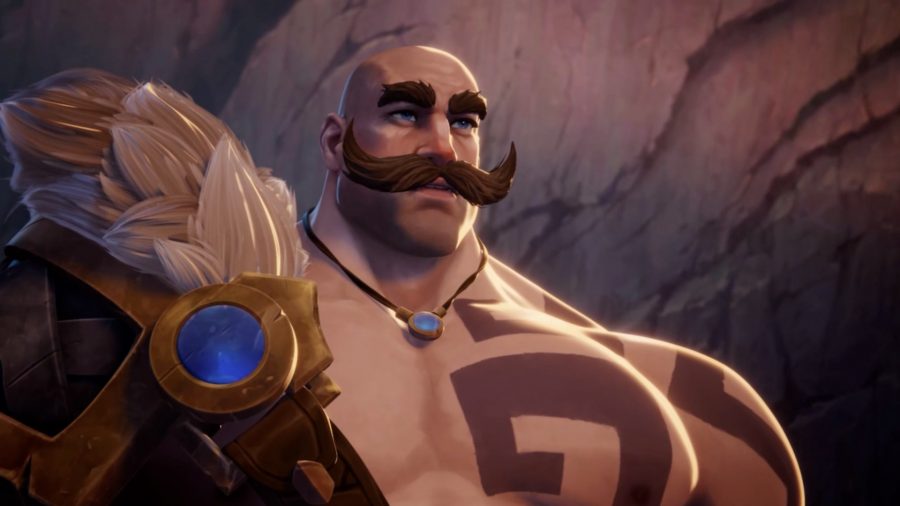 It should be clear from the aforementioned champions, that there’s a nice range to the types of characters you have at your disposal. For example, Braum is a tank, and a formidable defender, whereas Illaoii has impressive healing capabilities, allowing her to keep her allies in the fight for longer.

When it comes to combat, I have no complaints. It feels amazing, and the turn-based action works beautifully. I often find turn-based combat to be hit and miss. Sometimes it gels with me, and other times it leaves me waving the white flag of surrender as I run into the arms of free-form combat – sometimes, it doesn’t even matter where I find it. I just need to feel like everything is okay again. Yet, the design in Ruined King is simple to follow and flows well, though it can take a few encounters to fully come to grips with the mechanics.

There are various factors to consider when entering combat. First and foremost, what sort of champion you’re fighting with. When you have multiple characters in your party, it’s vital to consider their roles when approaching a fight. Of course, each champion has varying abilities at their disposal, more of which become available as they level up. Furthermore, you have instant powers and lane abilities. The former is free to use, while the latter relies on mana, though they’re more deadly and can turn the tide of battle. 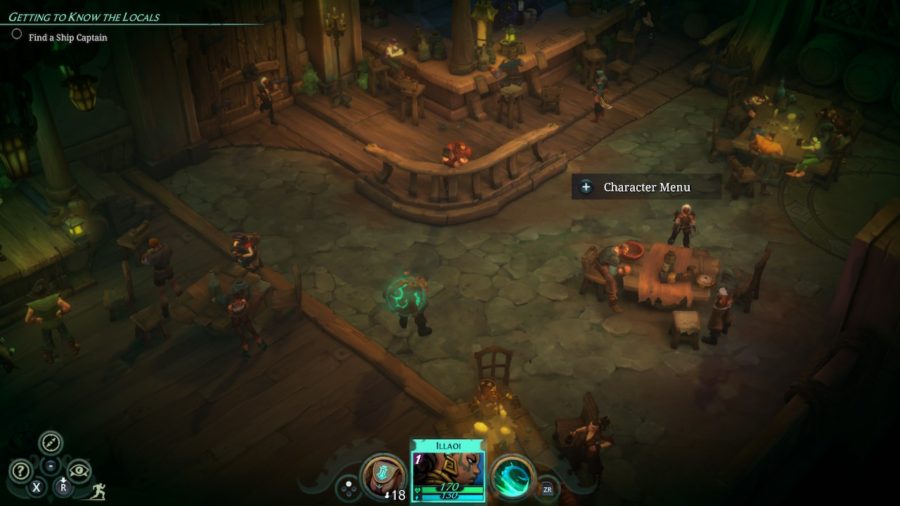 On top of that, there are hazards to consider. On occasion, you may have to avoid things, such as poison, and that’s where the slow and fast lanes come into play. When you take your turn, you can choose to play down the middle, meaning your go moves at a normal pace and features average ability effectiveness. Or, you can enter the fast lane to take your turn quicker, which slightly depletes the damage of your actions, but can keep you out of harm’s way. Then, the slow lane causes you to take longer, which increases the potency of your skills, while also offering the chance to avoid hazards. It’s also worth weighing up the pros and cons of these options in standard combat.

Each champion comes equipped with an arsenal of items and weapons, all of which you can improve upon, increasing your chances of securing victory. You can buy new equipment from merchants found in the world, so keep your eyes peeled and spend that hard-earned coin. Personally, I’m a fan of Miss Fortune and her twin pistols. In a typical League of Legends match, she fills the role of marksman. Not a position I tend to go for, but Sarah Fortune is proving fun to play as in Ruined King.

Along with one of the best turn-based combat systems I’ve experienced for some time, is a great narrative that any League of Legends fan can appreciate. Ruined King is as good a starting point as any if you’re new to the franchise. Seriously, if your first experience of LoL is the Netflix show, Arcane, perhaps you would enjoy Ruined King. It features new lore for you to learn and different champions.

As I’ve already mentioned, the game heavily revolves around the black mist, with our champions fearing another harrowing to be on the horizon. While each individual has their own motivations for this adventure, they must work together, and trust me when I say it’s interesting to unfold. Speaking of the story, if that’s all you’re interested in, preferring to avoid strategic turn-based combat, that’s an option here. Should you play on easy difficulty, you can choose to skip fight sequences, allowing you to focus solely on exploration and the story. Turn-based games aren’t for everyone, so this is a feature that I appreciate. 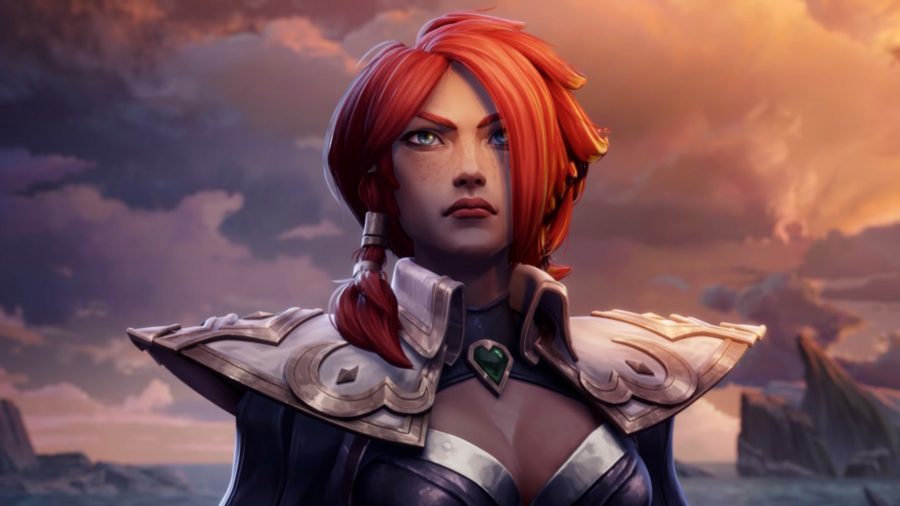 Moving on to how the game actually performs on Switch. Well, I can’t fault it! That’s right, during my playtime, I experienced no frame rate drops, the graphics are gorgeous, and it features an art style that I love. Honestly, Ruined King plays so well on Switch that I see no need to pick it up on another platform. I can play the game perfectly at home or on the go. What’s not to love?

All in all, I’d say this is a must-play for any League of Legends fan, yet it’s also a good starting point for unfamiliar players, offering a solid narrative that introduces a good amount of lore. In addition, Ruined King features a strong yet optional combat system that provides everything a LoL player could want from turn-based fights.

A fun-filled adventure that not only features one of the best turn-based combat systems I've experienced for some time, but also a narrative that old and new fans alike can appreciate.