We can’t count the number of times we’ve seen a series leap from console and PC to mobile, providing a (well, an often watered down) version of the real thing. With that in mind, Seven Knights: Time Wanderer had us intrigued from the off as it reverses that trend, with a big mobile series getting a premium console spin-off.

As a brief history lesson, Seven Knights is a five year old gacha RPG by Netmarble, which sees you collect over 100 heroes, create a powerful battle party out of them, and send them into combat in a variety of different modes to increase their power. Much like in many of the best gacha games, story takes a backseat in exchange for hardcore grinding.

Yet Seven Knights: Time Wanderer, rather bravely, flips the script on all of that. It’s premium, focuses on telling a story, and trims the list of collectible characters down to an achievable 15. The grind is also kept to a minimum, with only a need to do so to progress the story rather than compete with whales in PvP.

Well, it’s an awkward fit at best, which is primarily due to the challenge of adapting a mobile experience for the Switch. While what is here might well be an impressive experience on a teeny mobile screen, its warts are clear to see when blown up to a massive TV.

But here’s how it works: you play as Vanessa, a young mage who happens upon a sentient hourglass that accidentally transports her into another dimension, where she takes on her adult form. To get back home she needs to collect a bunch of crystals with the help of allies she picks up along the way. 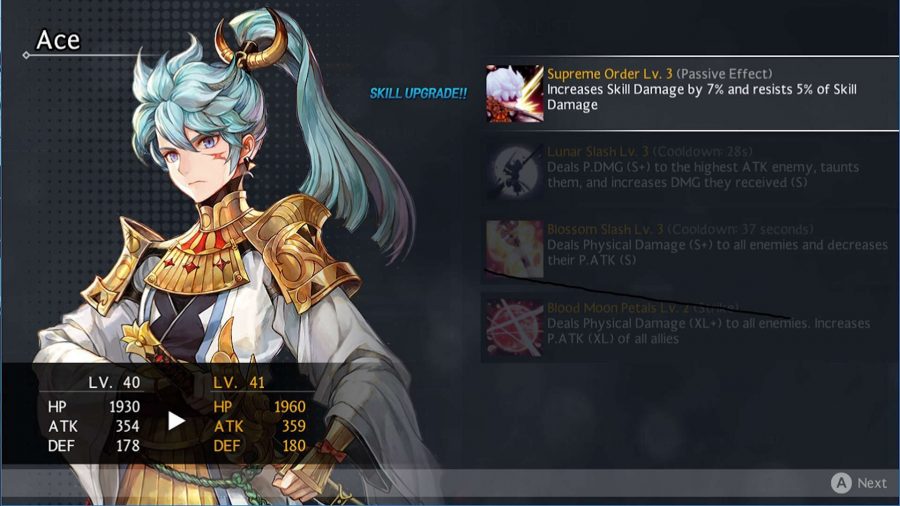 These allies have their own personal troubles, of course, which makes up the bulk of the plot. The story is pretty standard and uninspiring fare though, and you’ll likely nod off during the myriad cutscenes. That’s not particularly surprising for a JRPG in 2020 though.

It’s also not the biggest disappointment where Time Wanderer is concerned: that’s in the gameplay, or lack thereof. You control your 3D avatar and explore a map, which is made up of sparkly light pathways that you can follow; think of it like hopping between tiles in a boardgame, except the board is designed in a strangely intricate manner.

Each time you hop between a ’tile’, you may encounter an enemy, which triggers a combat encounter (more on that in a bit), a side quest, some treasure, or, well, nothing. The goal is to progress around the board until you reach the next goal, which fires off a cutscene that progresses the plot, while also picking up all of the extras along the way. 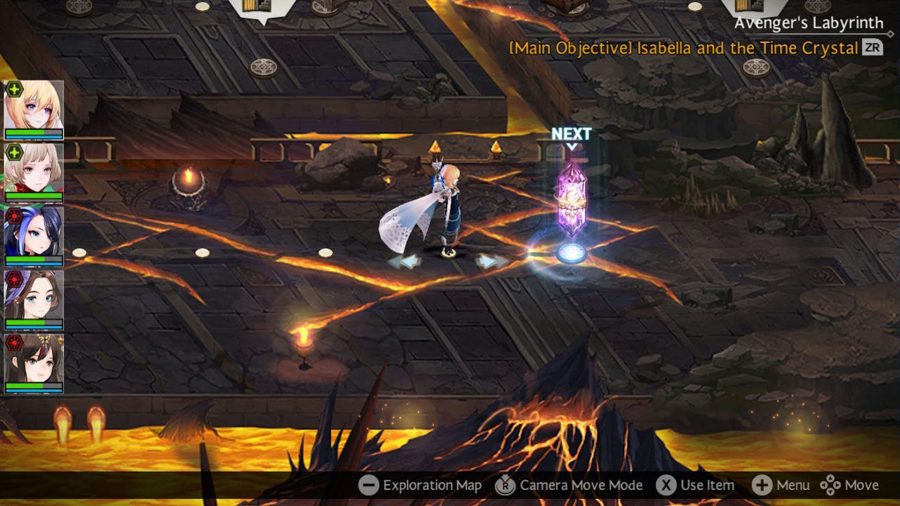 I’m guessing that doesn’t sound like the very peak of fun, and it really isn’t. It’s a servicable replacement for actual exploration at best, and one that you’d expect to find on mobile, where budgets and platform limitations are in play. But, as we suggested earlier, it just doesn’t hold up when blown up on the big screen.

While we admire the effort to bring a mobile-first series to console, Time Wanderer is simply not going to convert Switch gamers into mobile ones

So, can combat save the day? Well, it’s certainly the strongest feature in Time Wanderer. It plays very similarly to the active turn-based combat of Chrono Trigger, with some exceptions. You take it in turns with your enemy to dish out attacks, cast spells, and heal up, except you only have a limited amount of time to trigger an attack. Take too long, and you open up your enemy to attack multiple times.

Each ’round’ allows you to use the specific skill of one of your allies. So, rather than your allies and enemies taking turns to attack each other, it’s an overall turn for each team. Feasibly, you could win a battle with only one of your allies involved in the fight. Each character is different, with some specialising in dealing single target damage, others in healing and buffing, and others in AoE. 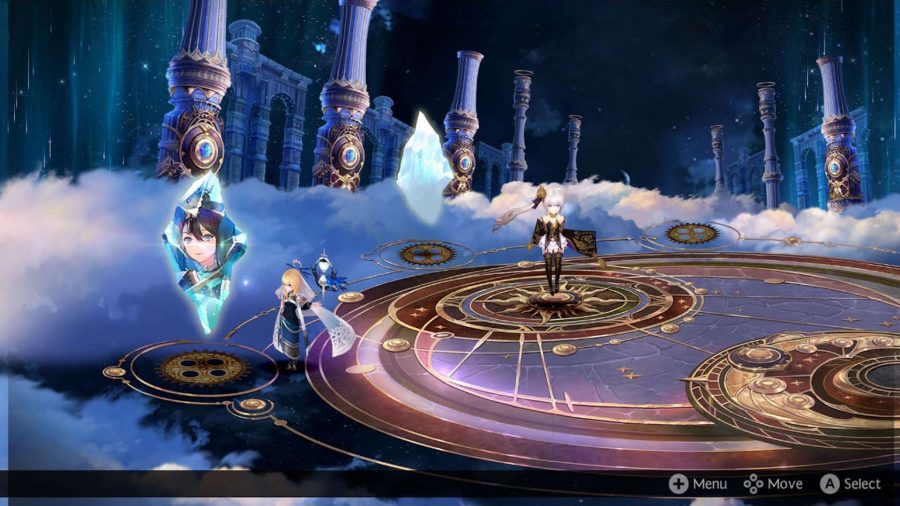 Heroes also have a specific elemental alignment that has a strength and weakness. Use an element strong against another and you’ll deal extra damage and stun them. Stun the entire enemy team and you’ll open up the opportunity for a follow-up attack. As you use attacks you’ll also build up an ultimate ability that you can unleash against your foes, or give your allies a huge buff.

All being said, it’s a pretty simple system that doesn’t leave a lot of room for variety. Given the limitations of the elemental weaknesses, you end up just using the same skills over and over again. AoE elemental strength to stun, follow-up attack, rinse, and repeat until everything is dead.

Given that each hero only has three abilities, one of which is the ultimate, there’s not an awful lot of excitement to unlocking a new one, either. Particularly as some heroes are just much better than others (read: anyone with an AoE attack). 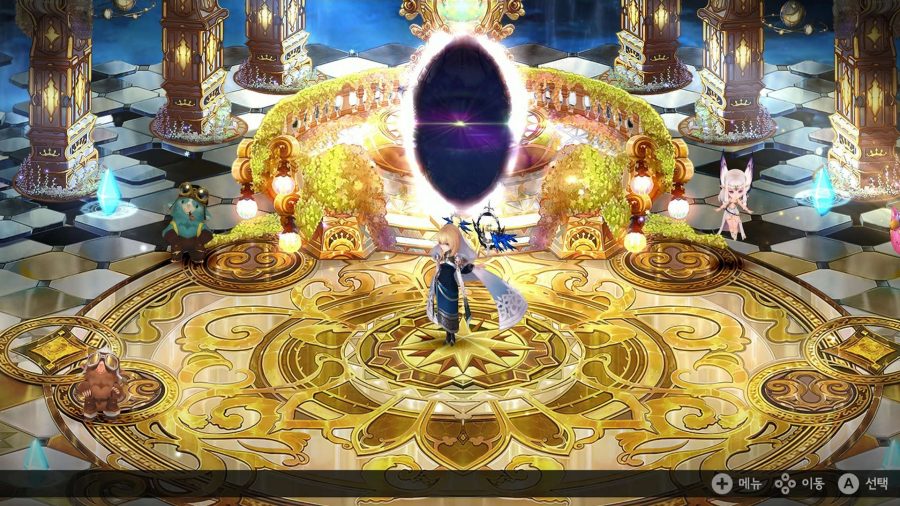 However, the pace of combat does keep things relatively exciting, and I found myself happy to enter into combat whenever it came about. I do have to admit that I kind of wished for auto-battles so I could speed through some of the easier fights.

Lastly, we want to comment on the technical attributes of Time Wanderer. Despite having the visuals of a low budget mobile RPG, Time Wanderer doesn’t run particularly well. It’s by no means unplayable, but there’s a choppiness to it all that’s just a little surprising given the lack of on-screen action. It feels much like it looks: that it’s just not the right fit for this platform. 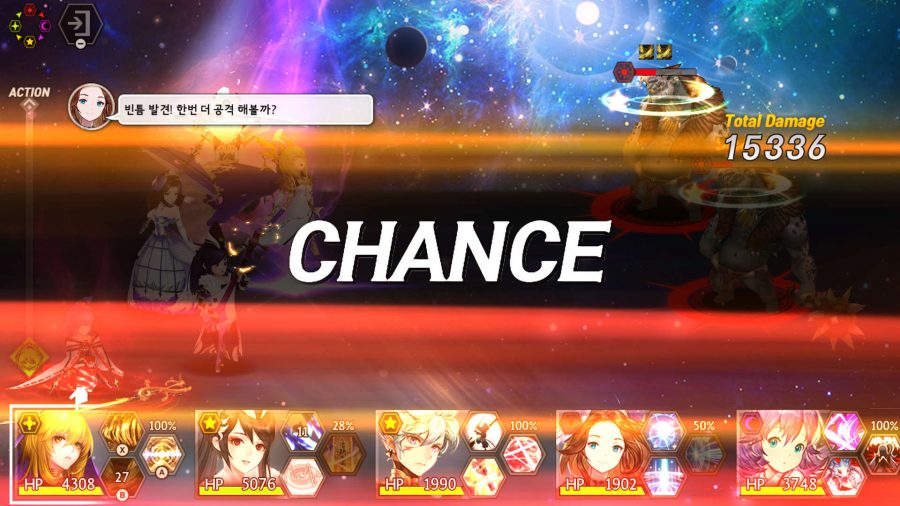 Ultimately, that’s how we feel about Seven Knights: Time Wanderer. While we admire the effort to bring a mobile-first series to console, Time Wanderer is simply not going to convert Switch gamers into mobile ones. It looks and plays like a low budget mobile RPG, yet it costs as much as a big budget Switch JRPG. Ironically, it would have been an interesting fit on mobile, where there’s a real lack of premium gacha games, but it’s just not right for the Switch.

Seven Knights foray into Switch territory has resulted in a JRPG that just doesn't fit well on the big screen, with technical and mechanical limitations marring a surprisingly fun, if basic, combat system