It’s hard to sum up Sky: Children of the Light as one thing in particular. Looking at the promotional material related to the game I at first saw an aesthetic and art style that was somewhat reminiscent of other famous indies, like Journey, or Monument Valley. The game also channels similar ideas of light and darkness, purity and corruption, inspired heavily by Studio Ghibli films, and the Shinto-esque ideas they channel. But despite those similarities, Sky somehow manages to rise above all but a few mobile indies, and there are a number of reasons for that.

Flying is a big one. In the game, you essentially play as Cherubim, one of a number of child-like angels, bringing fire and light in the form of a candle, to a dormant, stagnating world. But the way you traverse this world is with your wings, flying through billowing cloud banks, and open skies, throwing yourself from mountain-side perches to dance in the wind.

It’s a mode of travel which feels so suited to mobile, as there’s something very endless runner about it, and it’s certainly as relaxing as, say, Zen Mode in Alto’s Odyssey. If anything, it’s actually better, since there’s less linearity forcing you to move forward.

The touch controls do lack a little precision at times, but Sky, with its lazy, gentle flight, isn’t a game that feels like it has much use for precision. Flight in the game is mainly dependent on light, a resource that allows you to take off and boost. You can upgrade this meter as the game goes on, and fill it by standing near fire, gathering light mid-stream, or banking off clouds during flight.

I customised my character for $5 (£4) worth of currency, and that’s what I would have happily paid for a premium indie like this on Google Play

I mentioned the idea of purity before, and it’s another one that’s incredibly important to Sky; not just as a game about angels, but as a social game. As you navigate the skies, you’ll come across other players, who you can befriend and interact with using gestures, but there’s something so wholesome and mindful about these encounters. In one of my favourite mechanics, you can *share the load* as Samwise would say, holding hands with another player and letting them guide you through the game, or vice-versa.

Many of the areas require multiple players to solve a puzzle. You know those tutorial sections in MMORPGs where a load of random beginner players have to defeat a big enemy together? Sky is like that, but with puzzles and challenges instead. In one of my favourite levels, which is a little reminiscent of the Himalayas, players must ring a number of prayer bells to summon a giant sky manta, who will help you fly to the next stage. 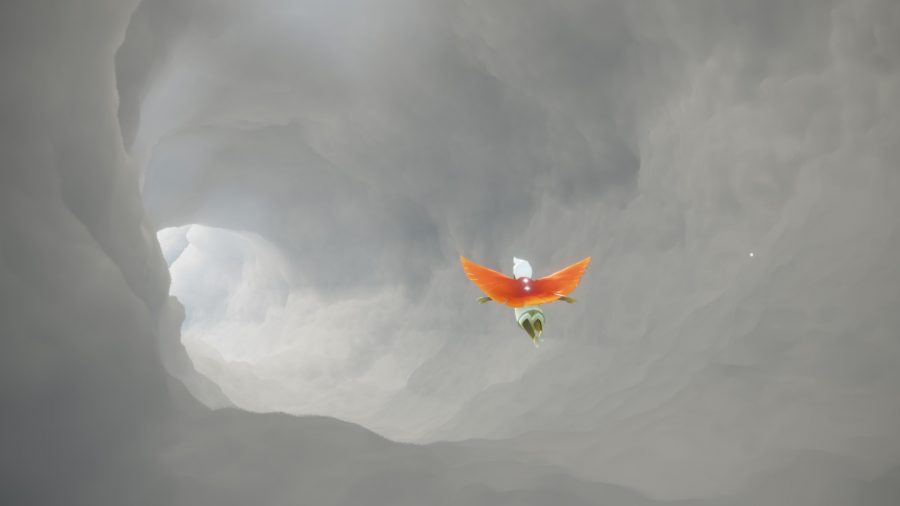 Sky is incredibly good at gently encouraging player interaction. The in-game currencies are a great example of this, as the easiest way to gain one of them, Hearts, isn’t by buying them in a shop, but by gifting them to other players, and having them given in return. They can then be used to unlock new cosmetics and gestures. But once again, the primary way you unlock these isn’t in a shop either, but by discovering spirits as you journey through the world.

Once you retrace a spirit’s steps, you will get a nice little cutscene of their previous life, and you can then use currency to unlock their hair, instrument, clothes, or gesture. Sky is one of the best monetized free-to-play games I’ve seen on mobile. You are literally getting a premium indie game for free, and with no in-your-face monetisation, or repetitive tutorial. Like Destiny, I think it actually makes it a pleasure when you do find some cosmetics you really like and want to pay a little to get them. I customised my character for $5 (£4) worth of currency, and that’s  what I would have happily paid for a premium indie like this on Google Play. 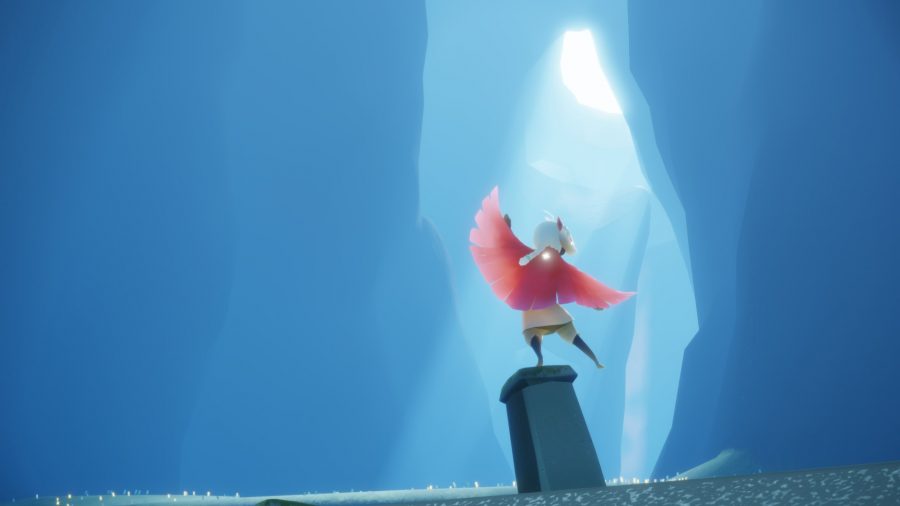 I feel like it would be very easy to overlook Sky because, aesthetically, it’s reminiscent of a number of other indies. But you would be missing out on one of the most brilliant games currently on mobile. Sky: Children of the Light is smart, playful, and relaxing, utilising some of the best ideas in the MMO genre, but avoiding the obnoxious monetisation that exists in a lot of free-to-plays. Its social component and player interaction also continues a trend seen in other indies like Mutazione, Kind Words, and Sayonara Wild Hearts, towards mindfulness, and creating kinder online games.

If you want to get started in Sky yourself, be sure to check out our Sky: Children of the Light guide.

Sky: Children of the Light review

With a touch of endless runner, a dash of MMO, and just a sprinkling of puzzles, Sky: Children of the Light soars to lofty heights.