An entire civilisation wiped out with the tap of a finger. Continents brushed aside with a casual swipe. The hordes of hell unleashed with barely a second’s thought, killing billions while you wait at a bus stop.

Solar Smash is a power fantasy, pure and simple, letting you tap into the destructive side of your inner child by blowing a variety of planets to bits in progressively ridiculous and detailed fashion. This free-to-play simulation game was developed by Paradyme Games, the creators of similar “destruction” games like City Smash and Room Rampage, and has over 10 million downloads on Android devices alone.

If lockdown has been wearing you down and you feel like letting off some steam, this could be the game for you. In that case, we’ve put together this Solar Smash guide to help spark your imagination and let you get the most out of your dangerous toolkit. If you’d like to unwind with some similarly undemanding titles, check out our list of the best mobile idle games.

If you’re keen to wreak some intergalactic havoc, you can do so at the links below:

Where can I watch some Solar Smash gameplay?

Paradyme recently uploaded a video showcasing the planet-destroying potential of their simulator. 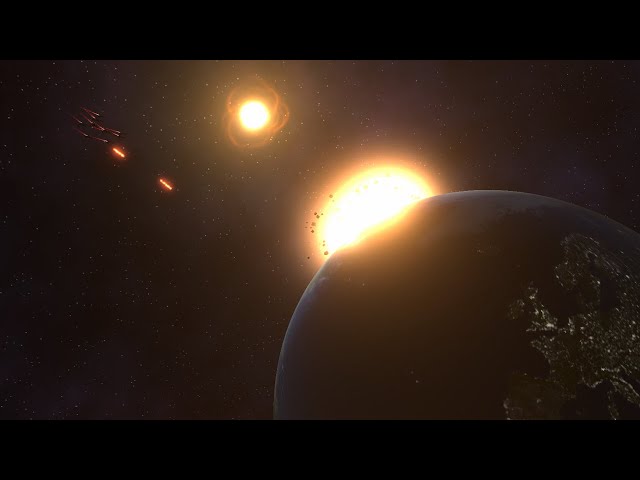 Now that you’ve got Solar Smash, here are a bunch of tips, tricks, and cheats to help get you started.

In this game mode, you can choose between seven pre-set planets to destroy, or customise your own. Your tools are categorised by four different icons on the right hand side of the screen.

Firstly, you have natural phenomena, represented by a spiral pattern. Here, you have access to meteorites, black holes, meteor showers and moons that you can hurl like gigantic bowling balls. Secondly, there’s weaponry, letting you unleash a rocket barrage, fire explosives or guide a devastating laser across planet surfaces. 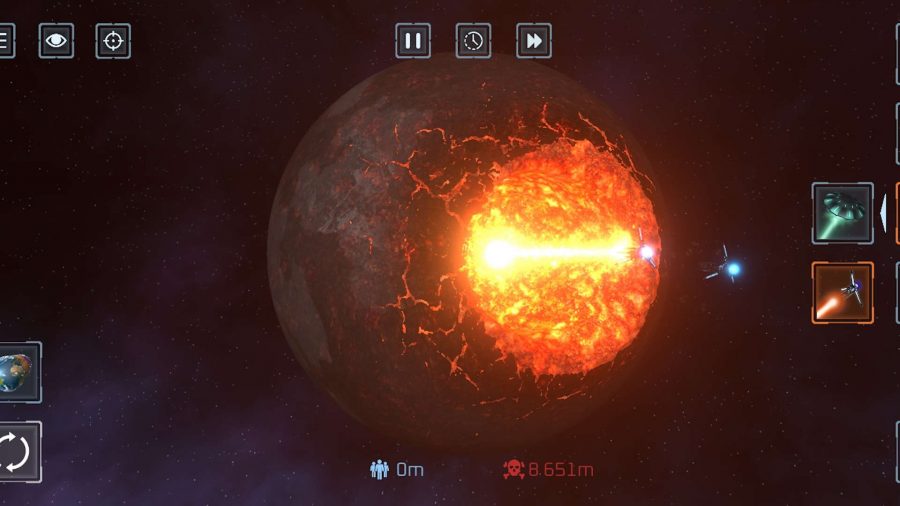 Thirdly, the aircraft icon puts you in command of UFOs, which fly near a planet’s surface and attack, or a dramatic planet-destroying satellite. Finally, you can unleash one of two Lovecraftian monsters – either a writhing mass of tentacles that rips out a planet’s core or an impossibly large space-worm that tunnels beneath the surface of a planet.

You can mix-and-match as many of these tools as you like – it’s perfectly acceptable, for example, to let loose a dozen monsters on one side of Earth whilst you send a fleet of UFOs and a cluster of black holes to the other, although your frame rate might take a hit. However, you can always reset your planet by tapping the rewind icon at the bottom left of the screen, or adjust your graphics settings in the menu to improve performance.

It’s also worth noting that you can control time in this mode, either pausing, slowing down or speeding up the action by tapping the icons at the top of the screen. 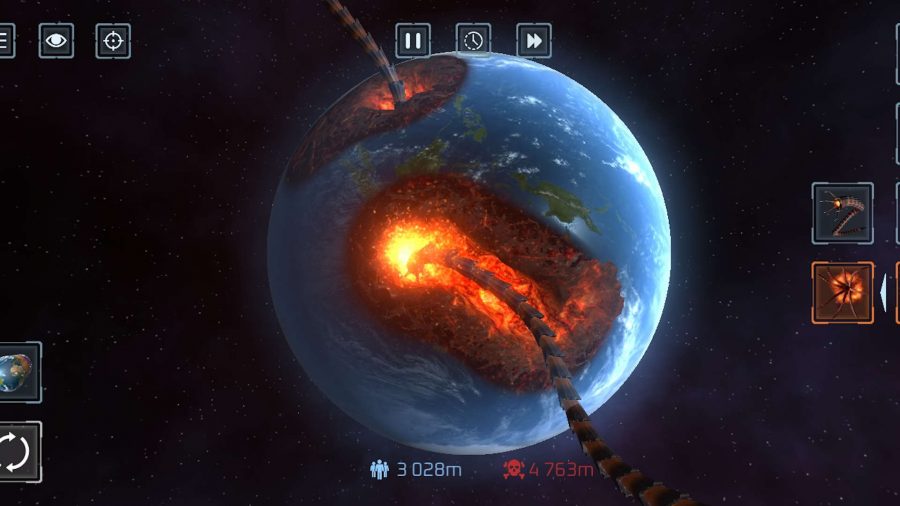 When you select certain weapons like meteorites, rockets or the laser beam, a cog icon will appear in the bottom-right corner of the screen. Here, you can customise your weapon of choice. For example, you can increase the size of your laser beam and change its colour, make meteorites have a larger area of impact or travel faster, or increase the damage radius of missiles. You can even launch up to 100 missiles at once and watch the kill counter, represented by a red skull icon at the bottom of the screen, skyrocket. You monster.

Planetary customisation is fairly limited, letting you adjust your planet’s colour scheme, decide how much of its surface area is water or land and adjust its brightness.

In this game mode, you can effectively wipe out the solar system. The default setting, indicated by a blue icon in the top right, lets you move the sun and planets like marbles. You simply tap on your desired celestial body, drag your finger in the direction you want it to go and release, sending planets on collision courses with each other or the sun. 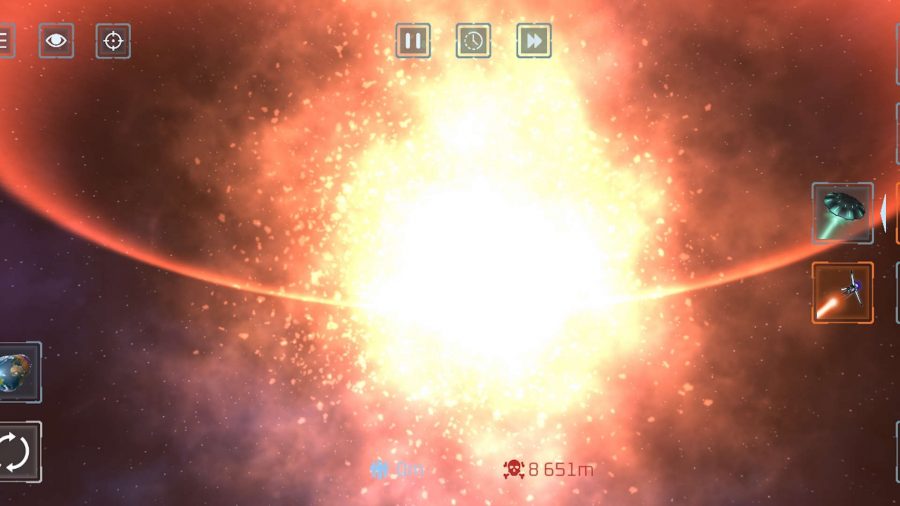 By tapping the icon on the upper right, you enter the orbital mode, indicated by an orange hue. When you tap on a planet in this mode, you see a line representing its orbital pattern. You can shift these patterns by dragging and releasing your finger to engineer interplanetary collisions, although keep in mind that altering the sun’s orbit has a huge impact on other planets in the system. As in planet smash, you can reset your progress with the rewind icon.

Thanks so much for reading this guide, hope you’ve enjoyed it!