Sometimes gaming is too much effort, but when that happens, there’s an important question to ask: how are you going to game? This is where the best mobile idle games come in. It says something about us game lovers that we’ve invented a game to play, even when we are too tired, or busy, to game. Want to gain levels, but can’t be bothered with the grind? Idle game! Want to explore a dungeon, but are tired of the difficulty? Idle game! Want to feel like you’re doing something, when you’re actually doing nothing? Idle. Game.

So that’s why we decided to create a list of the best mobile idle games, because people love having a game running in the background while they’re doing something else, like listening to music, or even playing an entirely different game. Idles are also surprisingly addictive, giving you a great deal of progress for minimal effort.

If you love all things list, we also recommend taking a look at our best iOS games and best Android games lists.

Now, here’s a list of the best mobile idle games, so that even when you don’t want to game, there’s something for you to play! 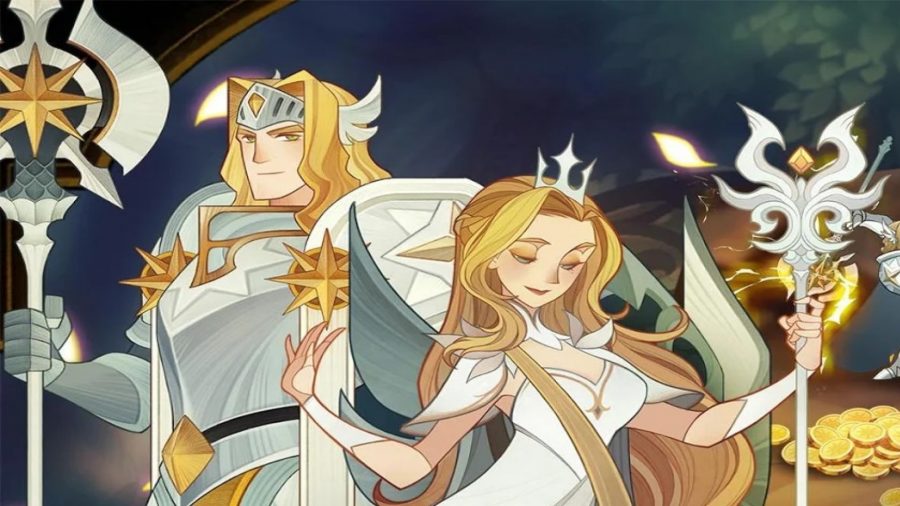 Do you want to build a powerful party of fantasy heroes by barely lifting a finger? Well then, AFK Arena might just be for you. This idle RPG focuses around fast progression and lots of loot, as your heroes continue to fight even when you’re not playing the game. It’s a great formula which leaves you to focus on the important things, like acquiring new party members, and kitting out your adventurers with fancy gear. If you want some free stuff to help you get started, be sure to see our AFK Arena codes list. 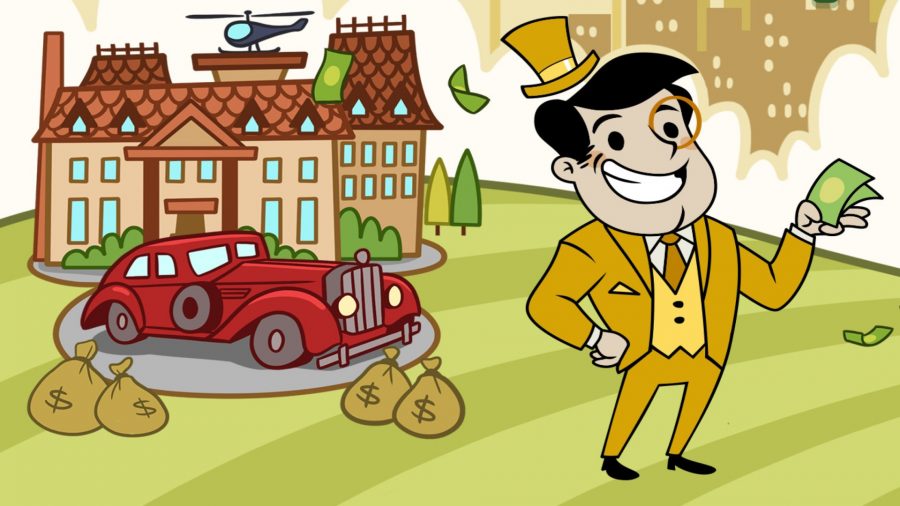 If you like making money without having to do much, AdVenture Capitalist might be just the game for you. Self-described as the ‘game you play while playing other, better games!’ AdVenture Capitalist sees you start with a humble lemonade stand and build your way to fiscal domination. And the best part is that, like any good capitalist, you can hire others to do the work for you, and watch as your fortunes multiply. 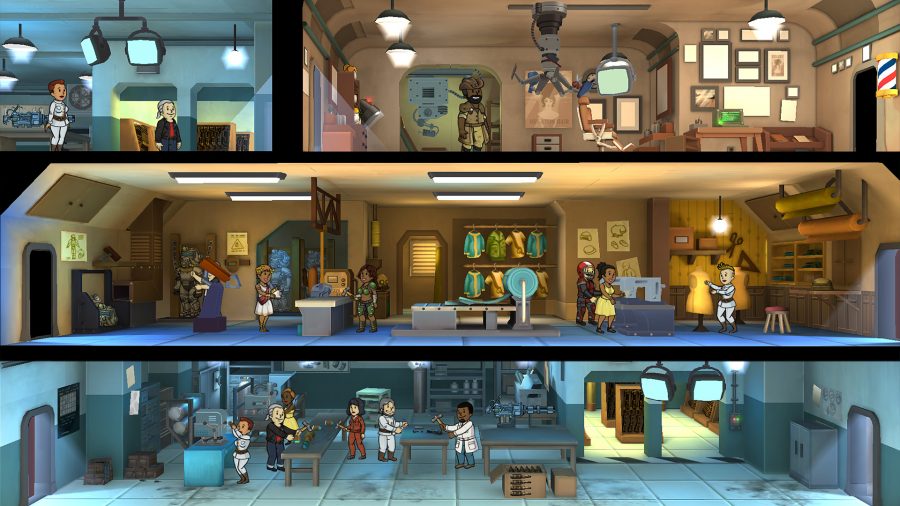 Many of you might remember Fallout Shelter’s launch alongside Fallout 4 back in 2015. Though along the way Bethesda introduced new features, such as wasteland adventures and exploration, at its heart, Fallout Shelter is an idle game. You build your vault, but after that you pretty much put your feet up and serve as overseer, waiting for explorers to return and resources to generate. It’s sequel of sorts, Fallout Shelter Online, also features auto-battle PvP – be sure to check out our Fallout Shelter Online guide for more info! 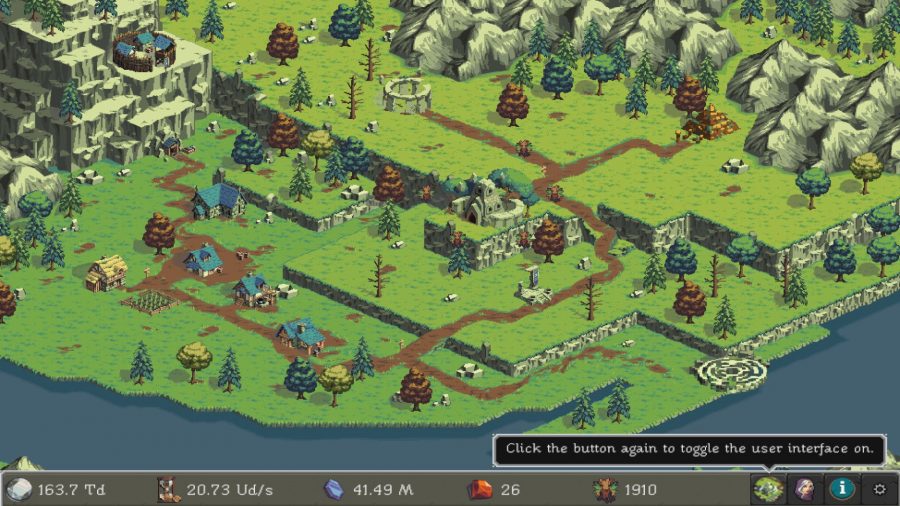 Starting with a small farm, you build your holdings into an established realm, exploring the surrounding country, and cultivating alliances. Sounds like a lot of work though, right? Lucky all you have to do is tap, then. But what Realm Grinder does with just tapping is very impressive. The game has a great deal of depth, letting you choose a faction, unlock technologies, build, engage in diplomacy – just about everything you’d expect from an RTS town-builder, except it’s actually an idle game. 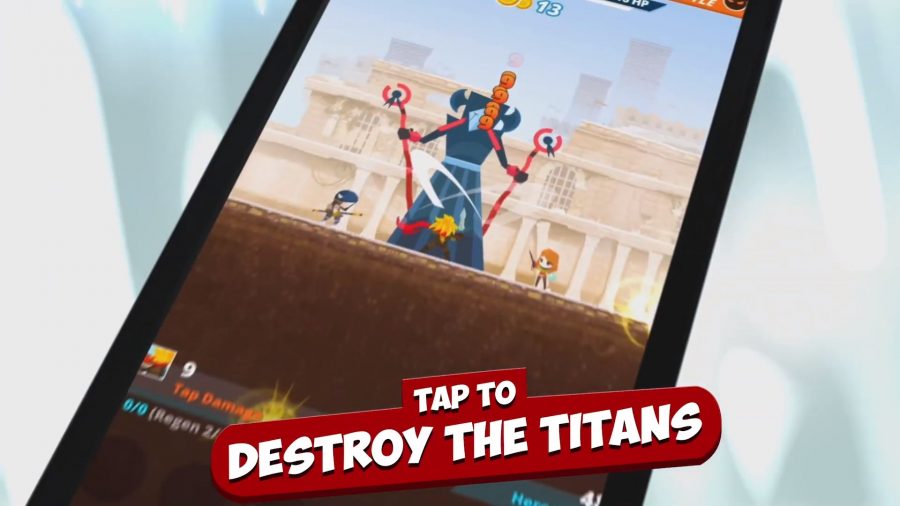 I know what you’re thinking, and the answer is no, this game does not involve tap dance – though someone should maybe make that? Tap Titans 2 is not quite as chill as its other idle counterparts, but for any looking to vanquish monsters and battle fearsome foes with minimal commitment, it is a must. Fight your way through over 70,000 levels, battle over 60 unique monsters, and prove yourself a hero. 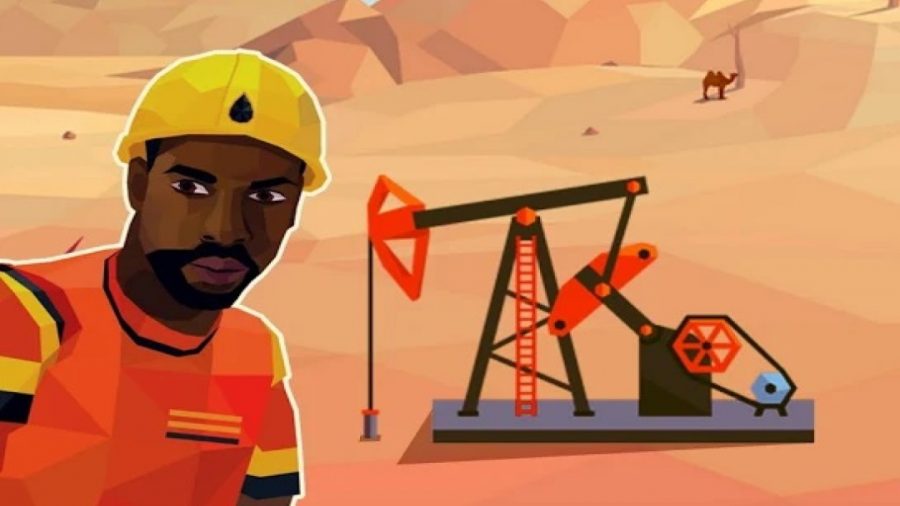 You ever wanted to be a carefree oil tycoon? Sitting in his mansion like Daniel Day Lewis in There Will Be Blood, telling people “I drink your milkshake!” Well, Idle Oil Tycoon won’t quite get you there, but it might be a bit of fun in the meantime. After you strike oil in your backyard, you’re on your way to riches! Simply sit back, and watch as the cash rolls in, occasionally returning to upgrade your well, and sell when the time is right. 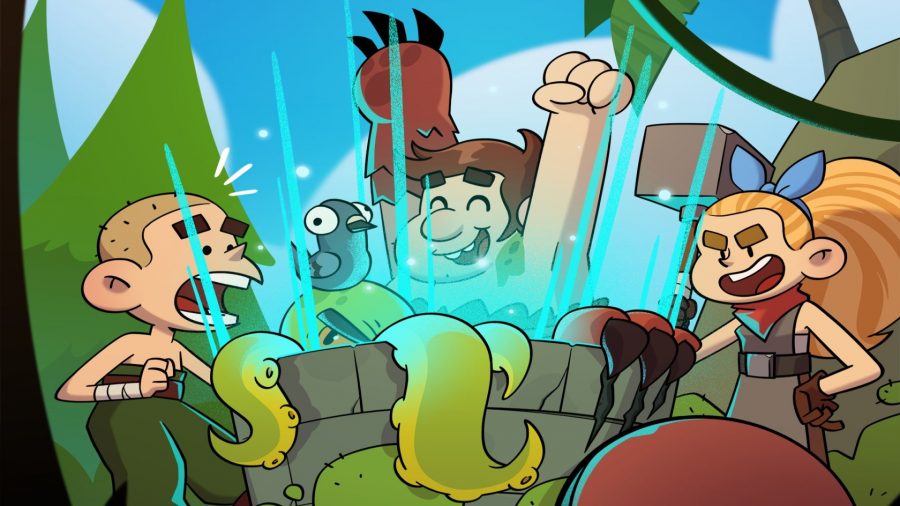 Priding itself on “attracting tryhards who don’t quite fit in with the cool kids”, Almost a Hero isn’t a game about destined champions, but is instead about turning broken characters into the best they can be. It’s a fun, feel-good idle game, with combat, exploration, and magic. So, if, as Bee Square Games says, “you’re more failure than fighter, more wally than warrior, or more silly than soldier” this might be a game for you. 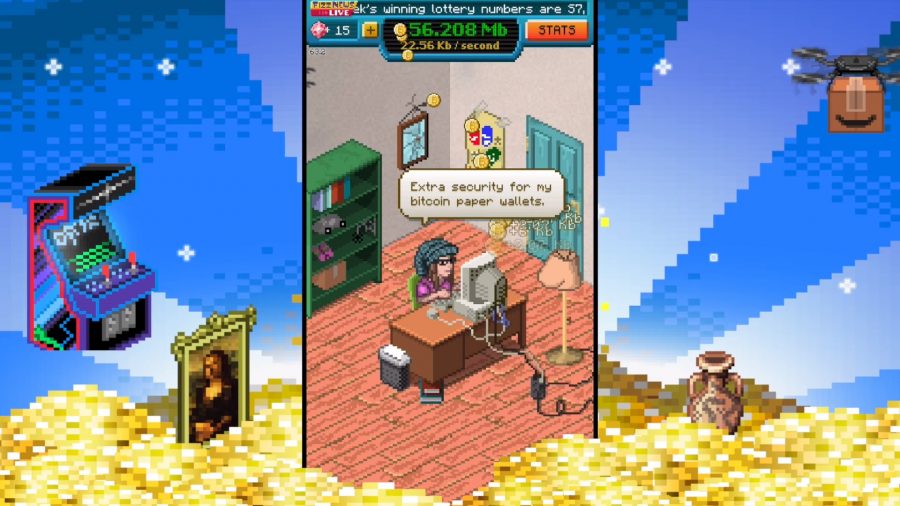 Whatever happened to bitcoin? Is it still a thing? Bitcoin Billionaire thinks so. In this idle clicker you start from zero in a rundown home office, and build your bitcoin fortune to astonishing proportions, using the cryptocurrency to buy robot butlers, virtual reality, and go holographic dating. Oh, also there’s time travel, where your tapping becomes so profoundly powerful it rips through space time into a whole new era. Safe to say this is a tongue in cheek idle game, but still tonnes of fun. 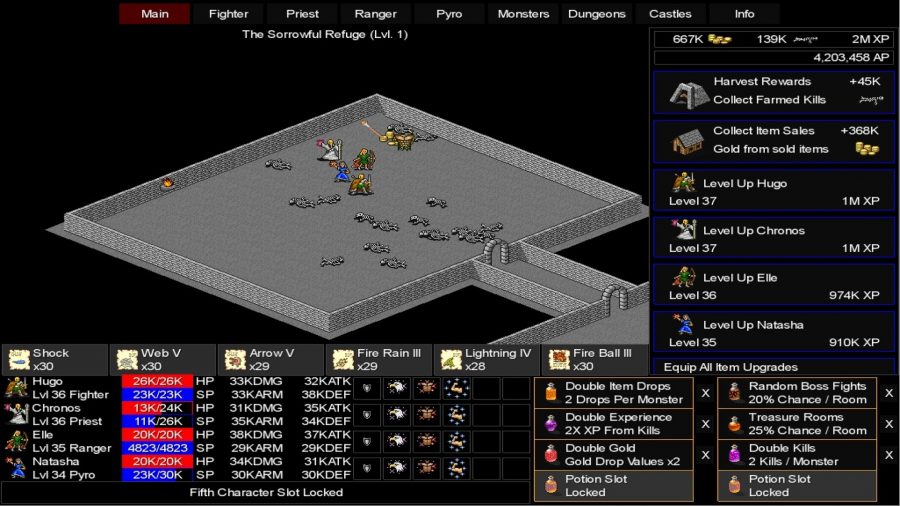 In this idle dungeon crawling RPG, you create a team of adventurers to plunder the depths of a monster-filled stronghold, exterminating every creature they find in their path. Find items, level up, and upgrade abilities, and all the while they do the heavy lifting for you, so you can sit back and enjoy the show. 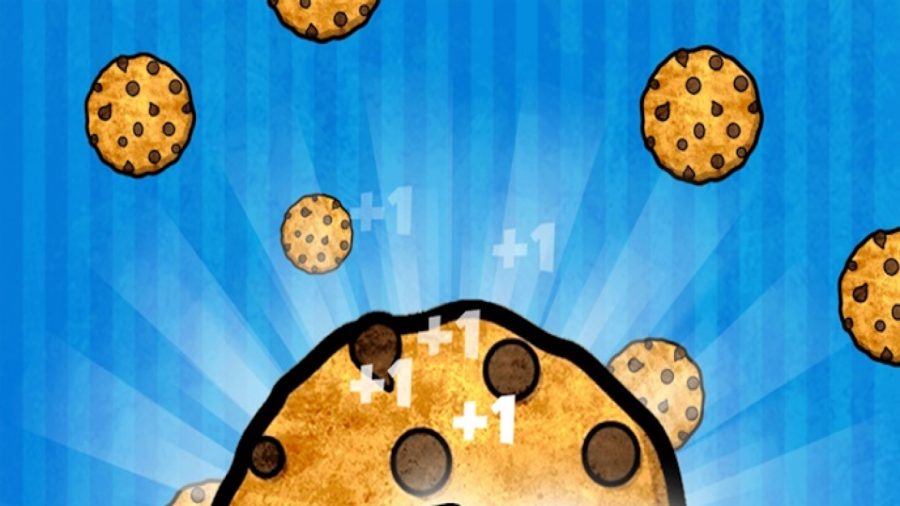 All hail Cookie Clickers! This is a classic pick for us: a tapping game with a simple goal – get the cookies. At first, you can tap the cookie in the centre of the screen to gather them, but when you get more cookies, you can use them to upgrade your cookie harvesting potential. Soon enough you’ll be harvesting billions at a time like some kind of cookie god, thinking back with nostalgia upon the simple days when one cookie was enough. 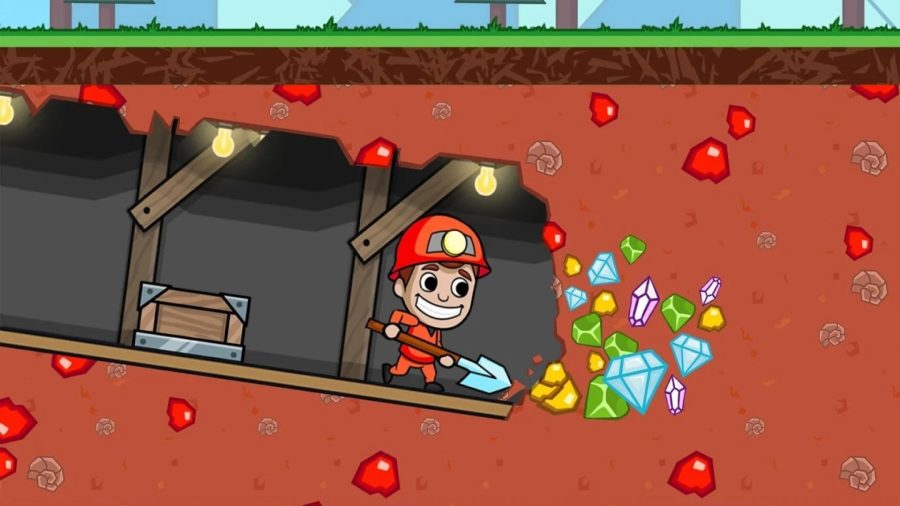 In a similar vein to its tycoon compatriots, Idle Miner Tycoon is another game which gives you a peak into the true workings of capitalism. Work your way into the millions by upgrading your mine, and eventually hiring specialists, so you can sit back and put your feet up, watching the money roll in. Your mine even stays operational when you’re offline – though we’re pretty sure that must violate at least one labour law. 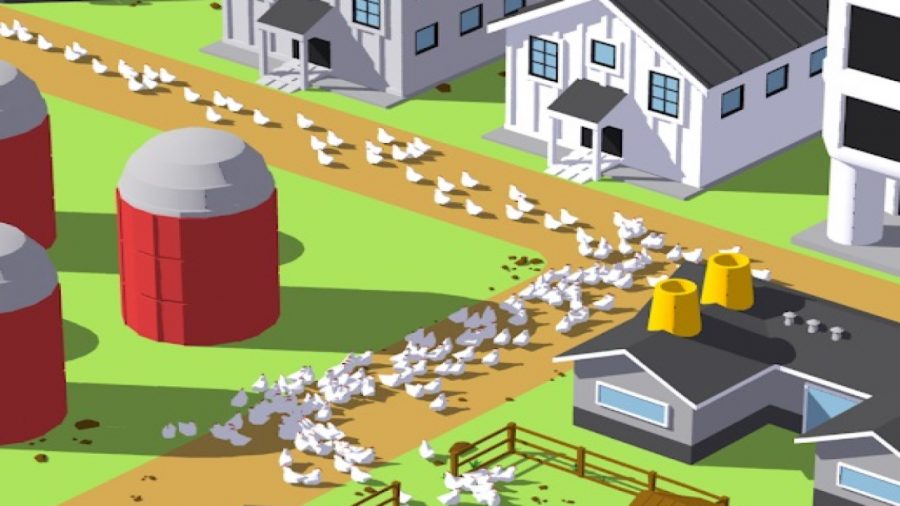 Do you dream of becoming a chicken farmer, but are too lazy to actually do any farming? Then Egg Inc is the perfect game for you. In this clicker, you hatch chickens, build hen houses, and research the mysteries of the egg, in order to create the most advanced chicken farm there has ever been. 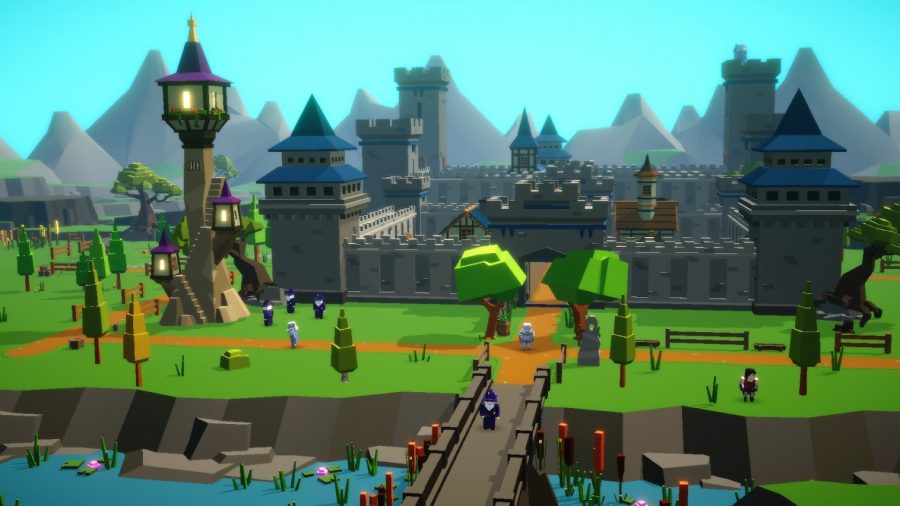 Become King of the castle as you build a prosperous Medieval town and heavily tax the peasantry to earn yourself a tidy sum of gold. This tapping game lets you do much of the usual stuff that tycoon games do – build, gather, research – but its fun Medieval setting is easily enough to set it apart. 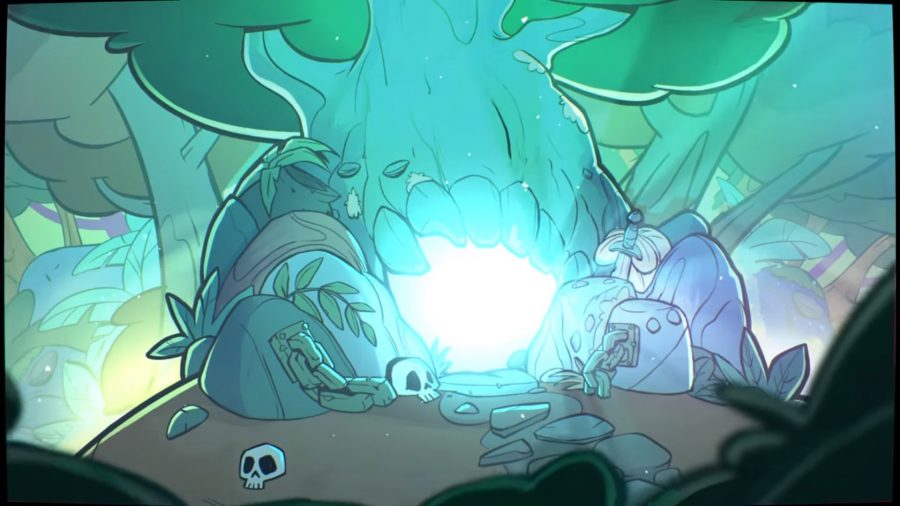 Managing a dungeon is big business, and we’ve known it ever since Dungeon Keeper first appeared. In Dungeon Inc, you’ve just been promoted to the dungeon’s new Gold Production Manager – congratulations! Your job is to expand your dungeon, recruiting monsters and making more gold. But others greedily covet what you produce, and so you also have to defend the dungeon against the aptly named Tax Knights, who are looking to steal your hard-earned cash.

Enjoy spending time in dungeons? Our best mobile roguelikes should suit your needs 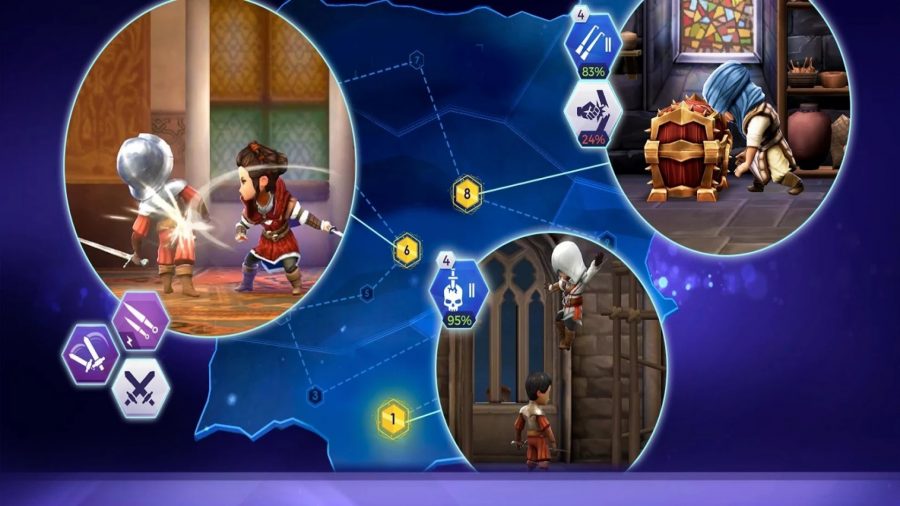 Form your own posse of Assassins and send them on covert missions around the globe to combat the Templar threat. Assassin’s Creed Rebellion also features many fan favourite characters from the series, including Ezio Auditore, Aguilar, and Shao Jun. 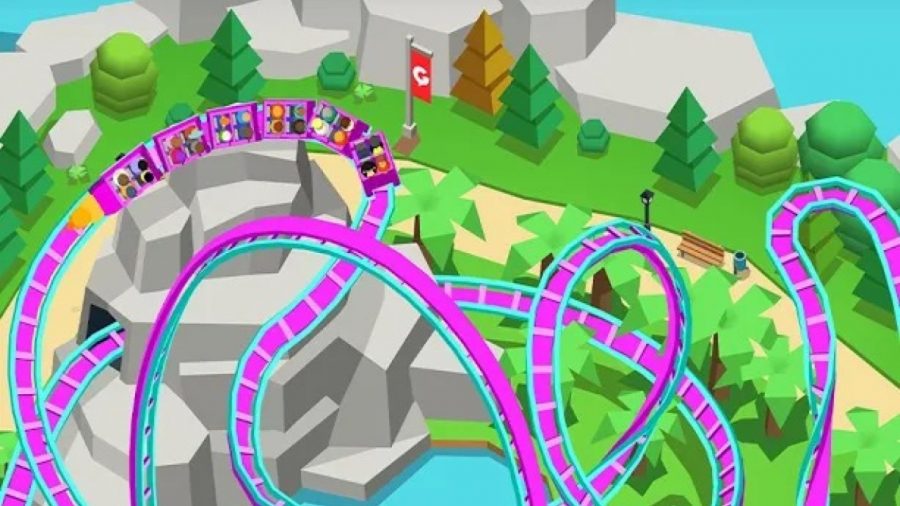 Ever wanted to manage a theme park? Idle Theme Park Tycoon lets you do that, but without any of the hard work. Like its tycoon brothers and sisters, this idle game is about accruing wealth, while also upgrading and improving your park into a must-visit location. 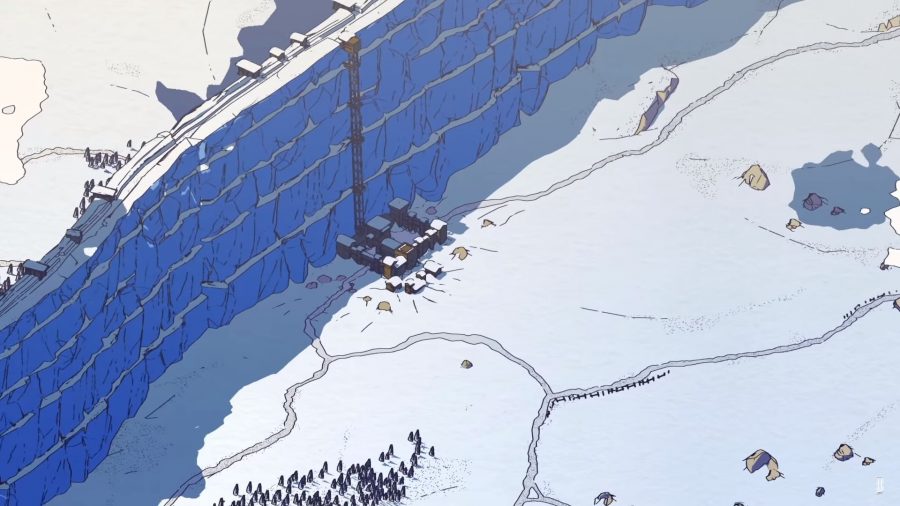 game of thrones: tale of crows

Ever dreamed of being lord commander of the Night’s Watch? Well, now you can. As the de facto leader of the crows, you send ranging parties north of the wall, but the cool thing is that you get notifications throughout the day, as these expeditions send ravens back to you. They also keep travelling in real-time, even when the game isn’t running, so you can enjoy the comforts of Castle Black, while they freeze their asses off. 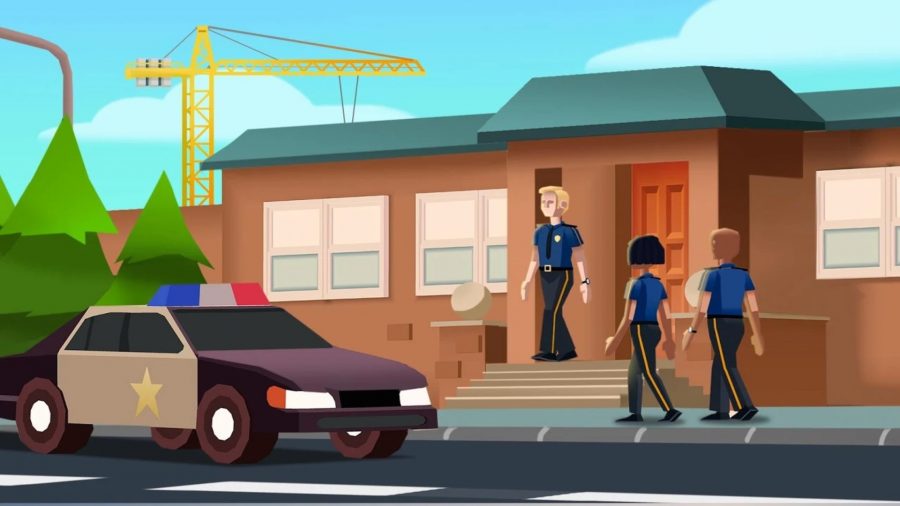 Ever fancied running your own police precinct and exacting justice on wrongdoers? Well, as you might expect, Idle Police Tycoon puts you in charge of one such police station, managing its staff, and creating space to house all the criminals you catch. It’s a fun little idle game, that escalates in complication as you progress. If you want some help getting started, see our Idle Police Tycoon guide! 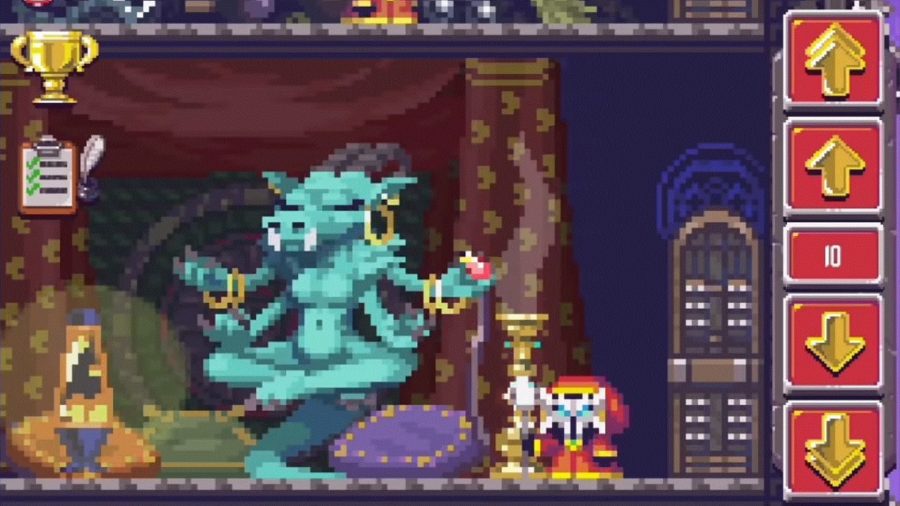 Potentially the best idle apocalypse simulator of 2021 (or maybe the only one, we aren’t sure). Run a cult, create monsters to do your evil bidding, and even summon some legendary gods in order to bring on the end of days. With some charming pixelated characters and loads of content, Idle Apocalypse showcases how great clicker games can be. 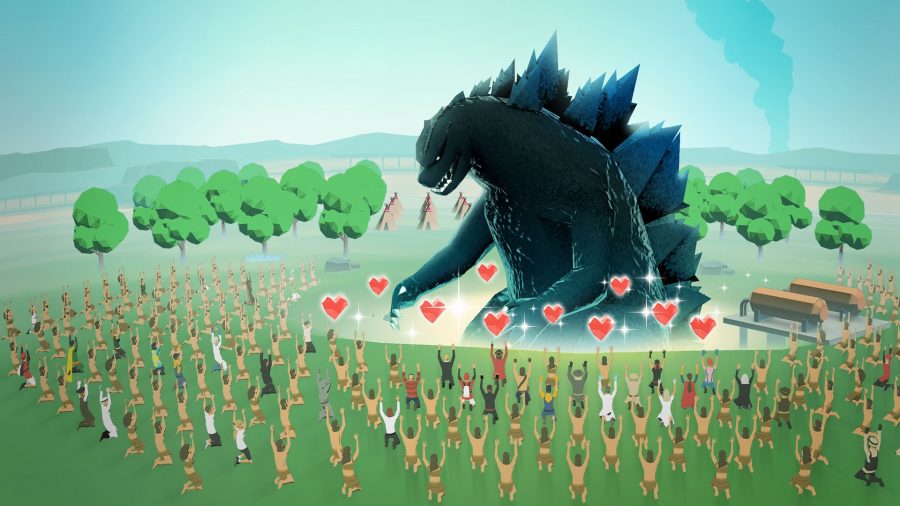 This bizarre, yet adorable, free-to-play Godzilla game tasks you with praying and racing a vast range of recognisable Kaiju. While you’re away from the app, people in various cute outfits bow down to the huge creatures to help make them stronger.

That’s the end of our list! We hope you find something enjoyable to play. If you like managing resources and simulations, then some of the picks on our best mobile strategy games list might be for you!