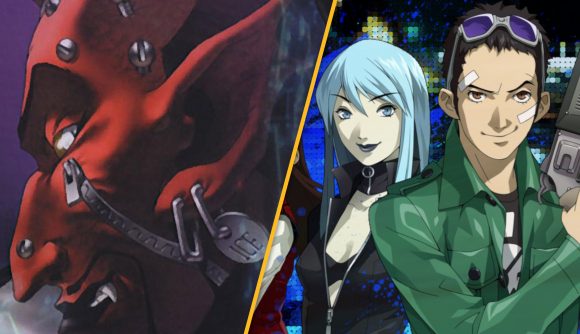 With ten years gone by since Atlus released Devil Summoners: Soul Hackers for the Nintendo DS, we weren’t expecting anything new from the spin-off series, but Atlas does love a surprise. This week, a mysterious countdown clock was revealed via a new Soul Hackers website, prompting a freakout from franchise fans as they speculate what might arrive when the countdown ends on February 21. Spoilers – they think it’s a new game.

While there’s no official word on what the Soul Hackers countdown is counting down to, many are hoping that it’s a new title to continue the series rather than a remaster. If it is a new game, we’re pretty confident that it’ll land on Switch, if not a mobile exclusive, as recently Atlus has been keener than ever to get their software on Nintendo’s device.

Looking at the countdown page, it seems to suggest that a live video announcement will begin once the time is up, with a link to the ‘Aion Live Broadcasting Sequence’ at the bottom of the page that redirects you to a YouTube stream. There’s also a link to a Twitter page created just for this Soul Hackers event, so we can’t imagine Atlus would go through all this trouble without having something exciting up their sleeve (but we’ve been burned before).

When does the Soul Hackers countdown end?

The Soul Hackers countdown ends worldwide on February 21. The last movement of the little hand will be at precisely 20:00 Japan time, 12:00 in the UK, and at 04:00 and 07:00 in the U.S. for EST and PST, respectively. At that time, the stream will begin, and we’ll see just what Atlus has up its sleeve.

That’s all we know about the mysterious Soul Hackers countdown so far, but be sure to check back with us once the timer has stopped for all the best coverage of anything that they might announce. Until then, why not dabble in another iconic Atlas franchise by checking out our Persona 5 Strikers review for Switch.