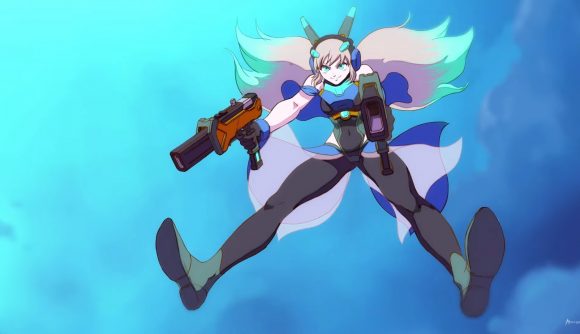 Rayark, the publisher of upcoming mobile game Deemo II, has announced that you can now pre-register for the MOBA-esque strategy game, Soul of Eden on Android. It’s not clear at this point if, or when, it will arrive on iOS, as you can only pre-register on Google Play at present.

In Soul of Eden, you play as one of four different factions: aliens, republic, empire, and beasts, each utilising a unique focus and playstyle. In a similar vein to Clash Royale, Eden combines RTS with deck building, allowing you to fight opponents in intense four minute battles. You build a deck of cards that represent heroes, units, and spells, and try and outwit your opponent.

The hero units, which each come with a special ability, include S. Tadakatsu, who can instantly kill enemy units, Doramorph, who can transform into an opposing hero, or Puppeteer, who can indoctrinate enemy units, turning them to his will. At launch, you can build a deck out of over 100 cards, with more to arrive at a later date.

You can check out the trailer below to get a taste of the game in action:

Rayark has hinted that the maps can change throughout a match, adding a tactical layer into every fight you undertake. There’s also a new spread system, which offers endless variety when you choose formations and before you start the match.

A new ‘spread’ system will also reportedly be added to the game, offering a good deal of variety in terms of unit formations, but specifics haven’t been revealed yet.

Rayark hasn’t announced a release date yet, but if this sounds like your kind of game, you can pre-register right now on Android via Google Play.