I’ve often wondered what a premium gacha would be like. The genre is absolutely massive on mobile, with pretty much every franchise under the sun having a gacha game tie-in. Play one, and it’s not difficult to see why – who doesn’t want to create a dream team of their favourite Star Wars/Marvel/DC heroes?

It’s the gacha mechanic in itself that proves the most alluring. Each time you pull/summon/draw a new hero, it could well be the one that finally completes your team. Or it could be another dud. More likely it’s the latter, which is all part of the fun. Much like with Pokémon cards, or FIFA’s Ultimate Team, it’s the rareness of the best pulls that makes it so addictive.

But the problem I have with the genre – and I’m not in isolation with this – is that they are huge money sinks. Sure, a single summon might not cost you much in a typical gacha, but it’s never going to be just one summon. Also, no matter how generous many gachas are with their free summons, you’re always going to hit a paywall at some point. It’s just inevitable.

Except in Star Trek: Legends, that is. This is a proper gacha game that looks, functions, and behaves like a free-to-play entry, but has launched as part of Apple Arcade, which is free from ads, microtransactions, and energy systems. In essence, this is the closest we’ll likely ever get to a premium gacha, and it’s absolutely brilliant.

This is a proper gacha game, free from ads, IAPs, and energy systems

Normally, I like to start with the positives before moving onto the negatives, but there are so few of the latter that I’m compelled to flip the script. So far, my only complaint is the number of bugs I’ve encountered. It’s not game-breaking stuff, but it makes menu navigation a bit of a pain, and I’ve had to close the game to fix it numerous times.

It’s all issues in that vein. Try to change a bridge member? The game freezes. Want to equip a shiny new piece of gear? It won’t let you. Want to complete a limited event? Oh, it’ll let you do that – and take one of your limited number of tokens – but it will freeze as soon as the battle is over. There are also a few visual glitches during battles, where the camera pans behind the scenery, but, like I said, there’s nothing game-breaking. 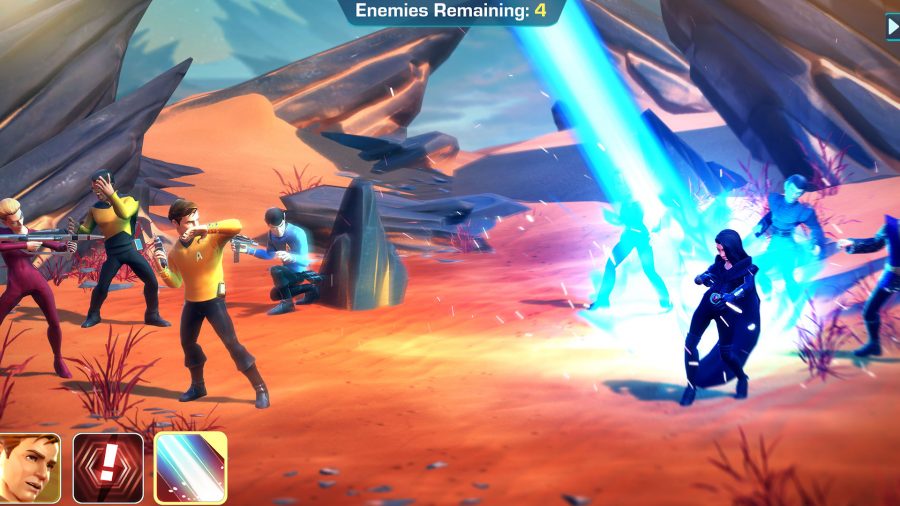 The rest is all positive. Now, I love gacha as a genre, which is worth pointing out, as Legends really doesn’t break the mould. You summon heroes, equip them with skills and gear, participate in turn-based battles to level them up, and summon duplicates to increase their rank. All of the above is basically in aid of improving their power score, which provides you access to more challenging content and improves your chances of succeeding in PvP.

No Apple Arcade subscription? Check out our list of the best gacha games you can play for free.

The core structure is identical to the likes of Marvel Strike Force, even down to the cartoony visuals. However, the removal of all forms of free-to-play feels nothing short of liberating, and it’s fascinating to see how two almost identical experiences feel with and without the trappings of money.

I’ve played an awful lot of Legends since its launch on Friday, and I haven’t hit a single paywall in that time. I know it makes sense, given the fact that you couldn’t actually pay to surmount it, but I can’t tell you how good that feels. I’ve met more challenging sections, sure, but much like in a classic JRPG I’m able to go and grind to increase my level, or head to a shop to purchase new gear. I haven’t found a challenge I can’t overcome with a bit of classic grinding, and I’m really loving that. 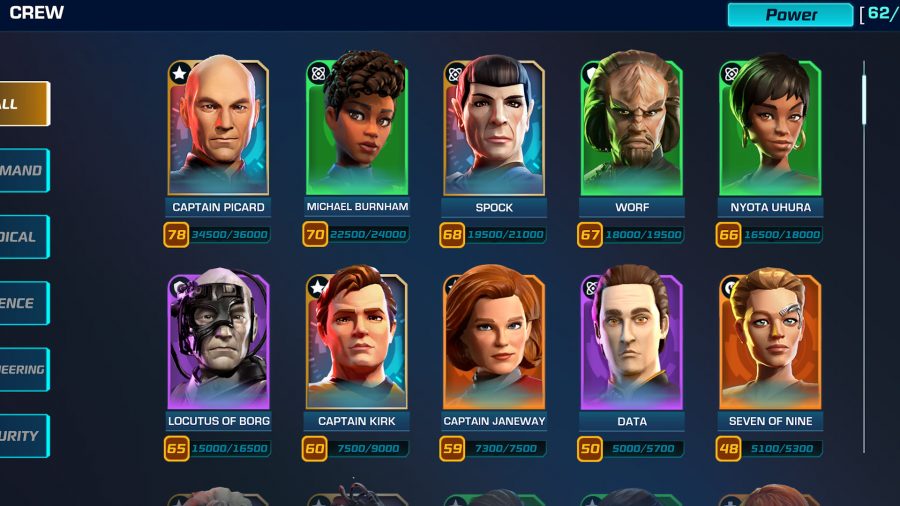 There’s also no shortage of summons. You basically earn the summoning currency by – yep – playing the game. The more you play, the more you earn. There are also two different ways you can summon: at random, which provides you with any of the possible crew members at various different drop rates, or summon by class. Much like in a traditional gacha, or RPG, each character is assigned a class, which includes tanks, medics, damage-dealers, and more. Summoning by class basically gives you a better chance at getting a specific character, though it is a bit more expensive.

It's a pure Trekkie dream, with your favourite characters making an appearance

I’ve said all of this and I haven’t even mentioned the licence yet. It’s a pure Trekkie dream, with your favourite characters from the various TV shows, movies, and more making an appearance. There are currently 61 characters available (of which I already have 27), and that number will likely grow considerably as Legends matures. 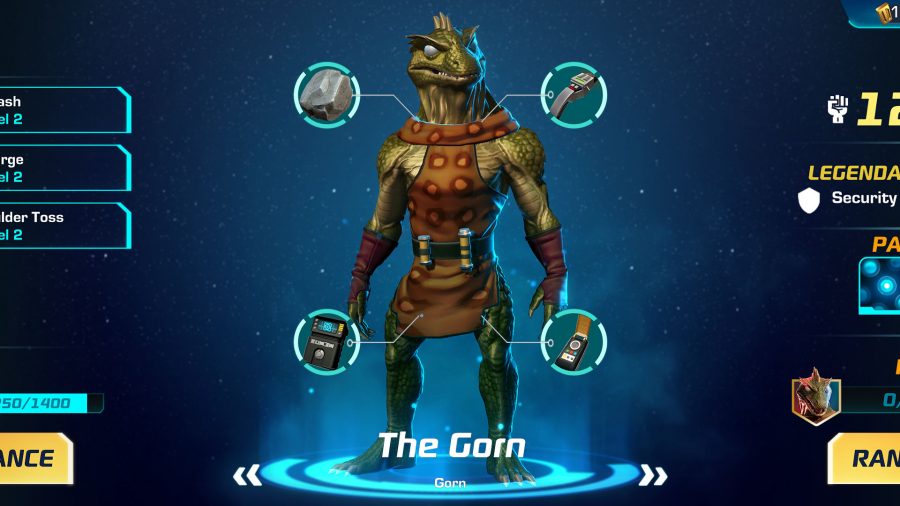 Now, Star Trek is famous for its storytelling, and while I doubt any fan will find the tales on offer here particularly compelling, the writing is good enough that I’ve paid closer attention to it than any other gacha game’s storyline. It also helps that you can progress through the adventure at a steady pace, without encountering a frustrating paywall every few minutes.

In short, if you like gacha games then you will love Star Trek: Legends. It’s got the best bits of the genre – the summoning, alliances, PvP, and turn-based combat – without any of the worst bits. You literally can’t pay to progress, which results in you having to actually play the game instead. I can’t quite describe how liberating this feels, so you’re just going to have to go and experience it for yourself. You won’t regret it.

If you like gacha games, you'll love Star Trek: Legends, which dispenses with the free-to-play nonsense for a pure RPG experience.