In a time that seems far, far away now, one of the best RPGs known to humankind hit consoles. Bioware struck lightning in a bottle back in 2003, when it released Star Wars: Knights of the Old Republic for the first time, launching it for Xbox and Microsoft Windows. The game proved to be an immediate hit with the Star Wars community, finding its way into the hearts of many, and it remains there even 18 years later. Of course, its success means it has seen release on various platforms over time, including mobile – it also happens to be available on all Xbox consoles courtesy of backwards compatibility.

I am a huge Star Wars fan myself, and also have a strong love for RPGs. Knights of the Old Republic happens to be one of my favourite games of all time, so you can imagine my immense excitement at discovering Aspyr was porting it to the Nintendo Switch in all of its original glory. With a remake on the horizon for PlayStation 5 and PC, I can’t think of a better time to revisit where it all began. Honestly, the Switch edition couldn’t have come at a better time.

The narrative is as strong today as it was 18 years ago, mainly thanks to the freedom that players get. You see, there are two sides to the force, light and dark, yet all too often, you find yourself thrown into one side automatically – most of the time, you’re forced to be a good person. However, KOTOR doesn’t do that. Instead, you’re granted a choice. This is your story – are you light or dark? How you use the force is up to you. If I’m being honest, this isn’t a hard decision to make – there’s a little dark in all of us, after all.

However, what proves to be the most interesting factor – for me at least – is that this story takes place 4,000 years before the rise of the galactic empire. Meaning your favourite characters don’t even exist yet – not even Yoda. We meet plenty of interesting people though, all of which play a part in our ultimate destiny. Some urge you to fight for good. Others entice you for evil. 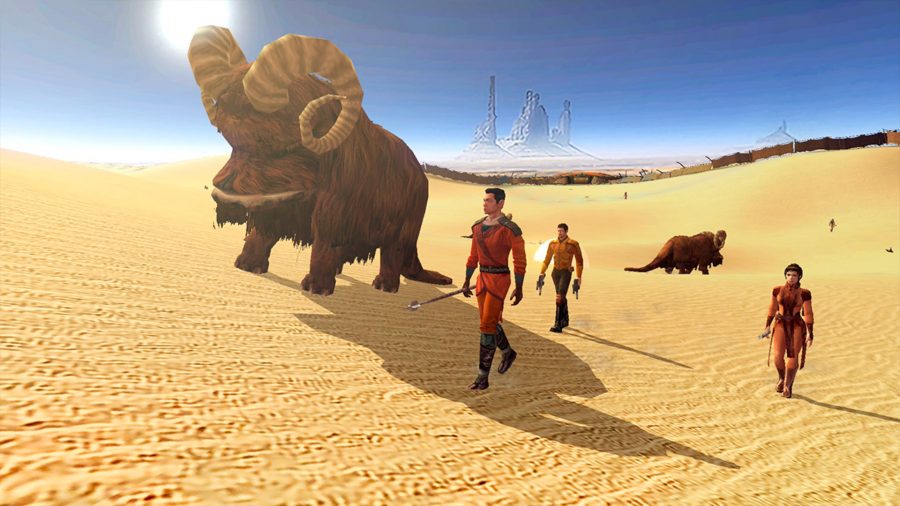 As an RPG, this ticks every single box, from creating your character to choosing a class and direction to take as the game progresses. But, most importantly, your choices matter. They truly do make a difference in how your story plays out. The transition your character makes feels natural.

You can start out as a loyal soldier who finds themselves corrupted as the game goes on. Personally, I always end up trying to be the good guy, only to find myself making more and more despicable decisions, until, finally, I embrace the dark side. Besides, the bad guys always have more fun, and red lightsabers look the best. It’s the little things that win me over.

most importantly, your choices matter. They truly do make a difference

When it comes to environments, you’re treated to a range of recognisable locations, including Tatooine, Dantooine, Korriban, Manaan, and Rakata Prime. Then there are the sequences aboard the Endar Spire and Leviathan, a Republic cruiser and Saul Karath’s ship, respectively. As such, the game never grows stale. Instead, you’re constantly seeing new places and being treated to new experiences throughout a story that genuinely reflects your choices.

So, we’ve already established how phenomenal Knights of the Old Republic is, and how all Star Wars and RPG fans should experience greatness. However, we still have a fundamental question to answer, and that’s whether or not the title runs well on Nintendo Switch.

Okay, so first of all, don’t come into this game expecting incredible and updated graphics. This is a straight-up port of the original game. However, that’s not to say that the game doesn’t manage to withstand the tests of time, because it does. I’d go so far as to say that the dated graphics add to its charm. It throws you back to childhood or whenever you first experienced KOTOR. Or, if this is your first time, you’ve not missed out. You get to immerse yourself in the game as it originally was. 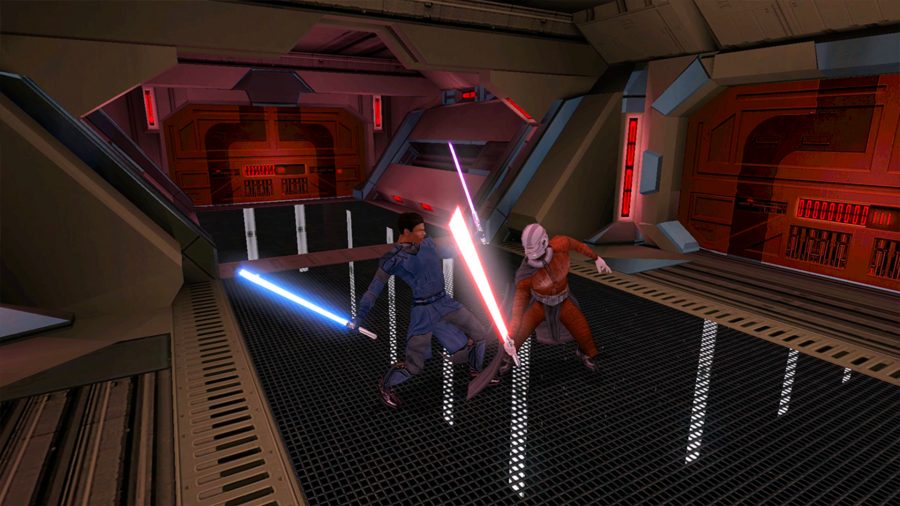 As far as Switch ports go, Knights of the Old Republic is a solid one. There are very few problems to speak of. Actually, my primary complaint is to do with moving the camera around – it feels quite stiff – and that comes down to the game being nearly 20 years old. It has nothing to do with the port itself.

Other than the camera, the controls feel smooth, which is impressive for a game of this age. Combat feels as great as ever. I found myself wanting to be in the thick of it at all times – which often drove my decision. If I was to be further involved in a fight, that’s the option I would take. Not once did I take the cowards way out, and that’s not because I want to be helpful, more because I embrace carnage and mayhem.

Oh, and if you happen to be new to KOTOR, the tutorial stage is thorough, teaching you all the basics and how to equip items. This, of course, is vital to succeeding in any RPG, and that goes double when the force is involved.

Honestly, this is a solid port that serves as a great throwback to the glory days of Star Wars games. It’s a real pleasure to revisit Knights of the Old Republic, and it’s a fitting adventure for new and old fans alike.

A phenomenal RPG, one that has withstood tests of time. Nearly 20 years on, and it remains an enjoyable expereince. Be you a new fan, or old, KOTOR is a must-play for Star Wars and RPG fans. Light or dark? Only you can decide.