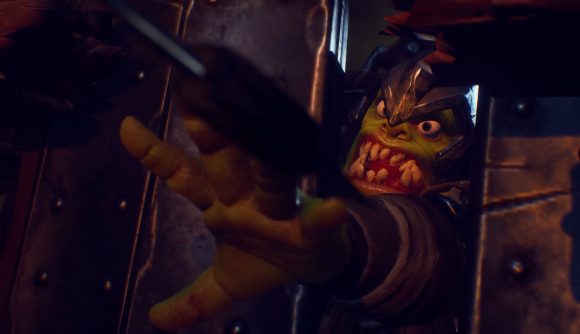 The advent of the Steam Deck has been a game-changer for handheld gaming, with many gamers now able to play their favourite PC games on the go. As this portable gaming PC grows in popularity, Humble is offering a special bundle of eight Steam Deck games which for just $20, or $2.50 each (£15.92 or £1.99 each in the UK).

After a big purchase like the Steam Deck, you might not have a huge amount of cash left over to buy new games, and that’s where the Handheld PC Power Bundle comes in. All eight games included in this bundle are ideal for playing with a controller and work wonderfully on handheld platforms like the Steam Deck.

Humble has included a nice variety here, including zoo-building simulators like Parkasaurus, addictive tower defence games like Orcs Must Die! 3, and survival RPGs like Exanima. Whatever your taste in games, you can be pretty sure that you’ll find something you like in this bundle

Of course, when you buy a Humble Bundle, you also have the added benefit of knowing that your money is helping to support a good cause. In this case, the bundle helps to support Lifelites (who donate assistive technology to children’s hospices) and the Children’s Miracle Network Hospitals.

So what’s the full list of Steam Deck games included in this bundle? Take a look:

Are there any games there that you’ve been keen to add to your list for a long time? Anything that sounds particularly exciting? If you do go for this bundle, we hope that it will bring you many hours of joy.

Check out our articles on the best Switch games and the best mobile games for more content on handheld gaming.