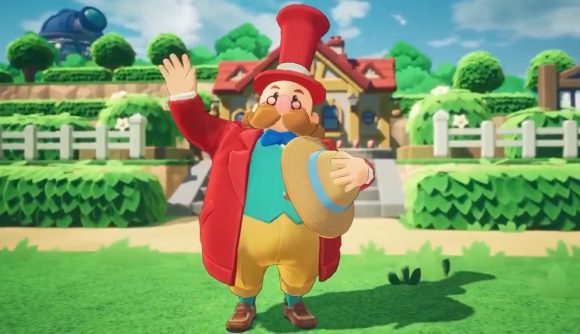 Tencent has revealed a first proper look at Story of Seasons Mobile, its upcoming adaptation of the popular life sim series. The game is currently in development at Tencent’s Next Studios, creator of Crown Trick and a charming co-op puzzle game by the name of Biped.

While the Story of Seasons Mobile release date is still unknown, a recent trailer shared widely by Niko Partners analyst Daniel Ahmad does shed some light on what to expect from the incoming title.

For starters, it looks like a fully-fledged Story of Seasons game, meaning you’ll spend a good deal of your time tending to your farm, caring for your livestock, and just generally living out a chilled existence in a colourful, cutesy world. The trailer highlights some of the game’s characters, including a portly mayor, and grants a sneak peek at some of the activities on offer, from fishing to foraging. Not only does it seem like a good bit of fun, but it’s arguably even more of a looker than the console entries.

Here is a first look at Story of Seasons Mobile which is developed by Tencent's NExT studios and authorised by Marvelous.

Tencent acquired a 20% stake in Marvelous in 2020 and has been working on the game since 2019. pic.twitter.com/wc5JfwAD1v

If you’re looking for something to keep you busy while you wait for Story of Seasons Mobile to roll around, we keep a curated list of the best mobile RPGs – give it a read!