Subnautica: Below Zero puts you in the shoes of Robin, an experienced explorer who is out to discover what happened to her sister. Samantha passed away on a mysterious planet known as 4546B, leading our protagonist to this desolate, ice-laden landscape.

The world itself is stunning in its beauty and filled to the brim with interesting creatures, to the point where you’ll often find yourself questioning what exactly you’re looking at. Some are small and harmless, while others prove to be dangerous, posing yet another threat on this lonely planet.

To survive 4546B and the creatures that inhabit it, Robin must rely on her survival instincts and ability to scavenge for valuable materials – mechanics that veterans of the survival genre know all too well. If you are well-versed in this sort of world, Subnautica: Below Zero will reel you in.

As the game progresses, you can complete various objectives to advance the main story. Off the beaten path, you’ll also uncover numerous opportunities to discover more about the planet itself through research. If, like me, you enjoy exploration, you could find yourself venturing away from the main story quite easily, though do bear in mind that your surroundings may become repetitive over time. 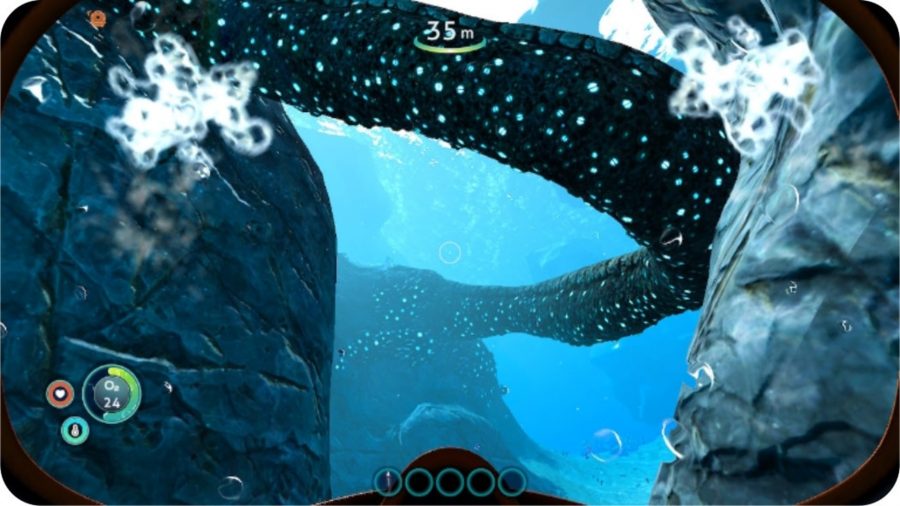 To ensure your continued survival on this hostile planet, you will need to construct items and build bases. If you played the original Subnautica, you will be well prepared for what it means to survive by getting creative. To assemble the best items and find the necessary blueprints, a grind is inevitable, which may not be to your taste.

Much like its predecessor, Subnautica: Below Zero primarily takes place underwater. However, unlike the 2018 original, you will come across the odd land-based area to explore. It offers more depth than the original game, allowing you to take exploration to new levels. Venturing above the sea provides a nice change of pace, especially given how much time you spend underwater.

That said, The ocean is beautiful, and I have a real-life fascination with it, so it was somewhat disappointing to find myself repeating what felt like a never-ending cycle at times.

Of course, Subnautica: Below Zero would not be a survival game if there weren’t multiple conditions to consider, such as thirst and hunger. You must find edible food and water to keep Robin sustained, lest she perish. Oxygen and environmental temperatures are also primary concerns. Should you run out of air, you will drown, and without the correct equipment, the freezing cold simply proves too harsh.

There are four different game modes to get stuck into. Three of which – survival, freedom, and hardcore – all feature the story, while creative mode allows you to get inventive without the threat of death looming over you at every turn.

Survival mode acts as both the game’s primary draw and normal difficulty option. It sees you tackle the story while also fighting off thirst, hunger, oxygen starvation, and deadly temperatures. It does add a certain level of intensity, meaning you’ll often question whether you have what it takes to survive these impossible odds. 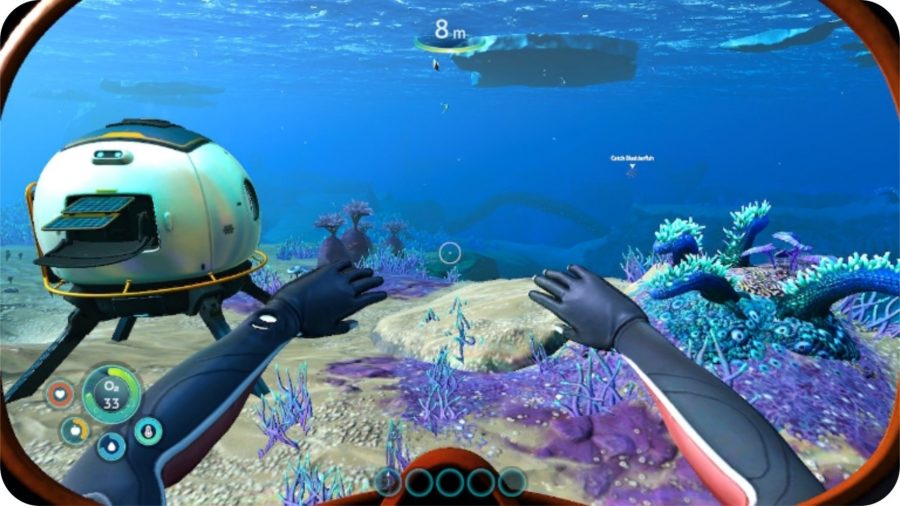 If a story-driven adventure is more to your liking, then perhaps freedom mode would work best. It removes the thirst and hunger meters, making survival easier, though you’d be wise to keep an eye on your oxygen tank when diving into the ocean’s depths.

As for the hardcore mode, the clue is in the name. It is purely for those who want to put their survival skills to the test. Death is not an option, and should Robin meet her end, the game is over, forcing you to start again. Masochists and gluttons for punishment will feel right at home here.

it becomes clear that the game suffers from performance issues

Unfortunately, the Nintendo Switch port is not without its faults. Upon landing on 4546B, it becomes clear that the game suffers from performance issues. Playing the survival title can be trying at times, and you could well find yourself struggling to live beyond the intro if you take issue with dodgy frame rates. The problems seem to subside as you progress further, though they might have become less noticeable to me over time as the story pulled me in.

Subnautica: Below Zero has much potential. It boasts a solid foundation to build upon, largely thanks to its predecessor, though at times it feels as though it’s chasing a dream rather than executing it to the fullest extent. It never quite makes the best use of its strong setting, even with the addition of on-land sections. If you’ve explored one base, you’ve ultimately seen them all.

For those of you who like a mysterious narrative that has you asking questions, then perhaps you should pick the game up and join Robin on her journey. However, be aware that the Switch port does have its issues, and that the core game itself also isn’t without its faults.

Subnautica: Below Zero embraces all the elements needed to create a strong survival game, though it suffers from repetition and immersion-breaking performance issues on Nintendo Switch.