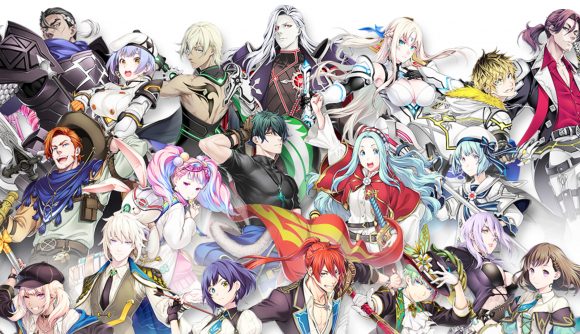 Nothing lasts forever, unfortunately, and on occasion, this saying can apply to mobile games, and the impending Tales of Luminaria shut down is a perfect example, as Bandai Namco has decided to call time on the mobile JRPG – less than a year after its launch, as its reception since release has been less than favourable.

When a mobile game is shuttered, it’s not usually a good sign, and the less than stellar performance of the JRPG shows how cutthroat the mobile games sector is. Undoubtedly, the Tales of Luminaria shut down news is disappointing for those who enjoy the title, but that doesn’t take away from the many complaints it received in November 2021.

The combat system is one of the game’s weakest areas, and given how important these mechanics are in a JRPG, it’s easy to understand why players and critics have pretty bad things to say about it. On the flip side, no one can deny how beautiful the game is, which makes its early shutdown that bit more disappointing.

It’s worth noting that if you have in-game items and currency, you have until the Tales of Luminaria shutdown date to use them. If you don’t, it’s essentially money down the drain as you don’t get anything back.

When is the Tales of Luminaria shut down date?

Tales of Luminaria is to be shut down on July 19, so you still have a couple of months to enjoy the game.

If you need another title to take over when the time comes, our best mobile RPGs list is full of exciting adventures for you to embark on.