First, let’s dispense with genre. Telling Lies is a narrative game with a puzzling aspect (though if you want a proper head-scratcher, check out our list of the best mobile puzzle games). Though its creator insists the game isn’t voyeuristic, its whole spiel revolves around the player watching video footage collated from an intelligence archive.

Although the central mechanic is not digging through dirty laundry, per se, it is nevertheless watching movies of people’s immediate and unfiltered lives. There is some perverse pleasure in breaking this taboo, in being a fly on the wall of someone’s life.

On the flipside, it provides an honest, unflinching look at their lives. Using all the raw footage, the player is meant to piece together a master account of the connections between four people and one final act, presumably extreme enough to merit all this surveillance.

In pursuit of this final explanation, the game becomes a simple trawl across the videos to try to find every clip. Fortunately, the strength of the acting and individual scenes is compelling, even while the much-vaunted mystery falls a little flat. In a nutshell, play Telling Lies for the human element and scrambled story, not for the whodunnit. 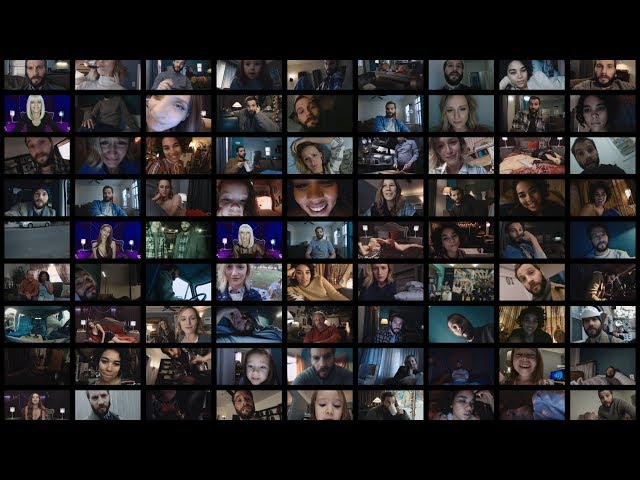 Any conversation can be searched by its component dialogue, broken down into individual words. The very first keyword, ‘Love,’ springboards the scattershot search. To keep things from getting too easy, you can only see the first five results. This is the exact same method as used in Sam Barlow’s game, Her Story, and it’s no worse for wear from reuse.

In a novel twist, many of the conversations in the videos are dialogues between characters, so the actor might be flirting or arguing with a silent second video component, which must be tracked down and mentally reconstructed to give a full picture.

Splitting videos makes for a delightful exercise in conversational deduction and wit. Oh, and the ‘metadata’ of each video also includes date and time-stamps. Protip: use the rewind function to view the full video, start-to-finish. Those are all of the game’s technical tricks; the rest of its staying power comes from the story.

Said story is convoluted but not especially complex. The video clips cast a web that is finely woven, with clear connection and logical nodes. Piecing it together is disorienting, like being thrown into a whirlwind of memories, fights, inside jokes and backstory. 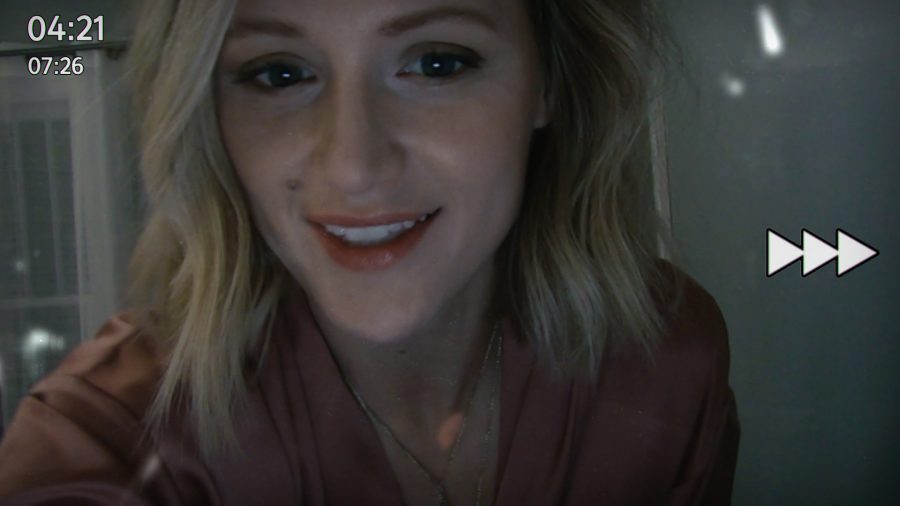 Here’s a rough sketch of some of it. The wife back home is sometimes aggrieved, sometimes amorous, always tender to her daughter. A cam girl manages her clientele with expert discretion and finesse. A right mess of a man attends a poorly lit party and sways after a few. He’s coming on to a fellow activist, and she’d rather go home alone, thanks.

These vignettes and many more besides function like brushstrokes building up the details of each person’s life and motivations. Suffice to say that all of the four central characters are under stress and laboring under some illusions. That’s about as generic a setup as it gets, so luckily Telling Lies has a strong, diverse cast of characters with competent actors bringing them to life.

The material they’re given to work with is stout. Three women whose lives are only connected by a man, his own life riddled with uncertain motivations and cutting half-truths. Most of the titular ‘lies’ involve omissions and incomplete accounts rather than outright untruths. Telling Lies is, true to its title, a perfect exercise in context and discretion. The player can experience every perspective without judgement or heavy-handed narration.

Even while dealing with the heaviest of material, the game never veers into easy moralism. The most intense disputes unfold with their full intensity while the player sits mutely as a third party, though the player character’s identity is not a simple bystander. 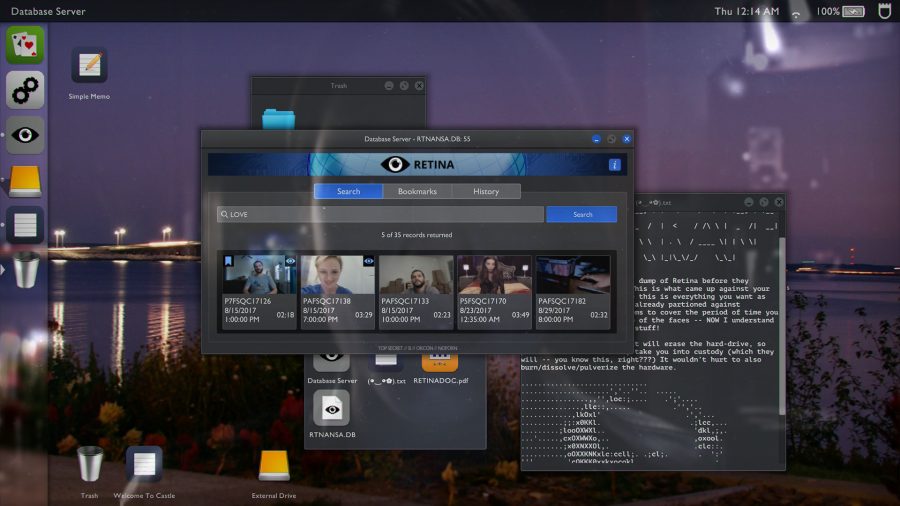 As more videos are accessed, the in-game laptop timer advances into the late hours of night and eventually the wee hours of morning. Reflections pass across the screen-within-a-screen. It’s a deliberately layered perspective, partially to justify the video-access gameplay through a story conceit.

The plot, such as it is, unfolds in a little over a year and has several huge events. National security, political activism, and ‘relationships’ make fodder for every kind of interaction. There are lullabies and come-hither crooners, fairytale tuck-ins, and fairytale codenames.

Because every player will view the archive in a unique order based on their search whims, the story is modular. Sometimes this means its emotional beats fall out of the usual rhythm, occasionally stealing thunder. If it were a less carefully constructed plot, or less interesting set of characters, the whole conceit would fall flat. Telling Lies mostly avoids this.

I’d talk details, for they are where the juicy bits are, but they are absolutely best experienced fresh. Suffice to say the game builds up its characters’ lives in the best way possible, including ordinary scenes as much as dramatic, emotional ones. Its tone is varied and generally well-considered. 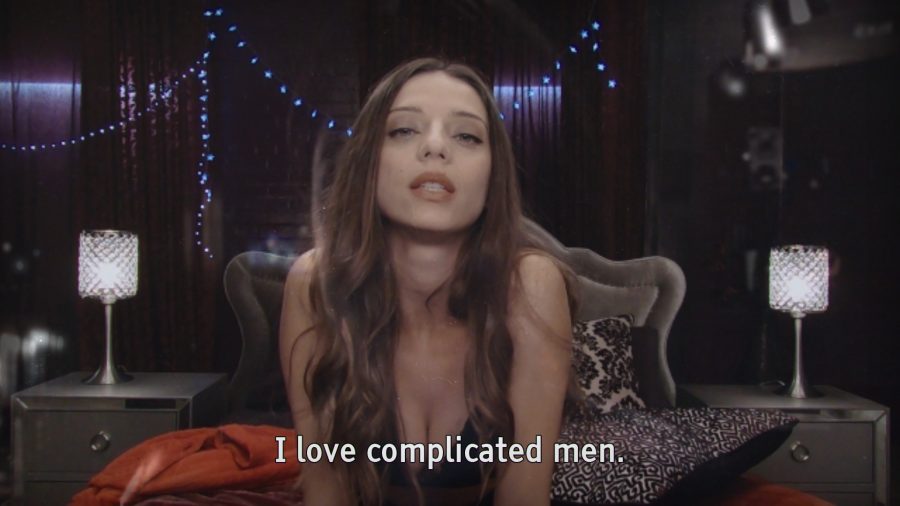 Unfortunately, each character’s appeal relies a little too much on their alluring status of strangers, like dimly scouting someone intriguing across a crowded room. Once they become a known factor, things start to look a little flat. The connections between them are shockingly direct and the final ‘gotcha’ is less satisfying than Her Story’s. This is largely quibbling: those who like getting inside the characters’ heads and stalking every last bit of a stranger’s life will take to Telling Lies like catnip.

By including a wide range of its character’s lives, Telling Lies mostly succeeds in telling a complete, compelling story connecting four disparate individuals. It coheres and tantalizes, but in its greater scope, becomes a little muddled in the final moments. That we’re witnessing a resurgence of FMV-style games is nothing short of a miracle, and Telling Lies remains an excellent addition. It falls short of perfection, but has all the hallmarks of a critical and commercial darling.

Telling Lies is one of 2019's best games but still stands in the shadow of its predecessor's achievements. It earns major props for acting, writing and excellent implementation of FMV. Minor demerits for an untidy denouement.