The Artful Escape made a big splash when it arrived on consoles last year, and we took this supersonic space opera for a spin ourselves with the Switch port in January, calling it “Bodacious, bombastic, and mildly spectacular” in our The Artful Escape review.

The story of a young artist struggling with their identity, The Artful Escape moves quickly from a quaint story about hometown blues into a ridiculous quest through many different galaxies and the dream of performing the best gig this side of the universe has ever seen. Melding platforming and music together to create an unforgettable odyssey of cosmic proportions.

To celebrate its release on Nintendo Switch this year, we got the opportunity to speak with the game’s director Johnny Galvatron about the trials and tribulations of creating such a project, the implementation of different musical elements, and the games many different influences across both music and comedy. We recommend playing the game first, but this interview isn’t filled with spoilers in case that is a worry for you.

Pocket Tactics: You wear your influences on your sleeve, with acts like Dylan, Bowie, and Parliament all coming through. What smaller acts were essential to your creative process that people may have missed?

Johnny Galvatron: Devo, Van Halen, Brian Eno, Talking Heads, Blondie, Grace Jones, the Who, Pink Floyd. I’m usually drawn to anything with a sense of theatre to it, musicians with a strong sense of image and accompanying visuals. Anything you could play on the edge of the white cliffs of Dover with the wind in your hair. 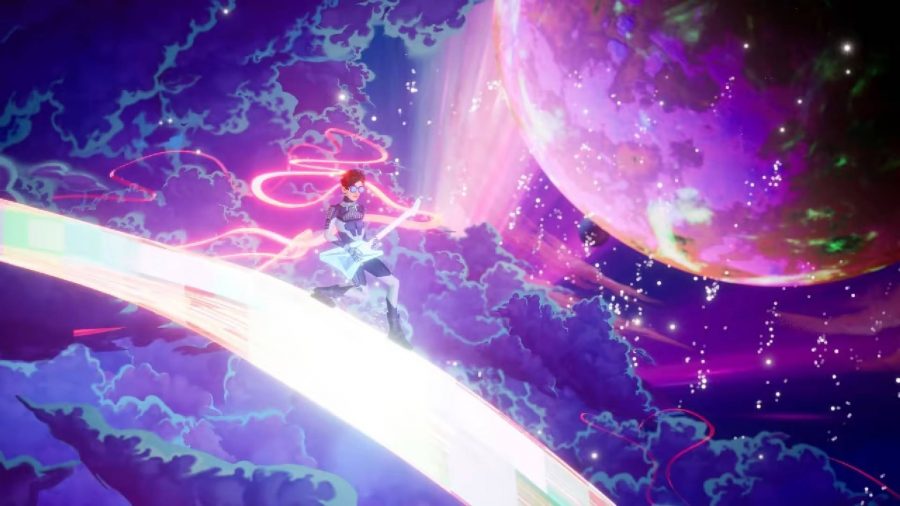 How was the experience of porting to Switch? Did the art style help, and did you learn anything during the process?

It certainly did not help. It’s always a challenge porting, especially when you’re looking at hardware like the Switch. You’ve gotta be creative and save on anything and everything you can. Having said that, I love playing the game handheld. It’s a game that switches from small, countryside, intimate moments to grand space opera stages in the galactic abyss, and it’s nice to curl up with that.

The Artful Escape has a stellar voice cast, and they all feel very deliberately chosen. Did you write with certain actors in mind, or did they inform the character during the creative process?

The game was never going to be voiced. That was something that came later down the track. I was doing a read for our publisher Annapurna and we agreed the game just hit better when voiced out loud. Though, I always imagined Lightman as Carl Weathers. Carl blew us away. I can hear you asking, but is he a warm, lovely gentleman? Yes. Yes, he is. 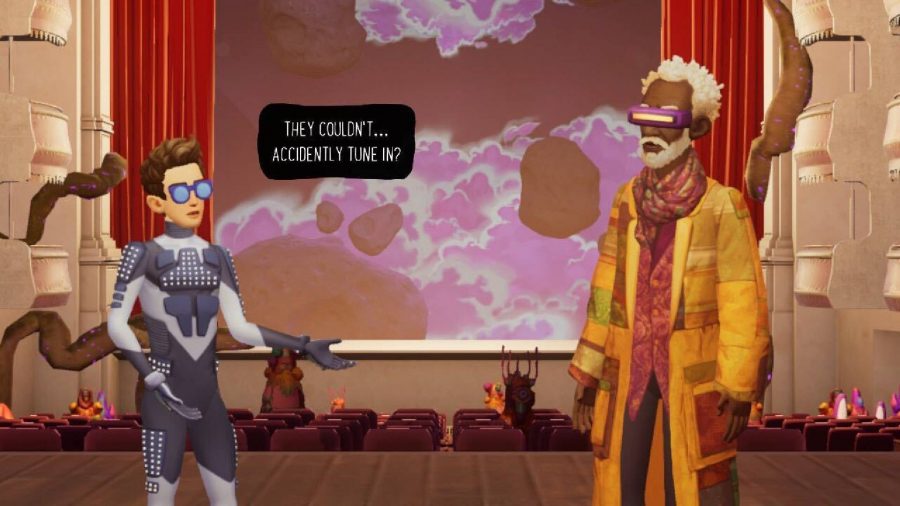 You were a guitarist in the band the Galvatrons, how much of your experience in music informed the story? And are there any specific anecdotes from your time in a band that made it into the game?

Francis’s journey is the journey I imagined as a teenager with Silverchair and Rammstein posters on my wall – a journey of magical experiences and unbelievable characters. The real thing is, at least for a mid-tier band like mine, far removed from that. Sometimes I throw up a little in my mouth when I see a 12-seater tour bus on the road.

The style of comedy feels influenced by zany British comedy like Monty Python. What were your main influences when writing the script?

Love Python, the Mighty Boosh, Darkplace. I like surreal writers like David Mitchell, Italo Calvino. And that earnest, “reach for the sky tone” comes from American cinema and music. Being Australian gives you a healthy dose of both coasts. 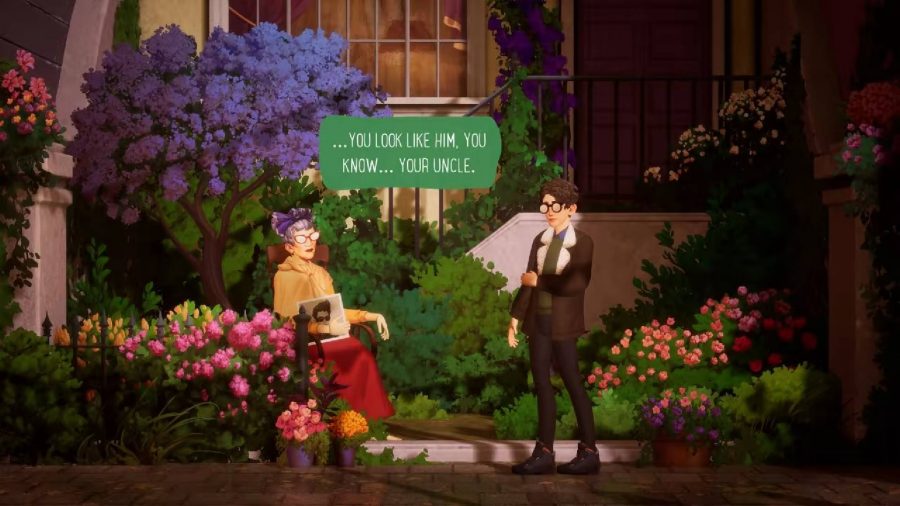 How was the process of translating your musical ideas into actual gameplay with the guitar mechanics? Was there anything you wanted to do but couldn’t fit in this time?

The guitar stuff worked straight off the bat and was probably the biggest miracle of the game. We developed a way of composing every sound, score and guitar lick in a mode that would blend together and swirl around each other. It was a joy to make, just experimenting and getting our guitarist Eden Altman to wail over wall to wall synth for hours. Had a blast.

Looking back at the game and development, what are you most proud of achieving? And is there anything in particular that you’re really happy made the cut?

I think it’s just the ridiculousness of it all. We threw everything into those first couple of levels. Built them up and scoured over them and put the bells on. And then you ask yourself, how can we go bigger than this? And each time we found a way. That’s what I’m most proud of – the fucking spectacle. 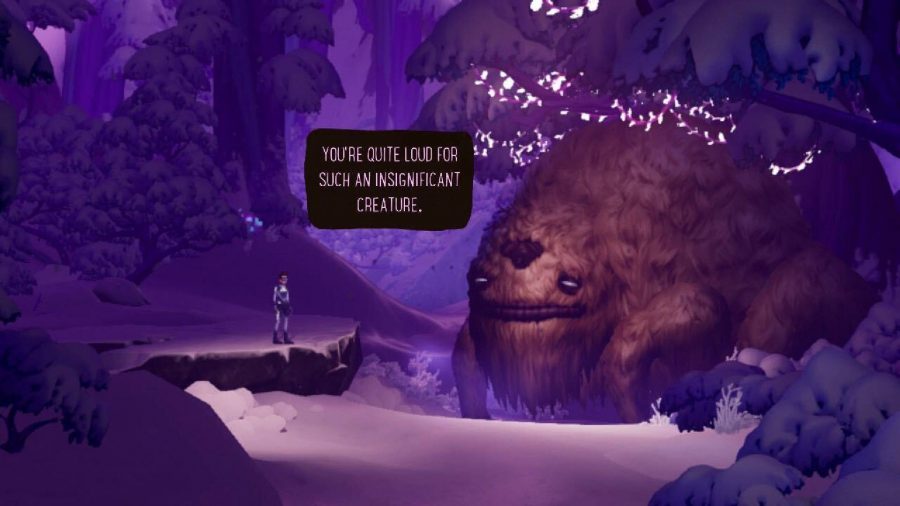 If you want to find out more about The Artful Escape, you can read our full The Artful Escape review, and if you need even more great musical delights then be sure to read through our guide to the best Switch rhythm games.