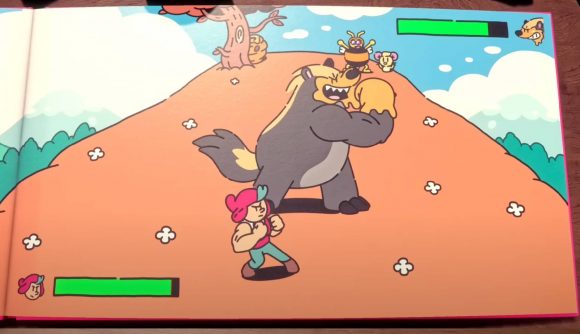 After watching last night’s Summer Game Fest and the ensuing Day of the Devs, many gamers are furiously asking when is The Plucky Squire’s release date? Unveiled during the presentation, The Plucky Squire comes from the recently launched studio All Possible Futures, which boasts a previous Game Freak employee among its staff.

The Plucky Squire features a vibrant hand-drawn art style as characters move between the pages of a children’s book, before the titular squire leaps out of the page and into the real world, presumably moving from a 2D platformer to 3D. Eagle-eyed fans may have noticed how familiar the illustrative art was, as it belongs to none other than James Turner, who you may know as the designer of Golurk, Phantump, Buzzwole, Guzzlord, Sinistea, and Meltan (among others). So, when is The Plucky Squire’s release date?

Currently set for 2023, The Plucky Squire will appear on Nintendo Switch, Xbox Consoles, PS4, and PS5. Artist James Tuner previously worked as Art Director on Pokemon Sword & Shield, and as an artist his work dates all the way back to Pokémon XD: Gale of Darkness (he’s responsible for fan favourite Shadow Lugia), so seeing his work on multiple consoles is certainly a shock. We look forward to seeing what the entire team can do after this wildly impressive trailer.

From developer All Possible Futures and publisher Devolver, check out the reveal trailer for The Plucky Squire below to get a feel for the title, as well as its arresting art style. Seriously, this could be the standout reveal from Summer Game Fest so far. 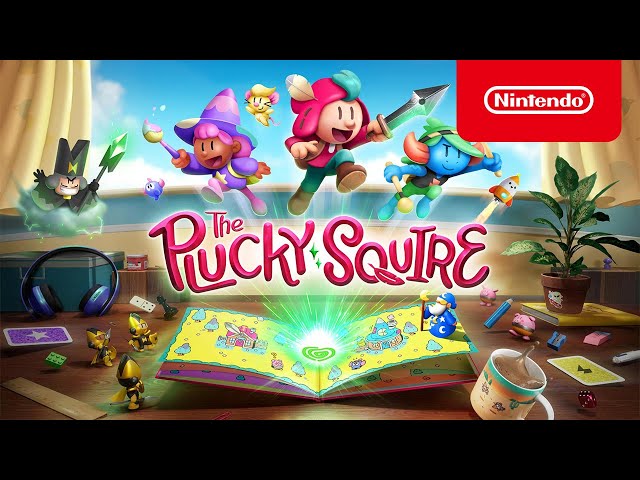 There are currently no clues as to a release date for the Plucky Squire, though the description for the game’s trailer on the Nintendo YouTube channel says “coming soon”. Frankly, we’re not going to hold our breath, and are resigned to the idea of this coming in 2023 at some point.

If you want to check out all the big announcements from this summer’s event, be sure to read our guide to the best Switch and mobile games from Summer Game Fest 2022.