It’s a well known fact that everyone secretly dreams of being a Witcher – and if they say otherwise they are absolutely lying to you. Something about the open road ahead, two swords strapped to your back, and a monster to slay, has an appealing simplicity. So when we heard about The Witcher: Monster Slayer – an AR game that actually lets you be a Witcher – we were understandably excited.

That’s why we decided to create a The Witcher: Monster Slayer guide, rounding up all the exciting info we know about the game. Whether that’s how it plays, how combat works, the story, the characters, or simply what monsters you’re going to get to slice and dice during your travels. So sit back and discover all of the details we know so far on The Witcher: Monster Slayer.

If you find this guide helpful, be sure to check out some of our other relevant content, such as our list of the best mobile RPGs, or best mobile MMORPGs. Good luck on the path!

what is THE WITCHER: MONSTER SLAYER’s RELEASE DATE?

CD Projekt Red and Spokko have finally revealed that The Witcher: Monster Slayer will launch globally for Android and iOS on July 21. You can pre-register now on Google Play.

who are the npcs in MONSTER SLAYER?

In the gameplay reveal we got a look at a few different characters, including both a merchant and another Witcher from the School of the Wolf. The Witcher character is your master in the game, and actually looks a little like an older version of Lambert, but considering when the game is set, we know that’s impossible.

It looks like The Witcher: Monster Slayer has NPCs who give you quests, as well as travelling merchants you buy items from. Though, considering this is AR, it’s unlikely that NPC interaction will be a massive part of the game.

are there quests in monster slayer?

From what we’ve seen of The Witcher: Monster Slayer’s quests, there’s actually a lot to be excited about: 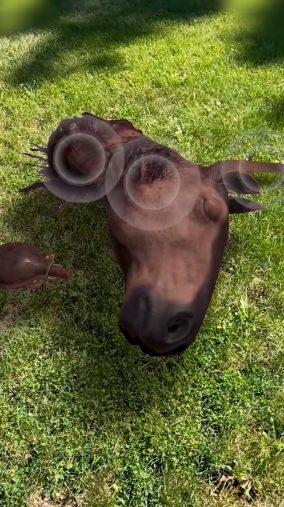 This is how the game explains so many Witchers being active at the same time, considering they are more of a dying breed during the novels and the games.

how does combat work in monster slayer?

For those of you who’ve played Elder Scrolls: Blades, Monster Slayer’s swiping combat should be very familiar, but it also has a few twists of its own. Here’s how it works:

how do bombs and signs work?

Another cool feature of Monster Slayer is that you can bring the full Witcher arsenal to bear against monsters, with bombs and signs. Here’s how they work:

what are potions and oils for?

Just as in the other Witcher games, Monster Slayer features oils, potions, and prep before you face your fearsome opponent. Before you go into a battle, you can view the monster’s vulnerabilities, and equip yourself to deal with them – whether with the right bombs, a potion, or a handy oil. We don’t know what precise potions will be in the game yet, but considering you have a health bar, it’s fair to say healing will be available to you.

can i design my character in monster slayer?

It looks like character creation is a part of The Witcher: Monster Slayer, and you’ll get to decide how your character looks, as well as giving them a name. It doesn’t seem to go beyond that, but it’s a nice touch to make the game a little more personal.

how does the skills system work?

Monster Slayer also has a skill system. Here’s how it works:

is there a monster slayer bestiary?

There are a whole lots of monsters in The Witcher: Monster Slayer. Here’s what we know:

what’s the map in monster slayer?

The map in The Witcher: Monster Slayer seems pretty similar to most AR games. You walk around the overworld and tap on the monster that you want to fight, or the encounter you want to engage in.

There are also some handy map filters that highlight monster density, and whether those monsters are common, rare, or legendary. We don’t know exactly what Falcon does, but it’s fair to assume it increases the chances of rare monster encounter, kind of like Incense in Pokémon Go.

And that’s everything we know! If you want to stay up to date with The Witcher: Monster Slayer news, be sure to follow the game on Twitter, or check the official website. For more similar games, see our lists of the best mobile RPGs, and the best location based games on mobile!