As the age-old saying goes, “play one mobile MMORPG and you’ve played them all.” Okay, that’s not a saying; we just made it up. But, aside from the likes of Old School RuneScape, it’s pretty much true, and V4 doesn’t do anything to convince us otherwise. That doesn’t make it a bad game; far from it. But it’s nothing we haven’t seen before.

Well, it does stand out in one particular area: the visuals. It really does defy expectations of what mobile games are capable of. If you’re the sort that’s blown away by flashy graphics, you’re going to really enjoy your time with V4, as it does look like a PC or console game squeezed onto mobile.

Which is a good thing, as that’s exactly what this is. V4 features cross-platform support with PC, so you can start playing on your desktop or laptop, then play whenever you leave the house on your mobile. The only issue is that we don’t think it’s going to fit quite so comfortably on PC, as V4 feels like it has been built from the ground up for mobile. How you feel about that entirely depends on how you get on with mobile MMORPGs in general.

Because, as we alluded to earlier, V4 is very similar to its mobile genre siblings. If you’ve played the likes of Lineage 2: Revolution or Black Desert Mobile, you’ll know exactly what to expect here. We’re talking autoplay, gender-locked classes,and all of the usual gameplay loops, like refining gear, hunting for resources, and participating in region boss battles and PvP.

But while it doesn’t innovate, it does do a lot of fine-tuning, and the result is arguably the best of these type of MMORPG on mobile yet. We’re not talking purely visually either; there are loads of nice little touches that we appreciated while playing. This includes the ability to avoid attacking enemies another player is facing while in autoplay, which is a surprisingly friendly courtesy, and an option to automatically skip quest dialogue. While we’re not usually an advocate of skipping story in video games, the voice acting and writing in V4 is so subpar we were more than happy to.

It’s also, surprisingly, not all that greedy when it comes to microtransactions. For a start, there’s just one subscription to pay for, which is a stark contrast to Lineage 2: Revolution. It’s also a fairly reasonable $9.99/£9.99, and provides you with some great benefits, like double XP, more gold, and higher attack and attack speed. That does mean V4 enters pay-to-win territory though, but that’s pretty much par-for-the-course of a mobile MMORPG. 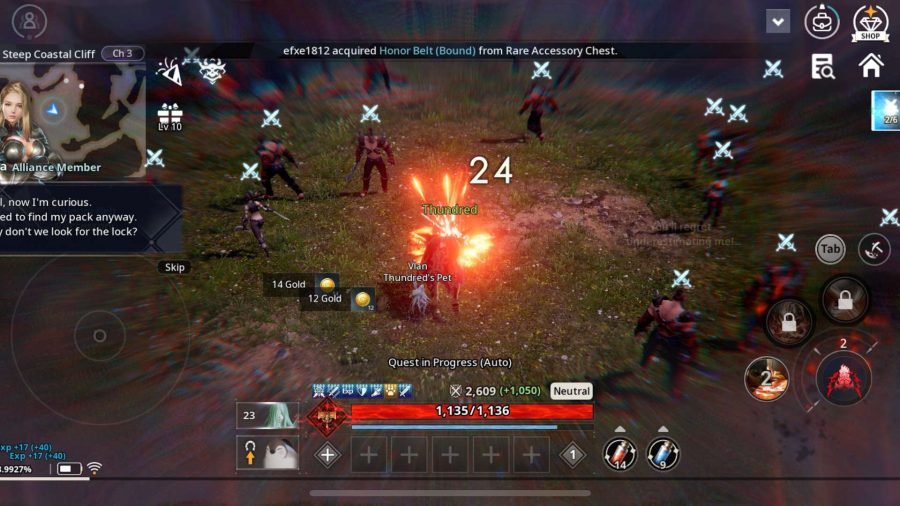 But for everything V4 does right, it does have its slip-ups. We wasted a lot of enhance gear scrolls upgrading our weapons and armour, only to later learn that you can’t transfer your enhancements to any new gear you equip. Then there’s the fact you have to manually accept certain quest rewards, you can’t change your character’s gender, and, given that each class uses the same equipment, there’s very little in the way of character customisation.

What that means is that V4 doesn’t quite have a clear advantage. It might well be the best mobile autoplay MMORPG yet, but if you’re looking for character customisation, you’re going to look at World of Kings instead. If its a friendly upgrade system, you’ll keep playing Lineage 2: Revolution. Those who are already invested in a MMORPG, which has ‘massive’ in the genre name, aren’t going to simply up sticks and play the new upstart if they don’t either offer something new, or provide the absolute best experience.

So, ultimately, it doesn’t really matter how amazing V4 looks, or that it provides lots of nice little touches here and there. It doesn’t even really matter that it’s the best autoplay MMORPG yet. The fact of the matter is that it just doesn’t do enough, whether its through innovation or a total refinement of systems, to drag gamers away from their mobile MMORPG of choice. 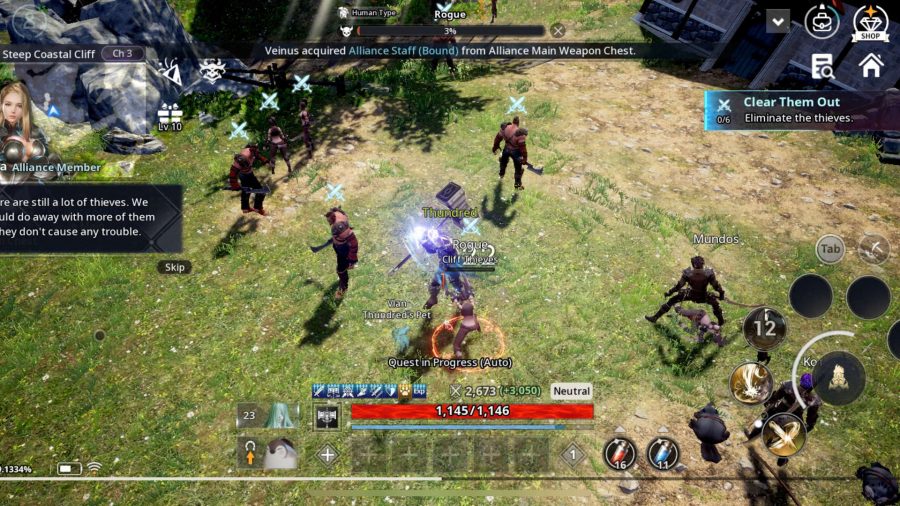 You can grab it on the App Store or Google Play right now if you’d like to check it out.

V4 might be the best autoplay MMORPG on mobile, but a lack of innovation and systems refinement means it's not a tempting enough prospect to give up on whatever you're already playing to start fresh