Warhammer Quest: Silver Tower is a game about champions, as in each trial you take your best and brightest to face the worst that the Gaunt Summoner has to throw at you. So we decided it was only natural to make a Warhammer Quest: Silver Tower tier list, so you know which characters are the best to use. Silver Tower puts a lot of stock in stats, and weapons, but champion abilities and class skills, and how they synergise together, are still super important.

In this Warhammer Quest: Silver Tower tier list, we’ll break down every champion into a specific tier, list their abilities and backstory, and explain why we put them there. We’ll also keep this list updated with any new Age of Sigmar champions that get added to the game. 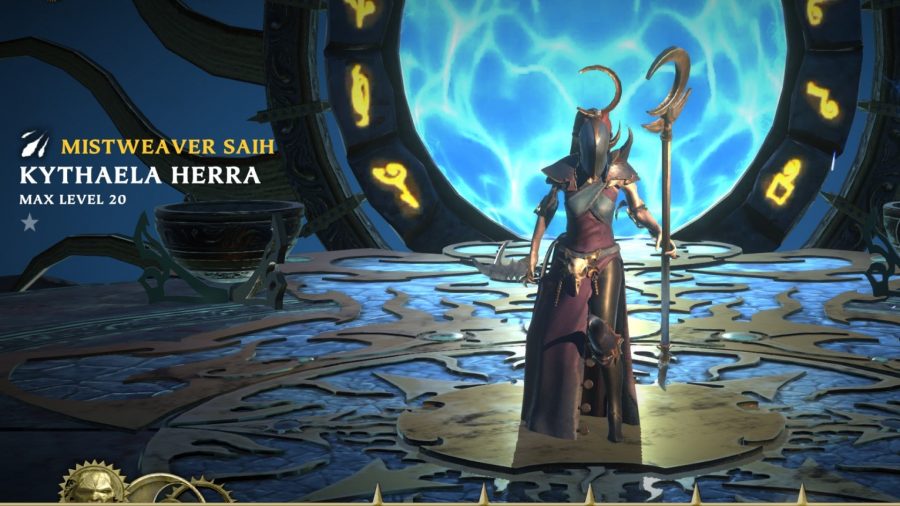 ‘A sinister figure from the realm of shadow. She is an immensely powerful enchantress, creating storms of illusory horror and violent bloodshed.’

Magic users are very powerful in Silver Tower, building damage and range for every turn they don’t attack. On top of that, the Mistweaver Saih can also stun a group of units for a single turn. Even though she is only able to use it once, this ability can get you out of so many sticky situations, especially when many of Silver Tower’s stage objectives revolve around either escaping groups, or a single dangerous foe. 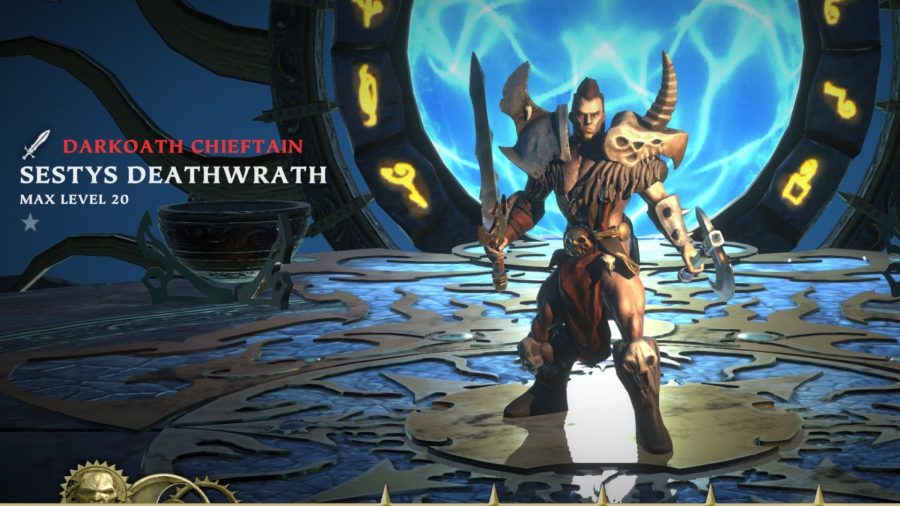 ‘A notable survivor; his every deed is meant to win the favour of the Dark Gods. He has slain countless mighty rivals in order to receive their gifts.’

Deathblow is fairly inconsistent, so isn’t great to rely on, but the Darkoath Chieftain’s whirlwind is the best melee champion skill by far, and basically kills all enemies gathered around him every two turns. 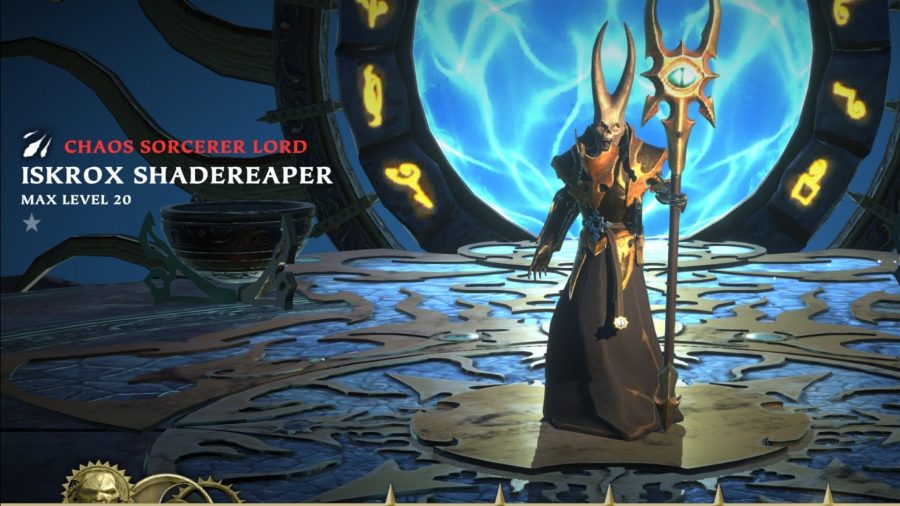 ‘A magic user of terrifying renown, able to wield fell energies and bend them to his grim will, this is a fearsome foe to encounter.’

As the second magic user in Silver Tower, the Chaos Sorcerer is very powerful. His daemonic power ability lets him buff your champions at two separate points in a battle, allowing them to punch above their weight. He is especially strong when used to buff ranged units. 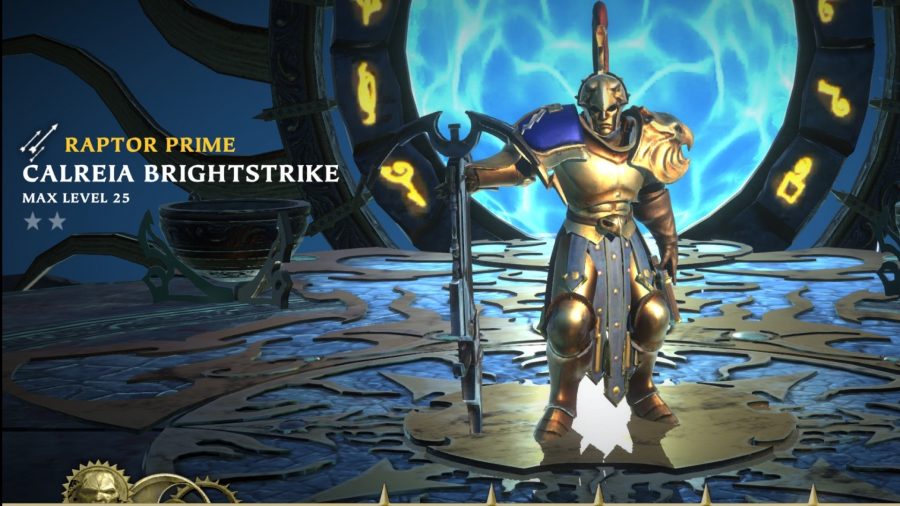 ‘Raining death from afar or poised in well-chosen vantage points they wait with bolts loaded, reading the ebb and flow of battle until the perfect prey appears.’

The Raptor Prime is Silver Tower’s best ranged choice, able to dish out high damage, use a powerful long-range critical shot, but also tank a hit or three. Also this character has a very cool model. 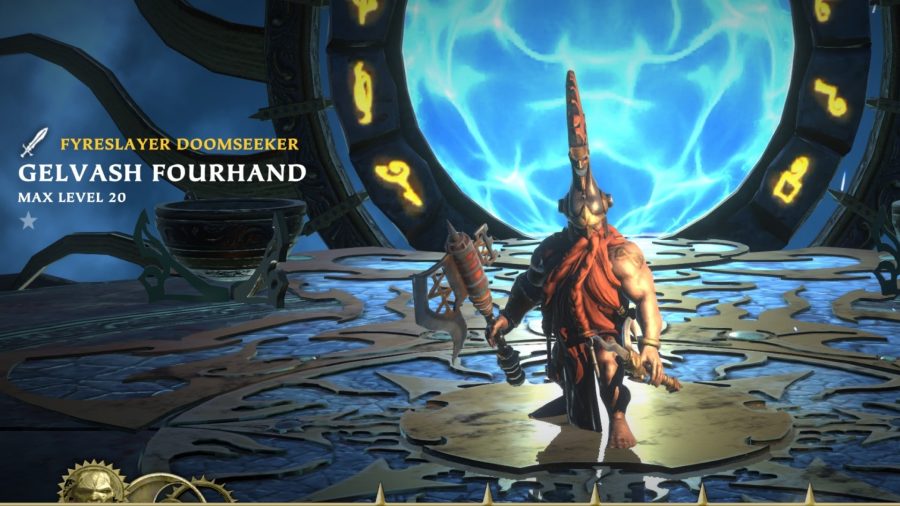 ‘It is said that his axe scorches the air with every swing, that he spits glowing cinders with every war cry, and that the wrath of the forge burns in his glare.’

The Fyreslayer Doomseeker is a decent melee combatant, and his ability, Charge, is effectively a better version of the Knight Questor’s, allowing him to set fire to four squares, while also damaging enemy units in his path. Any unit that steps on fire takes significant damage, so it can be useful for halting enemy advances. 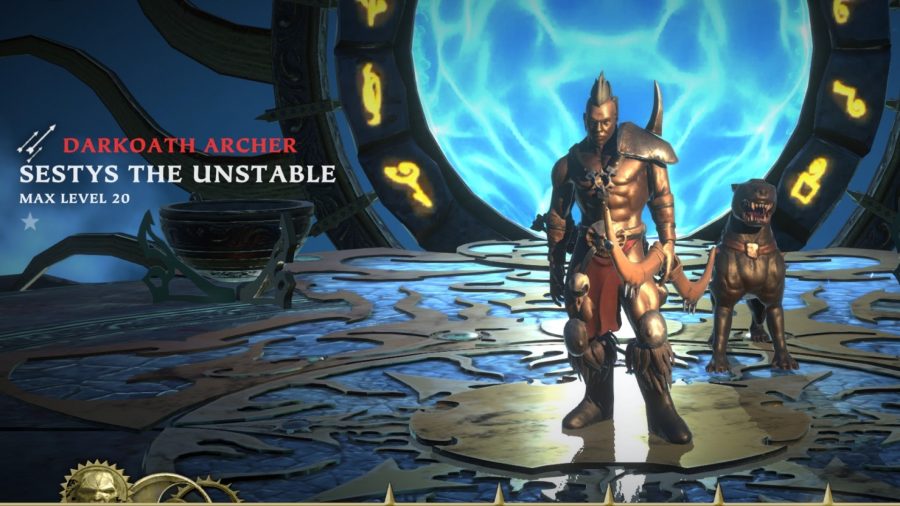 ‘A natural born fighter, aided by the corrupting taint of Chaos and his hound. An accurate and deadly menace on the battlefield.’

The Darkoath archer is an excellent ranged unit. The combination of reaction shot, and the ability to effectively summon a free blitz unit every two turns, makes him super versatile. 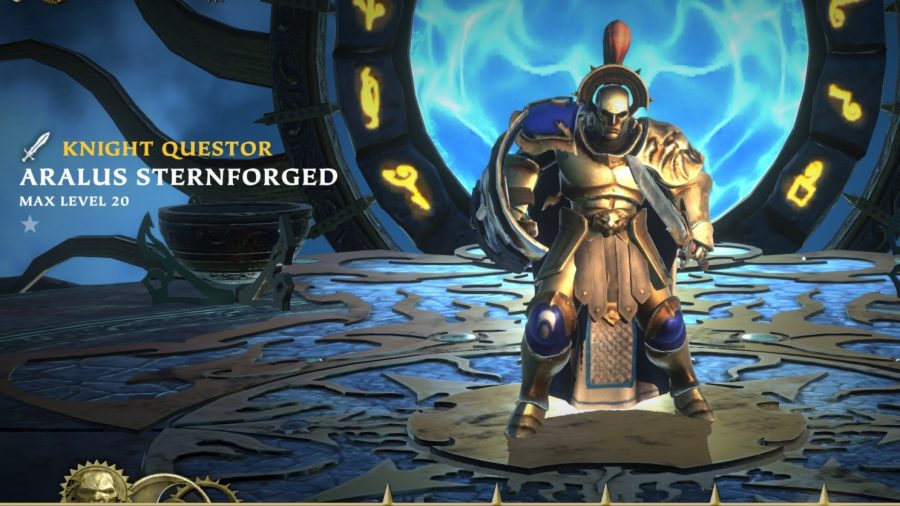 ‘A shield for the mortal realms, he undertakes great quests. Slaying terrible enemies or recovering powerful artefacts that might swing the tides of war.’

The Knight Questor is a strong general champion with good attack and good defence. While his Thundercharged Strike ability isn’t as good as Charge, it can still take out enemies in a line every two turns. 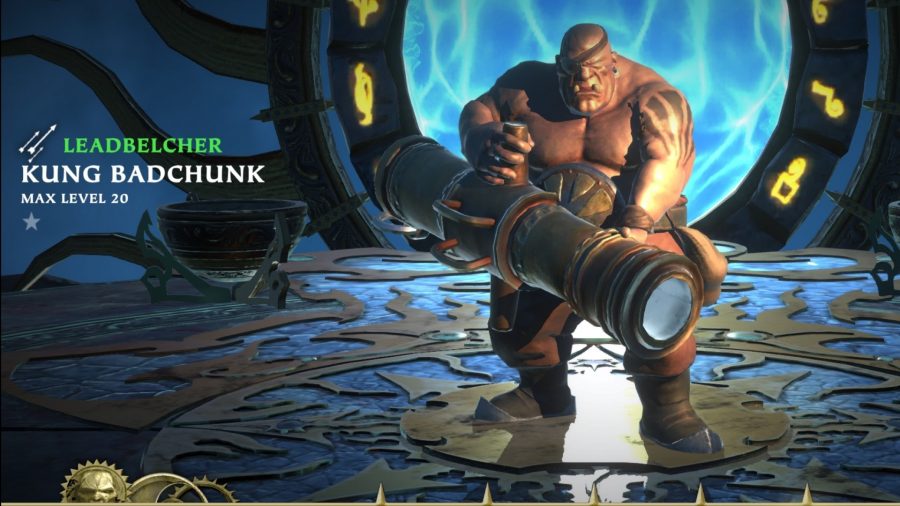 ‘Obsessed with destruction and noise, they arm themselves with great portable guns filled with black powder, metal shot, and the occasional cannon ball.’

The Leadbelcher is a pretty tanky ranged unit, but while his Thunderous Blast ability is fairly strong, its limit of one use per stage make it far less effective than many others. 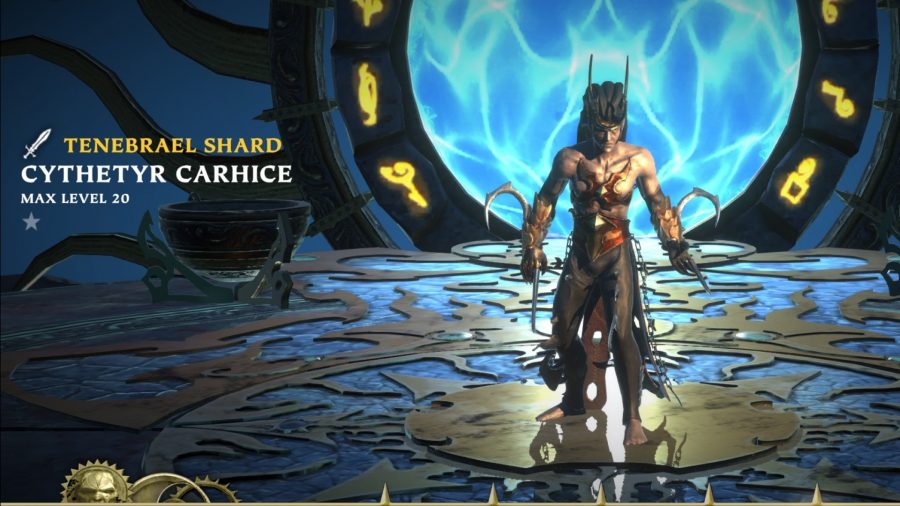 ‘Fast beyond belief, supernaturally agile and ominously silent, he closes quickly upon his prey and ends their lives with callous efficiency.’

The Tenebrael Shard may be a damage dealer, but his ability makes him far too vulnerable to be of any real use. If it included a powerful follow up attack, it might be more viable, but in a game about surviving, an ability which isolates you isn’t the most useful. 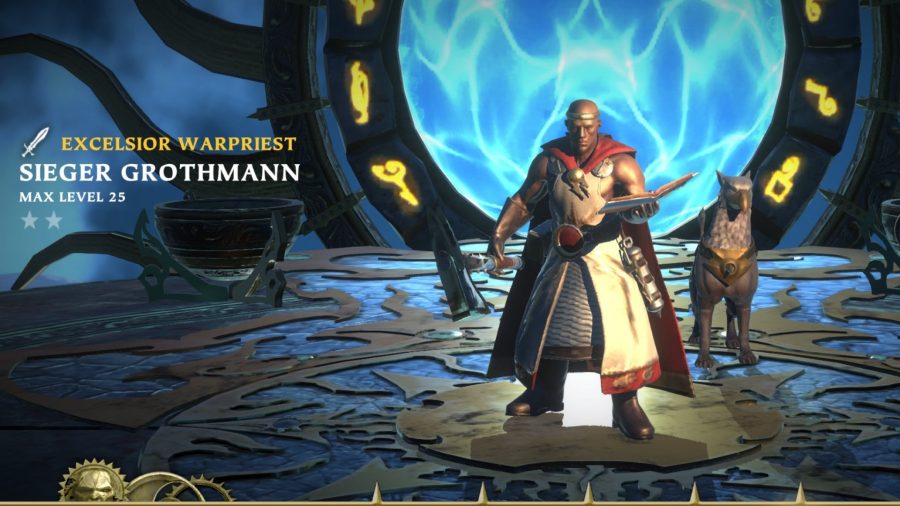 ‘Booming forth prayers and fighting alongside his faithful Gryph Hound, this mortal man scours away the abominations of Chaos.’

And that’s all the champions! If you want to check out Warhammer Quest: Silver Tower for yourself, it’s available on Google Play and the App Store. For more similar recommendations, see our list of the best mobile strategy games!