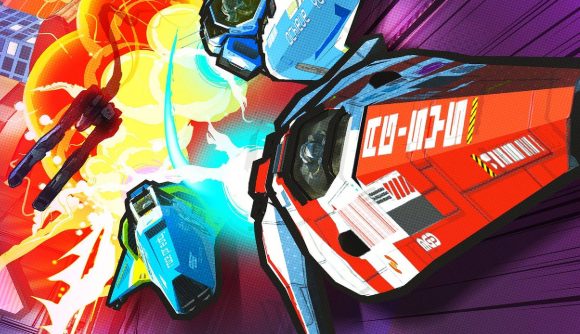 Wipeout Rush is hurtling onto smartphones in 2022 thanks to publisher Rogue Games, as revealed in a story by IGN today. This reimagined version of the franchise brings back the break-neck speed of the beloved originals, but has optimised the gameplay for mobile devices, including unique card-based gameplay and a brand new campaign.

The title also promises 60 ships from the original games, while the single-player mode takes on a comic-book-inspired design and narrative while taking players through 12 championships, and five different environments. All while running at a solid 60 fps, with visuals that reimagine the franchise for mobile. Meanwhile, longtime fans will be happy to hear the game features a new electronica soundtrack, from long-standing composer Alastair Lyndsay.

In a statement to IGN, Rogue CEO Matt Cassamassina said “We hope fans will come to it with an open mind because—although different—we’re proud to bring the wipEout franchise back into focus with a fresh take on the formula.” Wipeout Rush is currently only listed as for early 2022, but we will update this page with a specific date as information is released.

You can watch the reveal trailer below, and see the new direction for the series.

In the meantime, check out our guide for the best mobile games in 2021 to keep your thumbs occupied until next year.