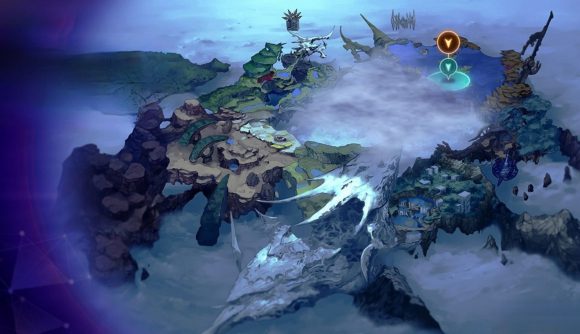 The total walkable area of Xenoblade Chronicles 3’s map is five times the size of the previous game, Koh Kojima, the game’s producer and director, recently revealed in the third part of a series of developer interviews Nintendo has been releasing.

“Well… I’d like this third entry to be the last one with such a large volume of content!” Kojima said, clearly with a sense of humour. This comes alongside the series creator Tetsuya Takahashi saying, “ultimately I like having an abundance of content”, which is likely what pushed Xenoblade Chronicles 3’s map to such a large scale in the first place.

This discussion of scale led the team into one about the world itself. Not only is it bigger than before, but it also works a little differently, with both Takahashi and Kojima explaining why they implemented clearer guidance in this title.

Takahashi said, “I was personally concerned that the guide system would make players only follow the guide, and that they would miss out on some interesting gameplay discovered when making detours…” though he was more focused on removing any frustration from players not being able to find their way.

Meanwhile, Kojima’s focus was on making the games easier to understand than before. “Hearing people say that they felt lost in past titles, I was determined not to let players feel that way this time around. As Takahashi-san said, if you add a guide, people will inevitably go the way it is pointing, so I often had discussions with Yokota-san about whether we should really put it in or not.” 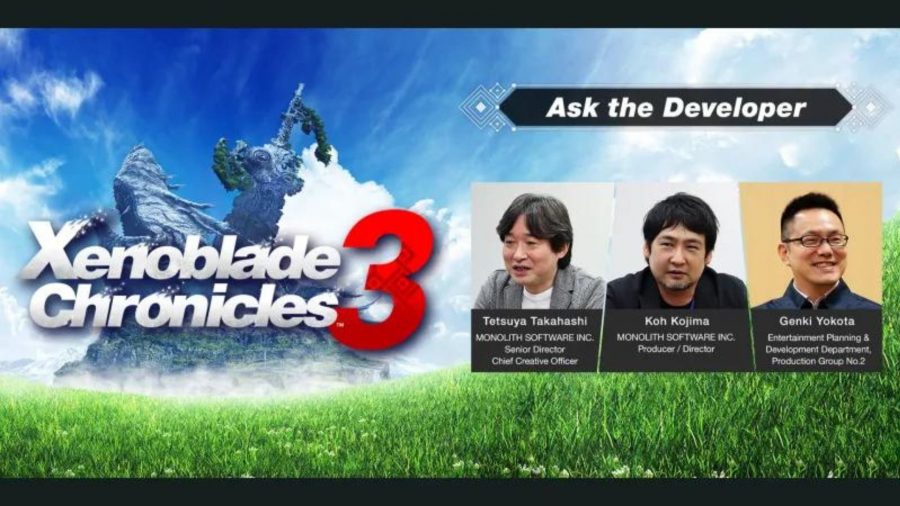 “We hope that those who enjoyed that content, as well as newcomers, will pick it up. It will be quite a high volume of content that will not let you down… I’m talking about the volume again.” It’s nice to see these devs just having a laugh, isn’t it?

Anyway, we’ve got loads more Xenoblade nonsense knocking about if you want some more stuff to read. We have a Xenoblade Chronicles timeline explanation for all you newcomers or an exploration of Xenoblade Chronicles’ Operation Rainfall fan movement for anyone in need of a history lesson.